Shocking moment thug with eight-inch knife shouts ‘you got a tool?’ as he threatens man in Starbucks car park then tells him ‘I’ll f*** you up’

Chilling footage has captured a thug threatening a man with an eight-inch knife outside a busy Starbucks.

The man, wearing a hoodie and balaclava, was filmed was filmed by terrified passers-by brandishing the weapon in broad daylight at the Starbuck’s Drive-Thru in Northfield, Birmingham on Saturday.

He was then seen waving around the blade while screaming at another victim nearby: ‘You got a tool? You want to jump me bro. I’ll get you done bro, I’ll f*** you up.’

The second victim chased the knifeman through the car park as the threats were hurled at him, before he fled the scene.

It is not believed anyone was injured in the incident but the thug remains at large, according to police.

West Midlands Police confirmed it was called to reports of a man brandishing a knife shortly after midday. 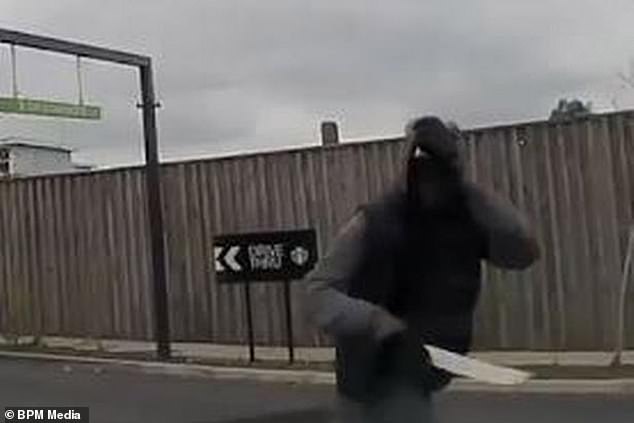 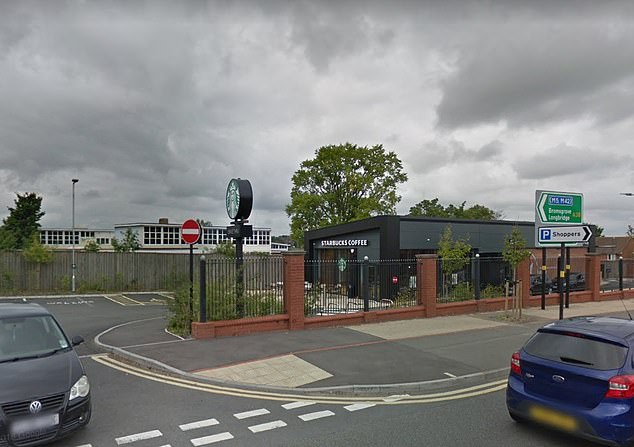 The thug terrified customers outside the Starbuck’s Drive-Thru in Northfield, Birmingham (pictured)

A spokesman for the force said: ‘We were called to reports of a man with a knife on Sir Herbert Austin Way, Northfield at 12.20pm.

‘There are no reported injuries, and enquiries remain ongoing.

‘Anyone with information can contact us, quoting log number 1155 of 23/03 via Live Chat at west-midlands.police.uk between 8am and midnight, call 101 anytime or contact Crimestoppers anonymously on 0800 555 111.’