Impatient mother-of-three, 32, who punched a 64-year-old grandmother in front of children outside a school because she was ‘in a rush’ is spared prison

A mother-of-three who punched a grandmother outside a school because she wasn’t walking quickly enough has been spared jail.

Emma Sands, 32, and a 64-year-old woman were both taking children to the same primary school.

Sands, from Stoke-on-Trent, pleaded guilty to common assault after punching the grandmother in the back and pushing her down a verge, according to The Stoke Sentinel. 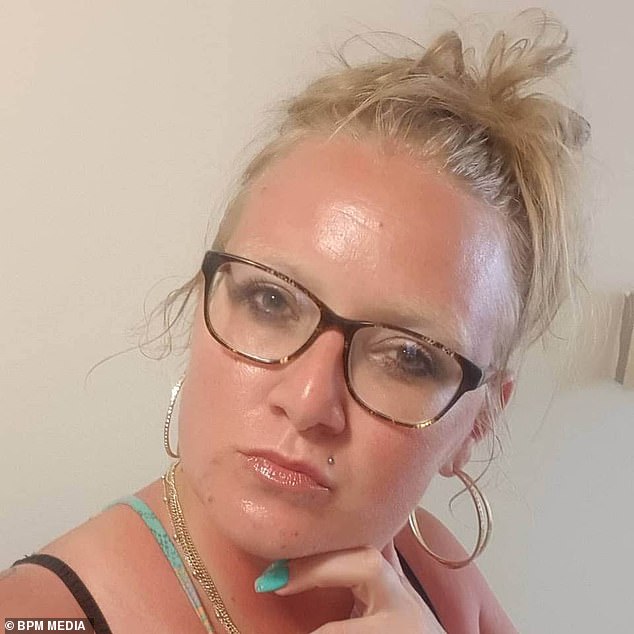 Emma Sands, 32, pleaded guilty to common assault after punching a 64-year-old grandmother on the way to school

Prosecutor Lynne Warrington told magistrates at North Staffordshire Justice Centre how the victim heard someone behind her say something as she walked towards the school.

Miss Warrington said: ‘She asked the children what was said, and they said it was a comment about her not being able to walk properly. She turned to face the defendant and asked, “What did you say?”

‘Miss Sands said, “Shut up”. She was holding a bike lock and appeared angry. She swung her right hand in what is described as “a boxer’s hook punch”.’

Sands’s punch landed on the grandmother’s back before she pushed her down a grassy verge.

The mother-of-three continued to swing at the woman while the children ‘shrieked with fear’.

Sands was later arrested and told police she was annoyed because she couldn’t get past the woman on the path. 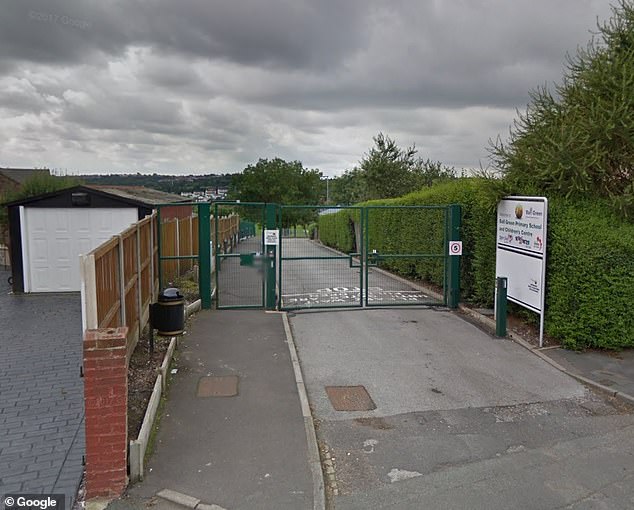 Sands pushed the victim down a grassy verge and was later arrested. She told police she lashed out because the woman was walking slowly towards the primary school

She also told a probation officer she was going through a stressful period at the time and was ‘in a rush’ that morning.

Joanne Corbett, mitigating, said: ‘She’s had an awful lot on her plate and it is also the anniversary of her husband’s death at this time of year. Miss Sands is a lady who is crying out for help.’

Magistrate Joanne Fox said: ‘This was humiliating for the victim and scary for the children. You are a mother of three children – you should know better.’

Magistrates gave Sands an eight-week prison sentence suspended for 18 months and ordered her to pay £150 in compensation to the victim.

The Stoke mother must also complete a rehabilitation programme.