SHOCKING video shows the moment a man hurled a flaming torch at a police car while an officer was inside.

The suspect, who has been identified as Brian Leil, can be seen fleeing in a hail of bullets after cops opened fire in Seattle on Thursday afternoon. 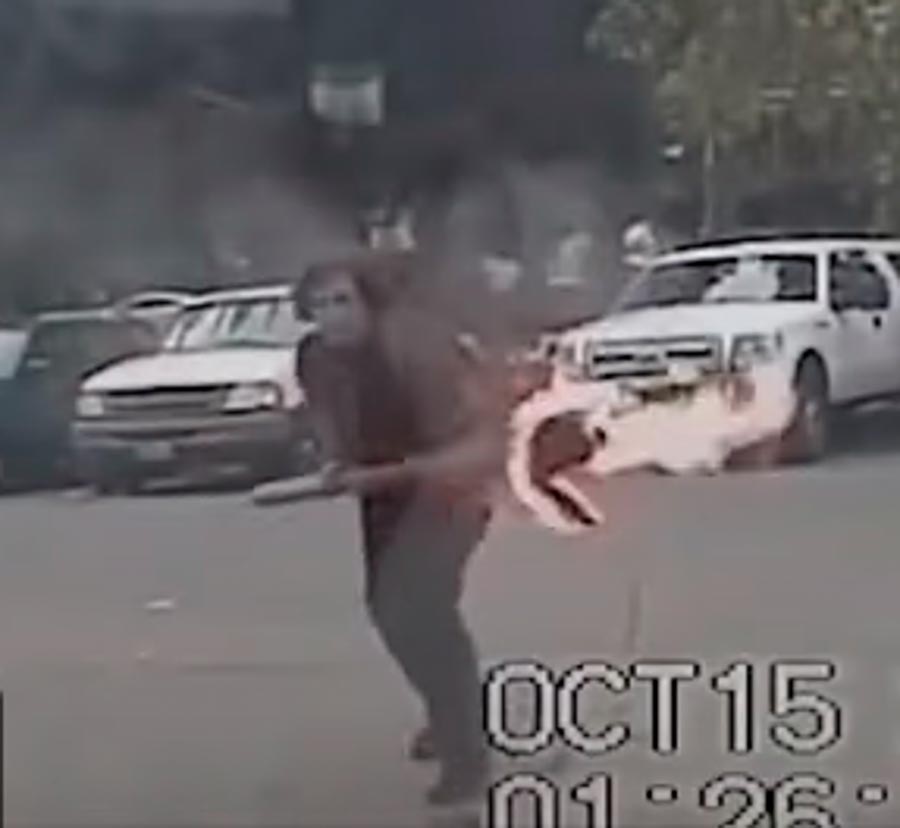 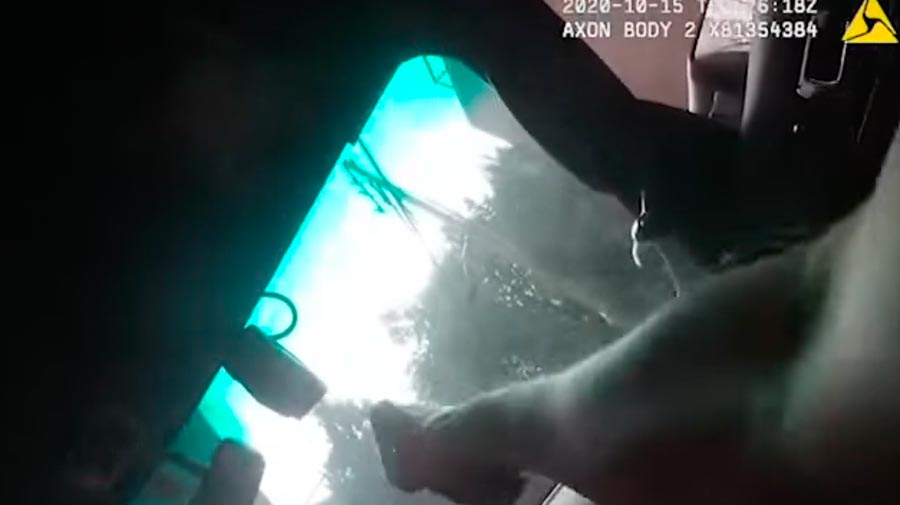 Footage shows the vehicle approaching a man who was waving a flaming piece of wood while walking down an alley.

The officer stops the cruiser and shouts at the suspect but the 37-year-old swears at the cop and continues to walk down the street.

The cop continues to drive towards the suspect, parks a short distance away and shouts: "Seattle police, stop dude!," Fox News reports.

The suspect turns around and charges at the car, before throwing the torch.

The video shows the officer firing his gun as the suspect runs away and smoke can be seen obscuring the dashcam in the vehicle.

The suspect was not injured in gunfire, cops say. 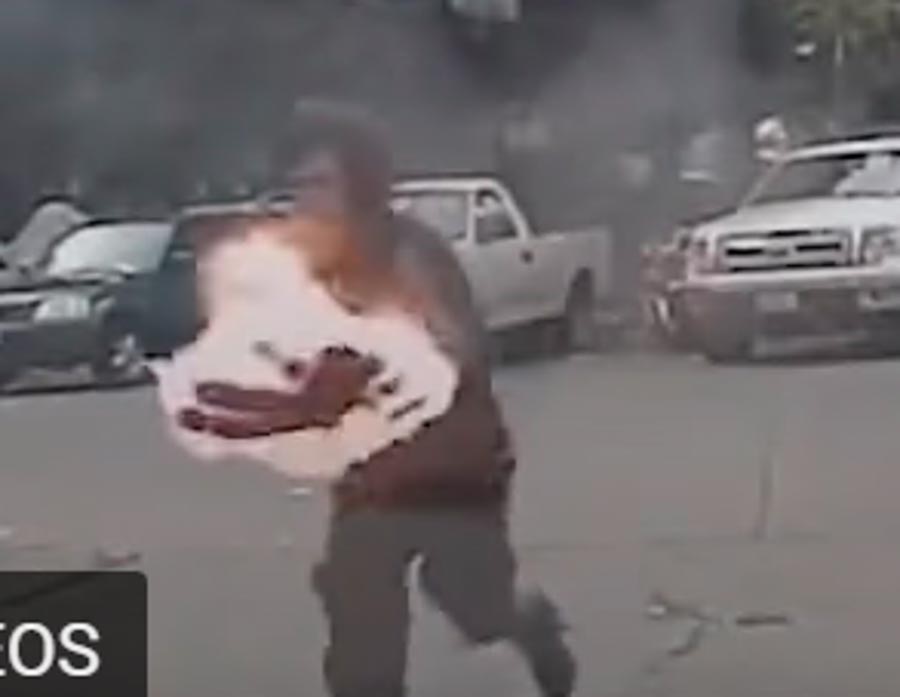 Responding officers used a taser on the man when they apprehended him in a parking garage, it's reported.

Prosecutors on Friday charged Leil with first and second-degree murder. He's being held in lieu of $500,000 bail, according to reports.

Leil told police that he had wanted to use the torch to hurt a man he had reportedly been in an argument with. It's not known why the pair were arguing.

"The defendant confessed to all of this in an audio recorded statement, and stated that after failing in his second attack on the civilian… his intention was then to commit a crime so serious that police killed him," according to prosecuting documents.

The officer, named as Caleb Pomazon, was transported to Harborview Medical Center with non-life threatening burns.

Cops say the flames engulfed the vehicle, with damage estimated to be in the region of $70,000.

He has been with the department for a year. He is currently on paid administrative leave in line with department policy. 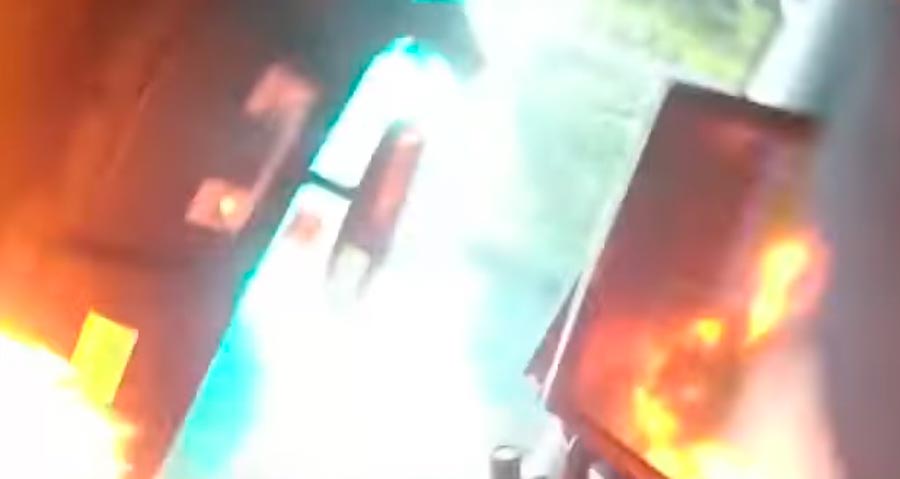 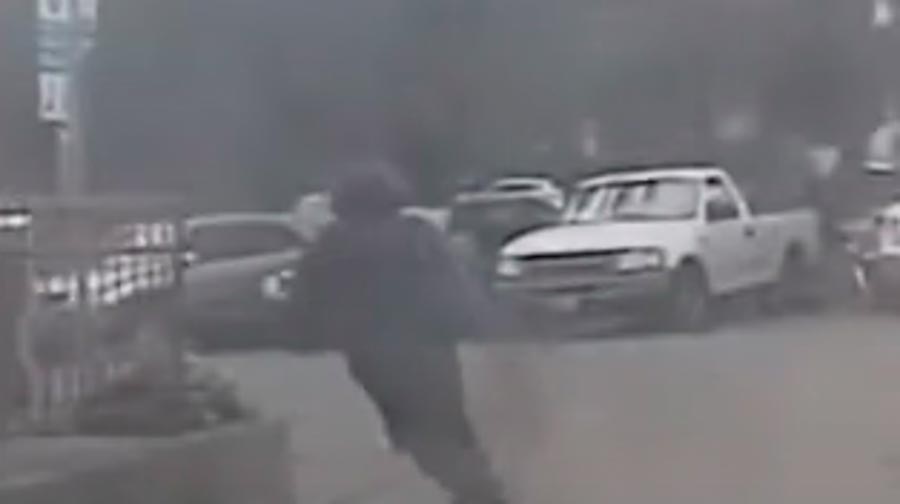 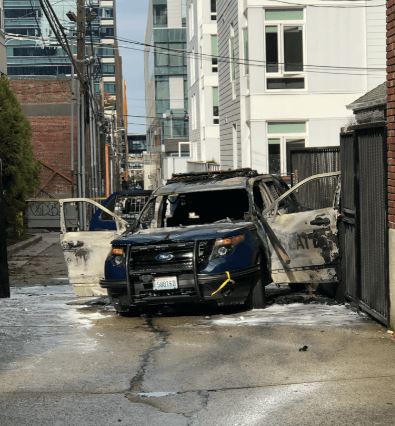