Home » World News » Sex on the beach: Couple fined for having sex in the Colombian ocean

Sex on the beach: Couple fined for having sex in the Colombian ocean

Sex on the beach: Couple fined for having sex in the ocean of Colombia while kids play nearby on the shore

A couple who was caught having sex has been fined by authorities in Colombia’s Caribbean coast department of Atlántico.

Sunbathers were shocked at the sight of a couple having sex in broad daylight at Marimar Beach in Puerto Colombia on September 11.

A family of beachgoers recorded the couple switching positions in the water as children played nearby.

A man who appeared to be the person filming the naked couple shouts, ‘I thought he was going to turn her on her back.’

A woman who was near him then said, ‘It must be that she is drugged? … That woman must be drugged up?’ 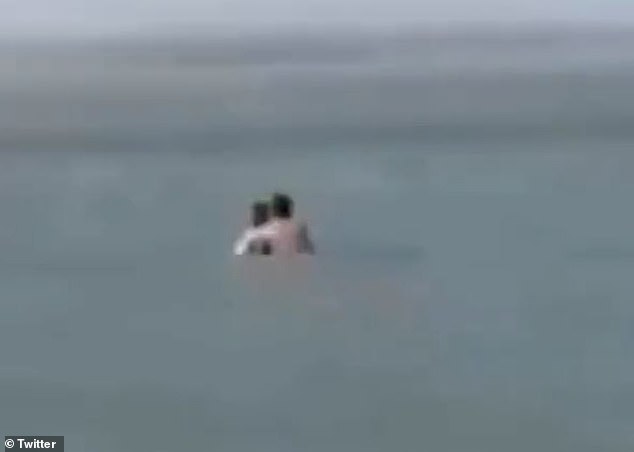 A couple was busted having sex in a beach September 11 in Puerto Colombia, a seaside municipality in the Colombian coastal province of Atlántico. Authorities were able to locate the pair after the video went viral and fined them 900,000 Colombian pesos, about $205 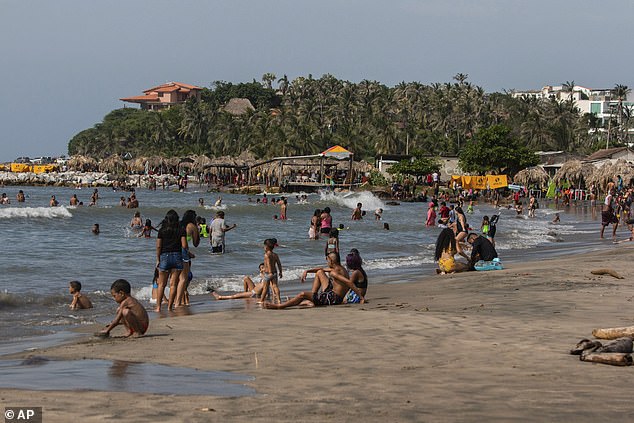 The viral video shows the couple turning around in the water multiple times.

The man recording the footage tells another person, ‘don’t look over there … he’s already laughing.’

Puerto Colombia public security chief Saúl Leyva revealed that the couple, whose names were withheld, was identified by authorities and fined 900,000 Colombia pesos, about $205.

‘We have a manual for the use of the beaches to make responsible use of the area, that is why we located these people and fined them,’ Leyva said.

The lewd beach act comes nearly two months after Emily Barríos, a native of the Colombian city of Santa Marta, was filmed having sex with an American man on the balcony of an apartment in the Caribbean coastal province of Cartagena and coerced into coughing up several thousands dollars to prevent from being processed through the judicial team. 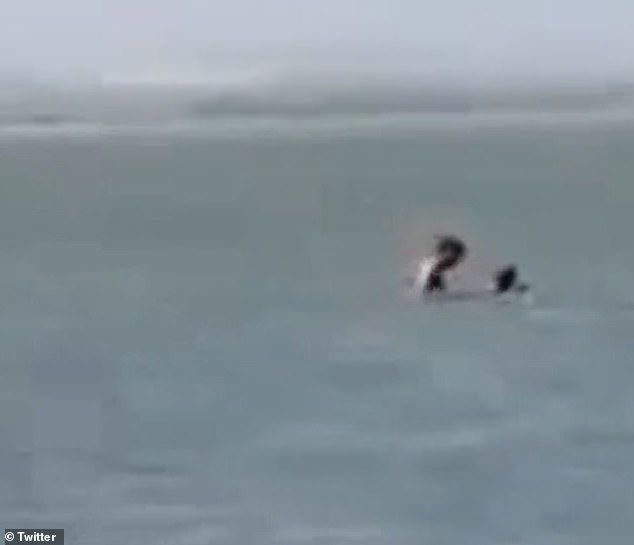 The 22-year-old woman, according to El Tiempo newspaper, said that police officers arrived at the home and showed them footage of the video that was been recorded by someone near their building.

Barríos and her partner acknowledged that they were the ones in the video having sex in front of their friends and that she was only complying with a sexual fantasy that the man had.

The interrogation went south when the two officers started asking them for money because they would be subject to a fine.

They ended up giving $3,000 to the crooked cops, Barríos said.

Although the incident was placed under investigation by the Cartagena Metropolitan Police, the American tourists were fined and asked to abandon the country.