Paris Facebook summit: May’s message to leaders on terror – ‘We need to do MORE!’

The Online Extremism Summit, which will be co-chaired by French President Emmanuel Macron and New Zealand Prime Minister Jacinda Ardern, will look at ways of stopping social media being used to organise and promote terrorism. The attendees, including European Commission President Jean-Claude Juncker, Canadian Prime Minister Justin Trudeau, King Abdullah II of Jordan, Twitter Chief Executive Jack Dorsey and Facebook Head of Global Affairs Nick Clegg, could sign the ‘Christchurch Call To Action’ – a joint pledge to eliminate terrorist and violent extremist content online. The event has been prompted following the terrorist attacks in mosques throughout the New Zealand city of Christchurch in March, which saw 51 people killed and was livestreamed on Facebook.

This saw 1.5million copies of the video removed from the leading social media website, with footage still appearing on YouTube as long as eight hours after it was first posted.

Speaking ahead of the summit, Theresa May warned more has to be done to ensure such terrifying content does not appear on the internet in the first place, admitting the livestreaming of the attacks in Christchurch “exposed gaps in our response”.

The Prime Minister said: “The sickening attacks on Muslim worshippers in Christchurch shocked the world.

“That 1.5 million copies of the video had to be removed by Facebook – and could still be found on Youtube for as long as eight hours after it was first posted – is a stark reminder that we need to do more both to remove this content, and stop it going online in the first place. 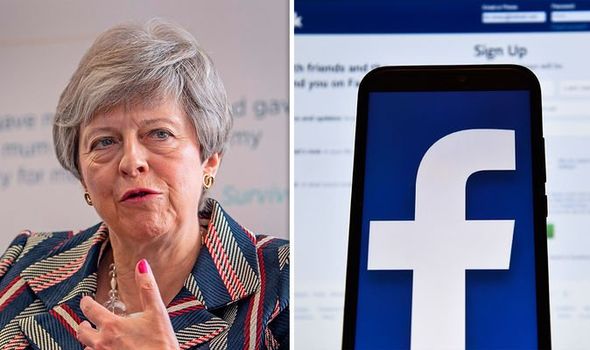 “While we have seen significant progress on this issue since the terror attacks on the UK in 2017, the livestreaming of these attacks exposed gaps in our response and the need to keep pace with rapidly changing technological developments.

“My message to Governments and internet companies in Paris will be that we must work together and harness our combined technical abilities to stop any sharing of hateful content of this kind.”

At the summit, Mrs May is expected to raise concerns about the growing threat posed by the Far Right, and call for greater progress to develop technical solutions and better collaboration between online platforms.

She will also appeal for countries to take forward a shared, international approach to regulation, and follow the lead set by the UK’s Online Harms White Paper, which for the first time would create a legal duty of care on internet companies. 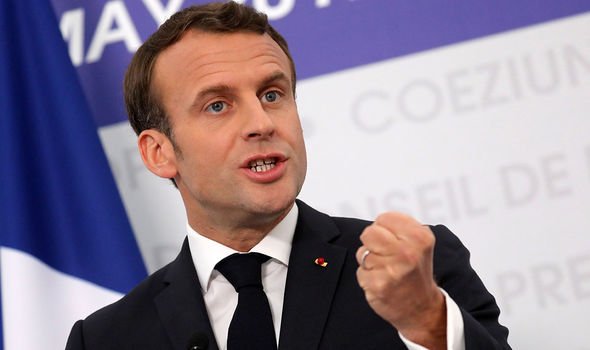 On the need for international action, the Prime Minister is expected to say: “I want the internet to be a safe place for all our citizens.

“That’s why we announced plans for new legislation in the UK – creating a legal duty of care on internet companies to keep users safe from harm. This will be backed up an independent regulator with the power to enforce its decisions.

“We are the first country to put forward such a comprehensive approach, but it isn’t enough for us to act alone.

“The internet is global and online threats have no borders. Companies should be held to consistent international standards, so their customers enjoy the same level of protection wherever they live.”

The summit in Paris comes after shock new analysis from the Home Office revealed an unnamed white nationalist and neo-Nazi discussion forum has seen more than 12million posts in response to nearly one million individual threads. 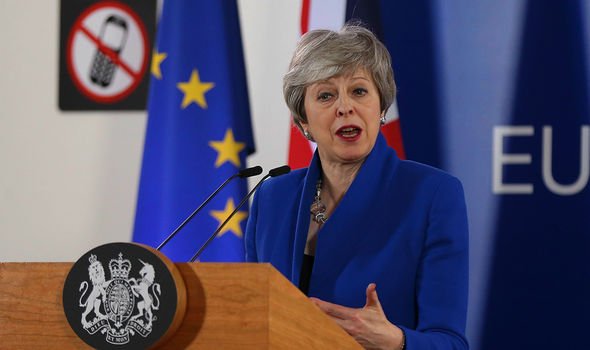 This has amassed over 800,000 visits in just one month, with 10 percent of this total appearing to originate from the UK alone.

The UK Government added its analysis also highlighted how a number of different platforms and anti-establishment themes are being used to attract a wider audience and exposing them to Far Right material.

Previously, the UK backed the establishment of the Global Internet Forum to Counter Terrorism, led by Facebook, YouTube, Twitter and Microsoft, which was created following the Westminster terror attack in March 2017, as well as developing new technology to automatically detect Daesh video propaganda.

In September of the same year, Mrs May, Mr Macron and then Italian Prime Minister Paolo Gentiloni hosted the first ever UN Summit of Government and industry to step up attempts to reduce the time it takes to remove terrorist content online, and stop this being uploaded in the first place.