BEIRUT (Reuters) – Rescue workers digging through the rubble of a Beirut building for the third day on Saturday said there was no longer hope of finding someone alive more than a month after a massive port explosion shattered Lebanon’s capital.

About 50 rescue workers and volunteers, including a specialist team from Chile, had worked for three days to locate anyone after sensors on Thursday detected signs of breathing and heat.

“Technically speaking, there are no signs of life,” Francisco Lermanta, the head of volunteer rescue group Topos Chile, said in a news conference on Saturday evening, adding that rescuers had combed 95% of the building.

The signs of life detected in the past two days, Lermanta said, were breaths of fellow rescuers already inside the building picked up by their sensitive equipment. He said efforts would now focus on clearing the rubble and finding remains.

The Aug. 4 blast killed about 190 people, injured 6,000 more, and devastated whole neighborhoods. The authorities held ceremonies on Friday to mark a month since the explosion tore into a city already reeling from a crippling economic crisis.

Rescue efforts dominated local and social media, as the Lebanese were transfixed, desperate for a miracle. None came.

The ruined building where the search was continuing lies between the residential districts of Gemmayze and Mar Mikhael, among the hardest hit areas by the blast and home to many old buildings that crumbled as the shockwave ripped through. 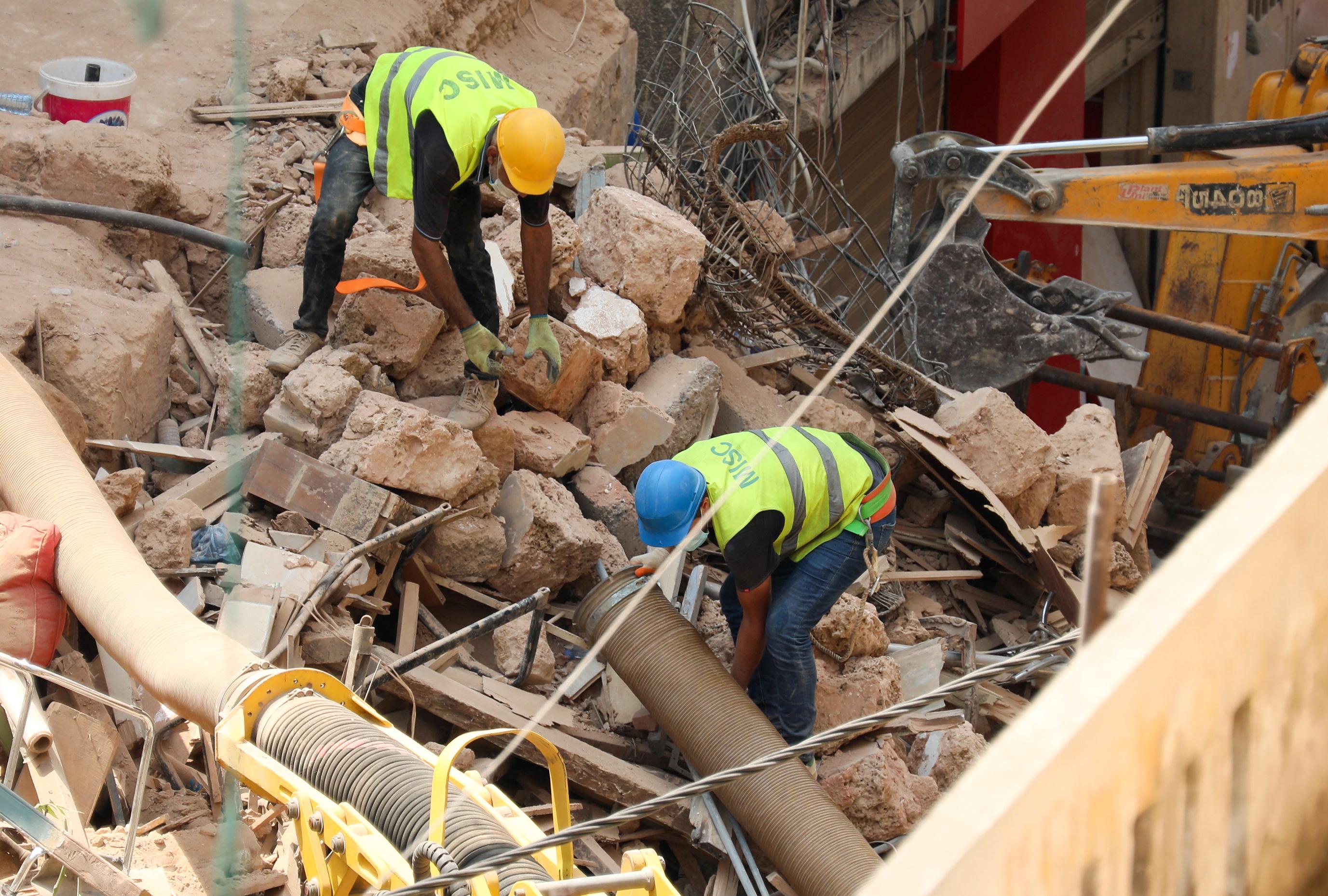 Work was slow, rescue workers said earlier in the day, as the badly damaged building was at risk of complete collapse.

“The building is really crumbling, it’s scary and there’s a lot of danger to the team,” Abou Moussa said.

Workers used shovels and their hands to dig, while mechanical diggers and a crane lifted heavy debris. Scanning equipment was also used to create 3D images of the wrecked building.