Campaigners shackled themselves to teetering bamboo towers to seal off the distribution centres in Hemel Hempstead, Basingstoke, Coventry and Heywood at 4.30am yesterday. 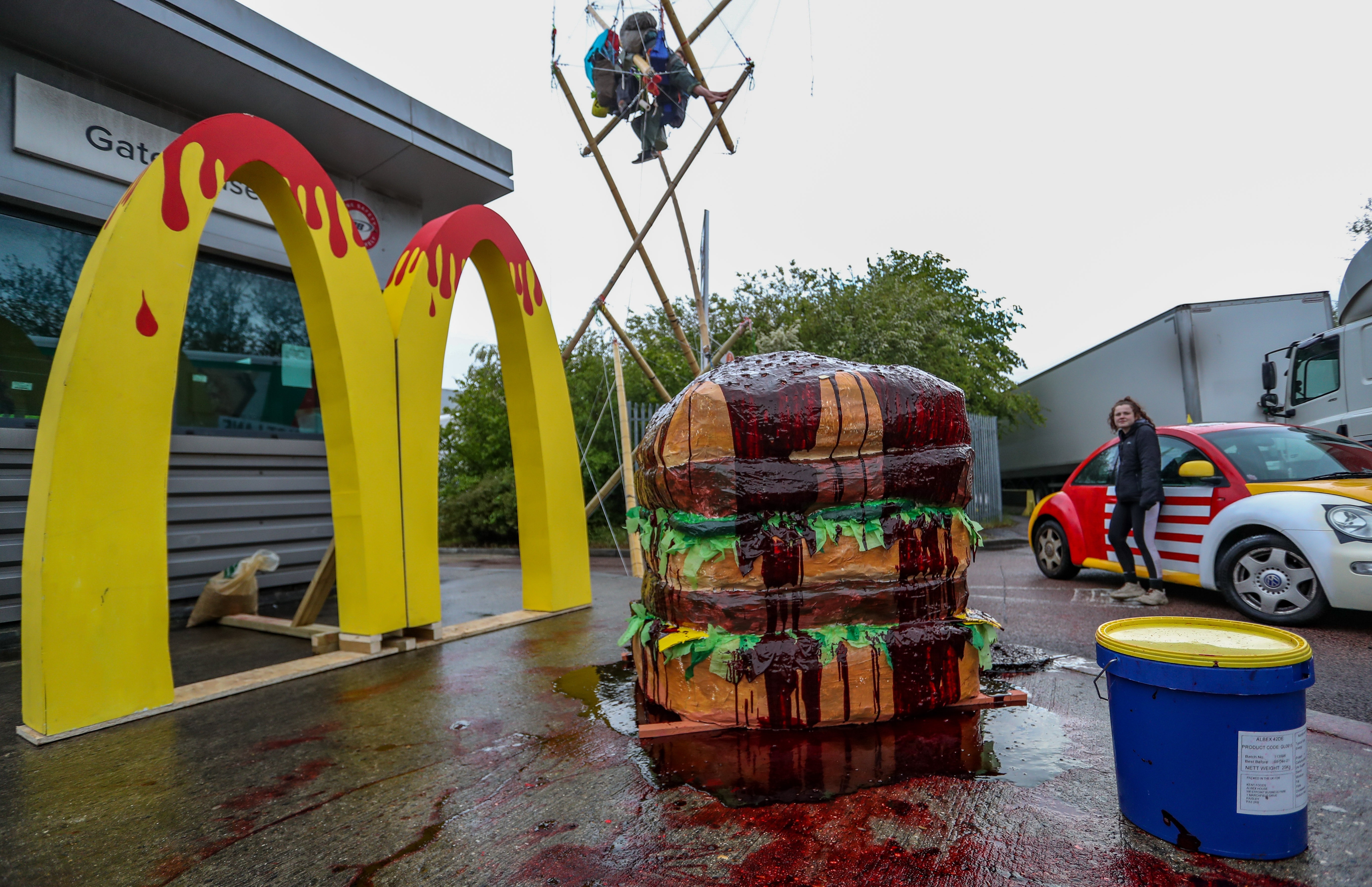 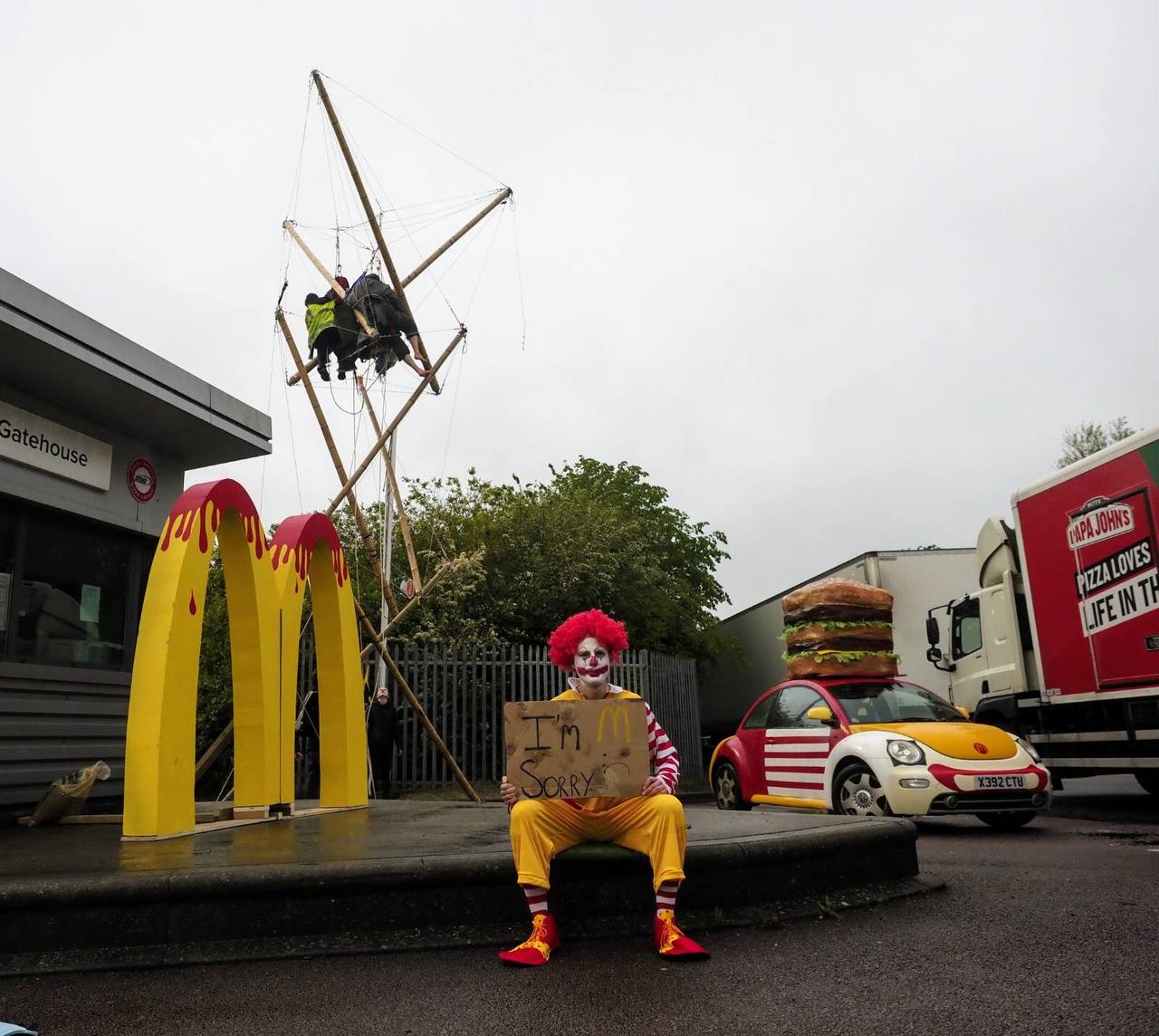 The sit-in meant lorries were unable to take burgers and nuggets to the chain's 1,300 UK restaurants.

Demonstrations only ended early this morning as police broke up crowds.

A spokesman for McDonald's confirmed that all four sites have reopened and deliveries have resumed.

It's not believed any of the 3.5million people who visit a McDonald's every day in the UK have yet been affected by shortages as a result of the action.

In a warning against further action, Hampshire Constabulary's Chief Inspector Matt Reeves said: “Everyone has the right to free speech and protest.

"However, officers will take necessary action against the few who deliberately choose to act outside the law.” 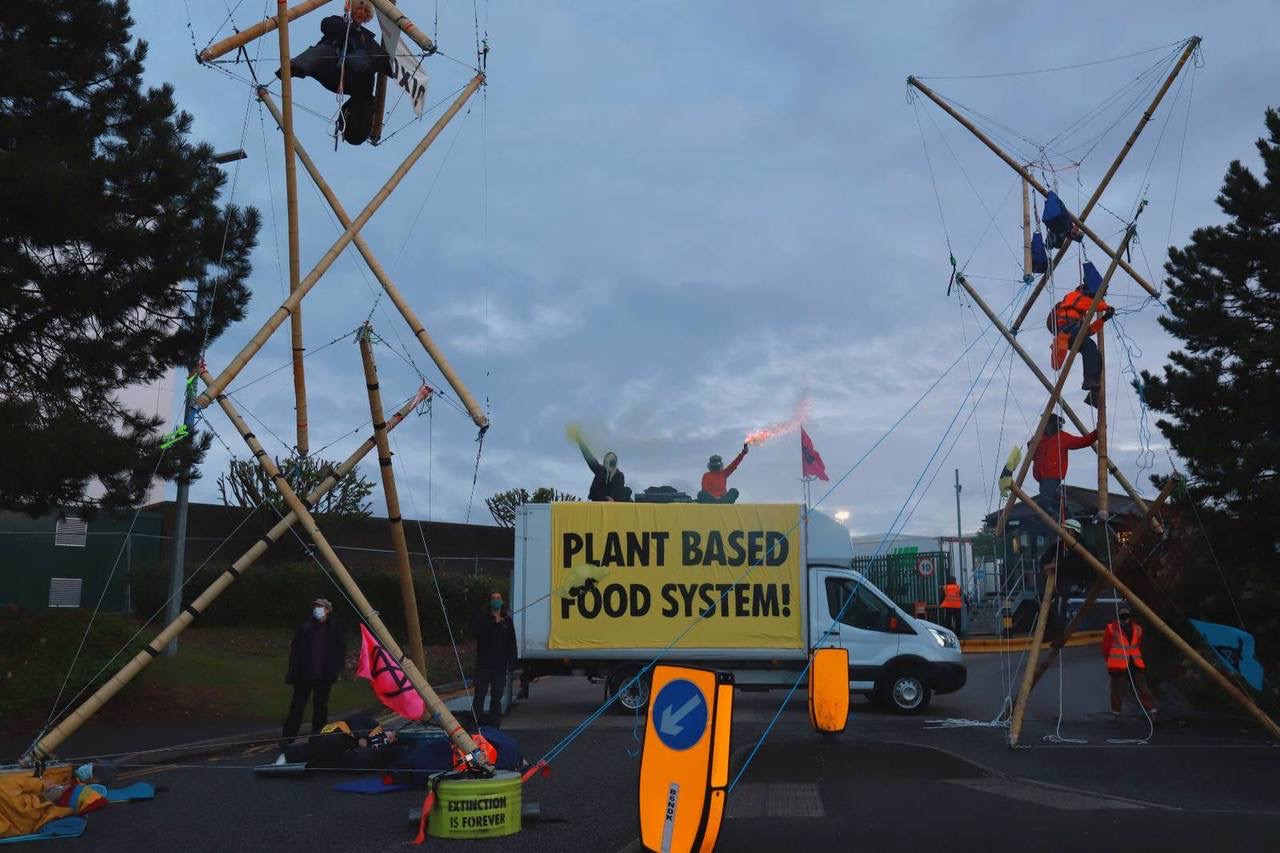 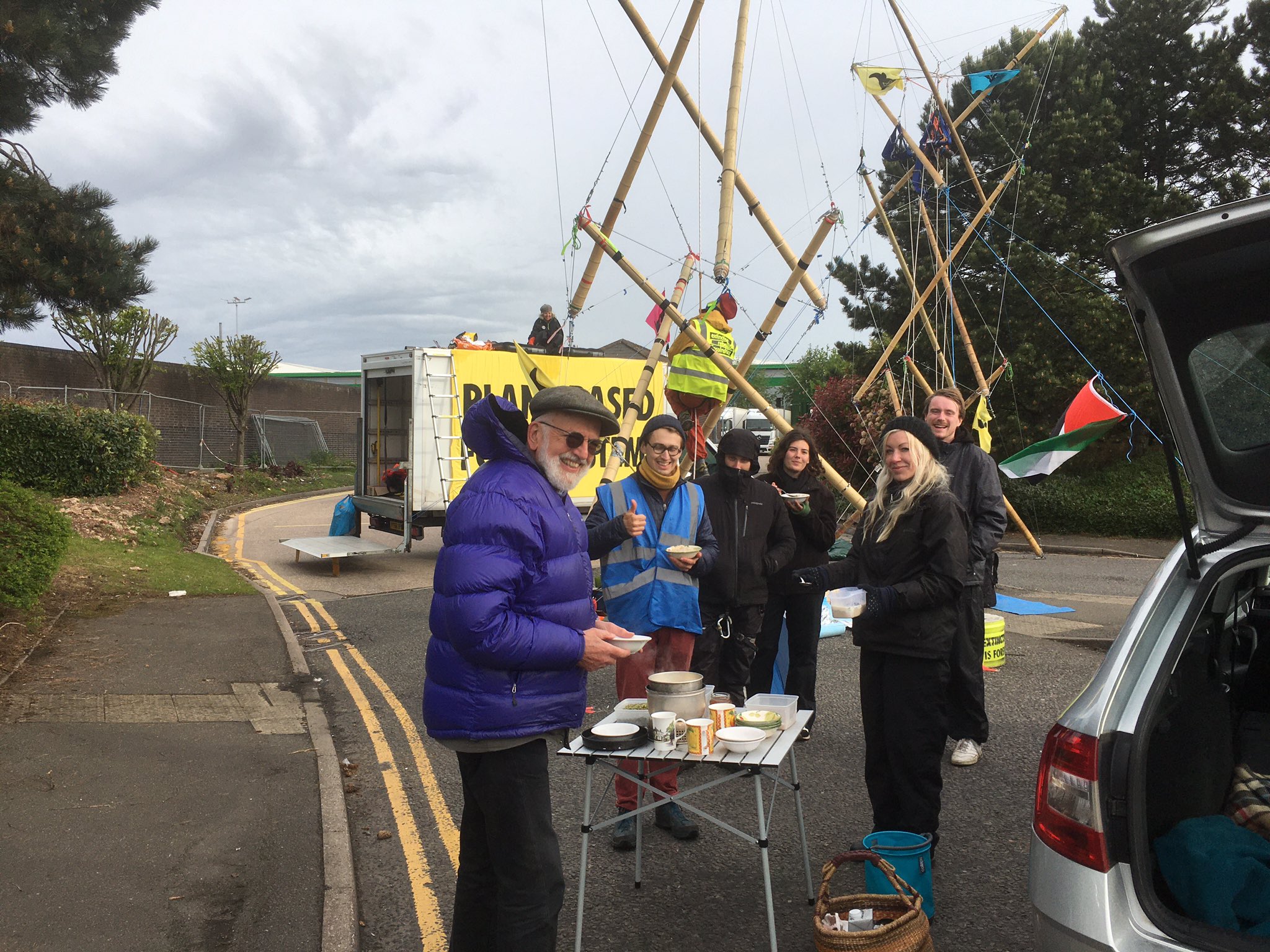 Protesters from group Animal Rebellion said they would cause "significant disruption" to the supply chain in a bid to get the company to commit to plant-based meals only by 2025.

Videos posted online show the activists building huge structures from bamboo and sitting on top of lorries ready to take food to branches.

In footage uploaded yesterday, one protester shows parked-up lorries and says: "They won't be leaving today.

"We've shut the whole place down and not only that, we've shut down distribution centres across the country.

"We've shut them all down today." 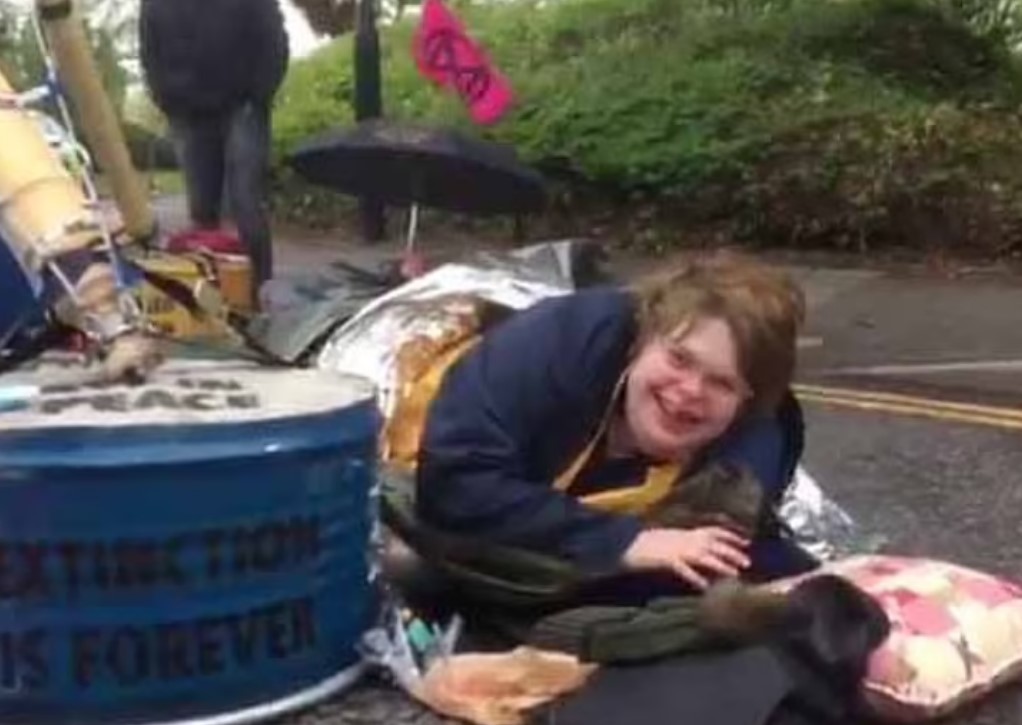 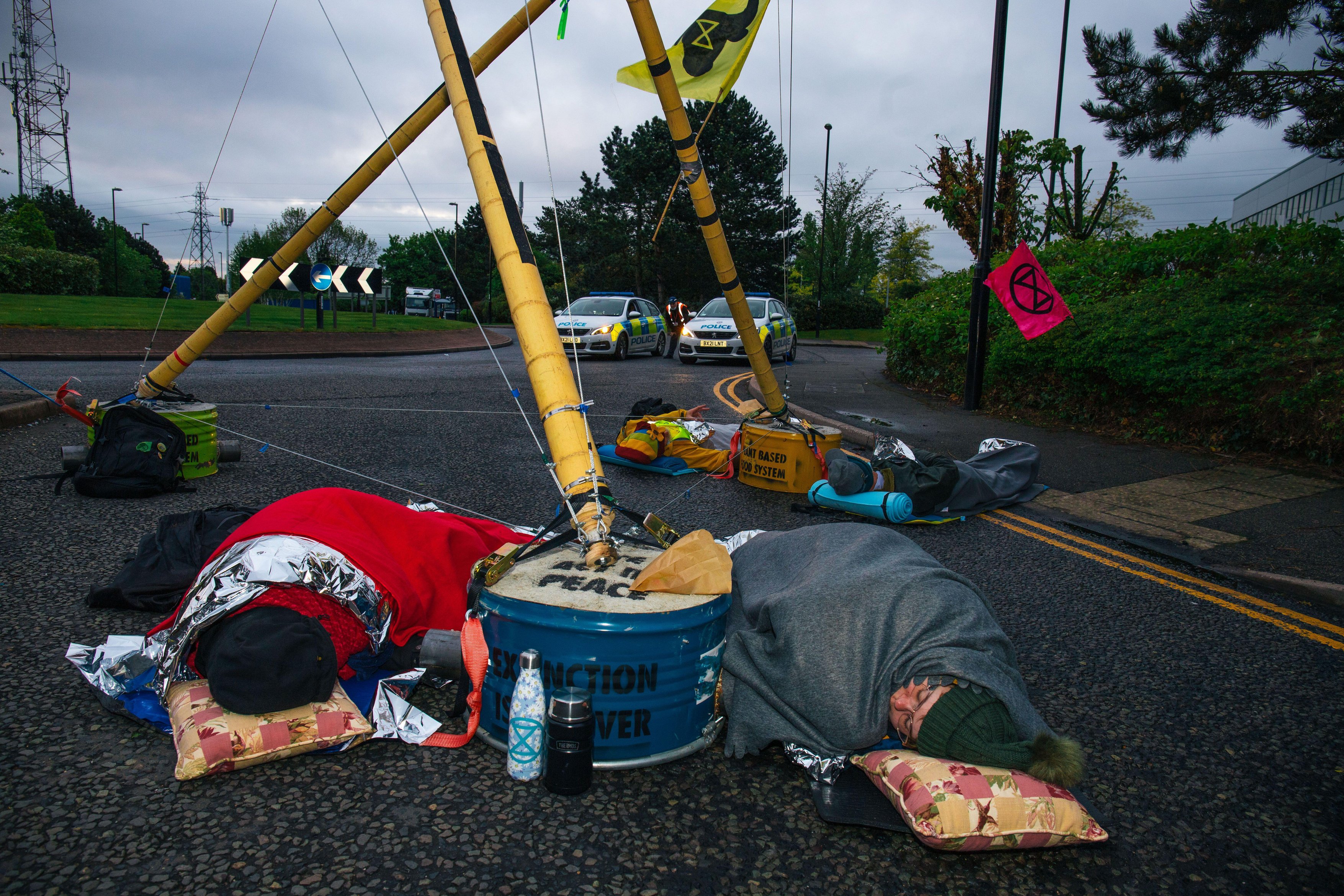 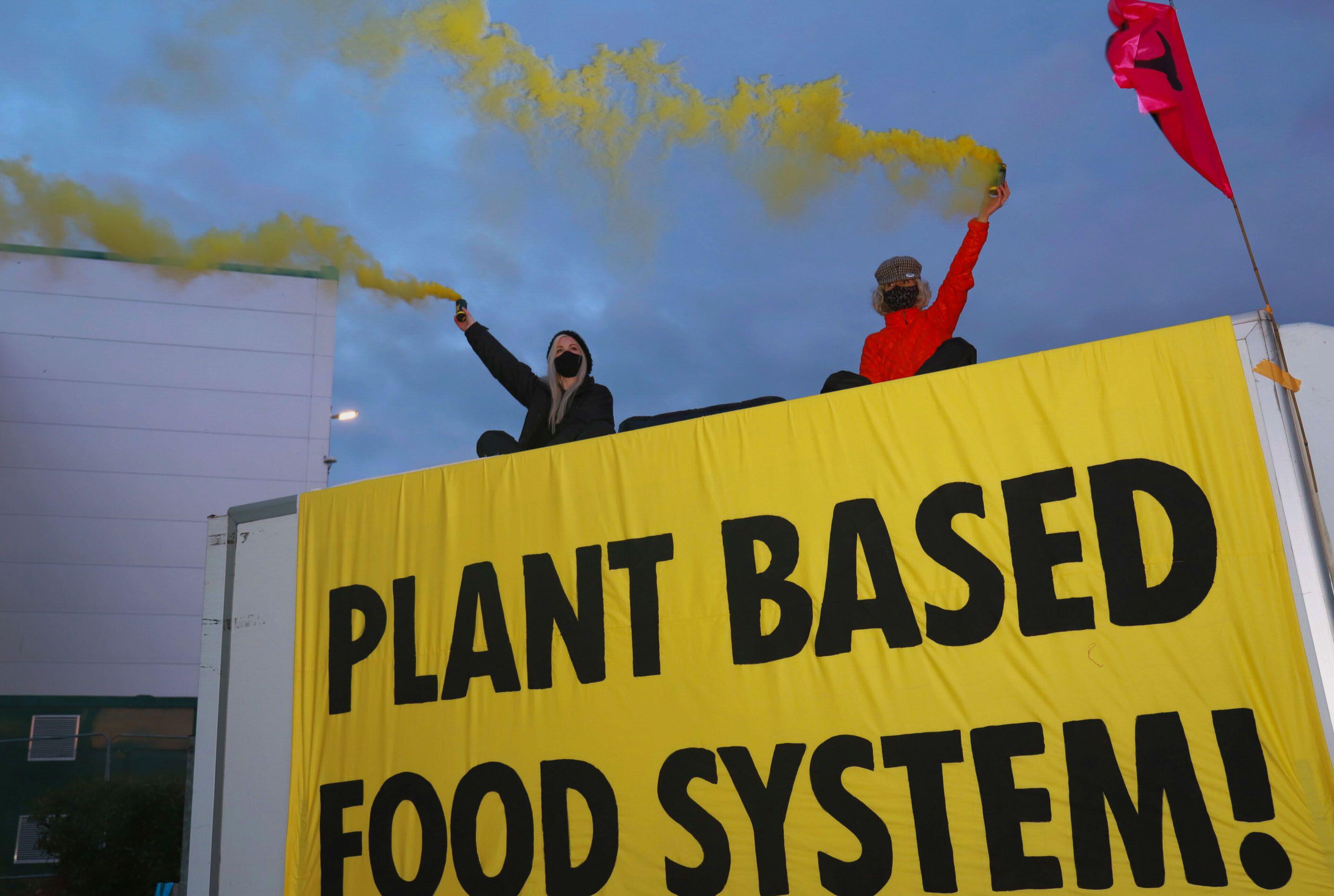 A second was filmed lying on the ground wrapped in a silver foil blanket for warmth.

She said: "It just feels like the absolute right thing to do.

"I'm thrilled we've managed to do this today."

Animal Rebellion spokesman James Ozden said the action was aimed at calling out the animal agriculture industry for its part in the global climate crisis.

The group says it's in "alliance" with Extinction Rebellion, although the two groups aren't the same.

The group first demonstrated in 2019 when members joined 10,000 people to occupy Trafalgar Square in London.

And campaigners are launching a six-day 'disrupt G7' campaign in June.

Yesterday, a McDonald's spokesperson said the impact on eateries was being assessed and apologised to customers for "any disappointment caused".