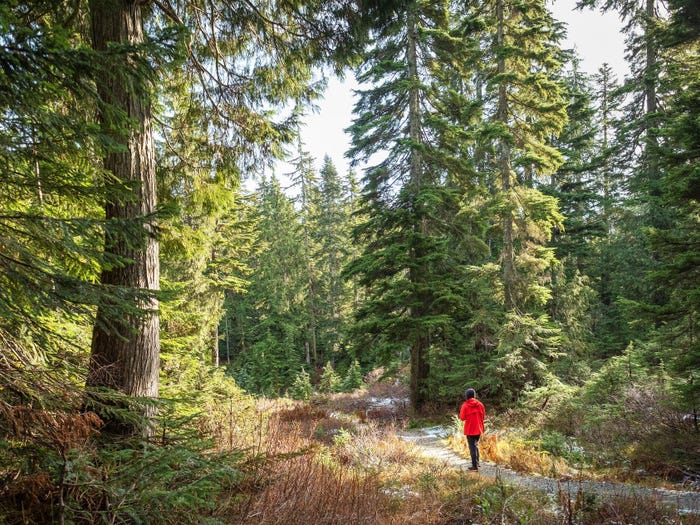 A jumping "snake worm" has started taking over US forests and it's on a mission to be the only creepy crawlers in town.

This invasive kind of earthworm, which got its name by how it thrashes like an angry snake on a fishing line, is originally from Asia, according to The University of Wisconsin-Madison Arboretum and Science News.

They arrived in the US about a century ago and were spread a bit through the potted plant industry, as well as by fishermen who buy the worm to use as bait, according to the Minnesota Department of Natural Resources.

In the last 15 years, though, they have begun to spread more rapidly, establishing their homes in the south and mid-Atlantic states, Science News reported. There have been sightings in the northeast, upper Midwest, and west, too, according to the agency.

"I never imagined an invasive species as horrific as these jumping worms," Dr. Lee Frelich, Director for the Center of Forest Ecology at the University of Wisconsin, said in a video produced by the Minnesota DNR. "When I saw the first forest that was infested, and as you walk across the slope, just from a person walking, the soil slides down the slope."

While these creepers don't look drastically different than other forms of earthworms, they are capable of taking over a stretch of forest floor that is bigger than 10 football fields in a year, making it uninhabitable to other native species.

Snake worms devour the protective leaf litter on the forest floor and destroy the soil, displacing other kinds of earthworms, as well as centipedes, salamanders and some birds that nest on the ground, according to researchers.

"They're quite aggressive compared to the European worms," Frelich said. "They spread faster. They thrash around when you touch them."

Scientists aren't certain why the worms have sped up their spread over the last decade, but suspect climate change is a contributor, Science News reported.

In order to limit the harm from the invasive species, fishermen should avoid buying Asian worms as bait or dumping leftover bait into the water.

Scientists also recommend that hikers clean their shoes off when they've left a forest so they don't bring the worms to new territory that hasn't yet been infested.

"And if you find these things, make sure you report them," Frelich said.

The jumping "snake worm" isn't the only kind of crawler that is popping up where it shouldn't this year.

Earlier this month, Virginia residents reported sightings of an "immortal" extra-large worm many believed to be a snake. It was actually a hammerhead flatworm.