Home » Analysis & Comment » Opinion | What Democrats Are Up Against in Georgia

Opinion | What Democrats Are Up Against in Georgia

We are all Georgians now. Or at least that’s how it feels with the eyes of the nation focused on Georgia and its two U.S. Senate runoff elections on Jan. 5, which will determine party control of the Senate. Raphael Warnock, a Democrat, will face off against the Republican Senator Kelly Loeffler, and Jon Ossoff, a Democrat, will attempt to unseat the Republican Senator David Perdue.

One thing is clear: 2020 has been a historic year for Georgia Democrats. For nearly two decades Democrats have predicted that demographic trends showing a younger, more diverse population in the state would help turn Georgia blue. For the past two years, flipping Georgia has been the singular focus of Stacey Abrams, who narrowly lost the governor’s race in 2018, along with the young activists whom she has galvanized. There’s also a broad, multiracial array of Georgians inspired by the example of Congressman John Lewis and united in the effort to repudiate Donald Trump.

In a historic achievement, Joe Biden did turn Georgia blue. It would perhaps be a greater achievement if Democrats win even one of the Senate races. They are up against a stubborn foe, however — not just Republicans, but also Georgia’s political history, which shows that change doesn’t come easy in the state.

Just ask Republicans. Only in the 1990s did they begin to make significant inroads against Democrats, who had dominated state politics since the end of Reconstruction in the 1870s. It wasn’t until 2002 that a Republican won the governorship, when Sonny Perdue, now the secretary of agriculture, upset the incumbent, Roy Barnes, who had angered conservative white voters by removing a Confederate emblem from the state flag.

Why did Democrats hold on to power in Georgia longer than any in other Southern state? That owed in part to the distinctive structure of the state’s politics. Georgia has almost 160 counties, second in number only to the state of Texas. The story goes that the legislature carved out small counties so that a farmer in a mule-drawn wagon could make it to the courthouse and back in a single day. The real consequence was that under Georgia’s county-unit system, the more rural counties there were, the more leverage they would have against urban interests in Atlanta. All Democrats who controlled their local fiefs for much of the 20th century had little reason to switch to the Republican Party.

Until, that is, the 1990s, when culture war issues — abortion, guns and gay rights — transformed political loyalties in rural Georgia. The field general of the conservative culture wars of the 1990s was a Georgia Republican, Representative Newt Gingrich, who played a singular role in bringing forth the scorched-earth tactics of the modern Republican Party.

“One of the great problems we have in the Republican Party is that we don’t encourage you to be nasty,” Mr. Gingrich told the Georgia College Republicans in 1978 during his third, and ultimately successful, race for Congress. “We encourage you to be neat, obedient, and loyal and faithful and all those Boy Scout words, which would be great around the campfire, but are lousy in politics.”

What Mr. Gingrich pioneered in culture-war politics Mr. Trump has escalated. Two days after Election Day, Donald Trump Jr. was in Georgia at a rally outside Republican Party campaign headquarters, castigating Republicans who did not defend his father’s specious claims of fraud. Sounding a lot like Mr. Gingrich in 1978, Mr. Trump Jr. speculated that Democrats had gotten used to “a Republican Party that hasn’t had a backbone.”

“That party is gone,” he said, “and anyone that doesn’t fight like that should go with it.”

The problem for Republicans is that when they “fight like that,” as Mr. Trump Jr. put it, they sometimes lose voters — like suburban women. Those voters played a big role in Democrats’ success in the 2018 midterm elections and were key to Mr. Biden’s victory. The weight of Georgia’s rural population is no longer sufficient to balance the state’s surging urban and suburban populations, particularly in Atlanta, one of the fastest-growing metropolitan areas in the country. On Nov. 3, Mr. Biden racked up staggering margins in the state’s urban counties — Fulton and DeKalb (include parts of Atlanta) and Chatham (includes Savannah). To repeat Mr. Biden’s feat, Mr. Ossoff and Mr. Warnock will need to do the same.

Nevertheless, the two Republican senators, David Perdue and Kelly Loeffler, apparently prodded by President Trump, called for the resignation of the Republican in charge of Georgia elections, Secretary of State Brad Raffensperger, lobbing baseless accusations of “mismanagement and lack of transparency.” Mr. Raffensperger called that criticism “laughable”; in fact, he received praise from national experts for a well-run election. But he did call for a manual vote recount (or an audit) of the state’s presidential ballots, a decision that may have had to do with addressing right-wing conspiracy theories (about software glitches skewing elections results), some of which have been retweeted by President Trump himself.

History shows that Republicans have the advantage in the Jan. 5 runoff elections. They traditionally have an easier time turning out their voters, especially when a president is not on the ballot, and turnout is everything in today’s polarized political environment. Yet Senators Perdue and Loeffler, in doing Mr. Trump’s bidding, have turned the runoffs into a state referendum on Trumpism and its future, which may boost Democratic turnout once again.

Perhaps the history from Georgia and the American South most relevant for our current moment are the eerie final years of the Massive Resistance strategy, when reckless politicians, ignoring all legal and constitutional realities, misled white Southerners into believing that they could maintain segregation forever.

Mr. Trump’s delusional tweets declaring that he won the election or teasing new revelations of fraud and corruption evoke a similar sense of living in a dream world. The good news for Georgians is that on Jan. 5 they have an opportunity to send a wake-up call. Two Democratic victories would not only give Democrats control of the Senate but could also help turn the page on Donald Trump’s influence in American politics.

Georgia voters, are you ready for the election runoffs?

Joseph Crespino (@CrespinoJoe) is a history professor at Emory University and the author of, most recently, “Atticus Finch: The Biography — Harper Lee, Her Father, and the Making of an American Icon.” 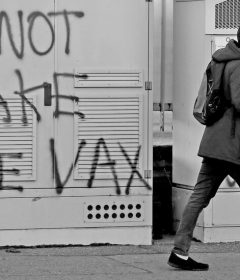 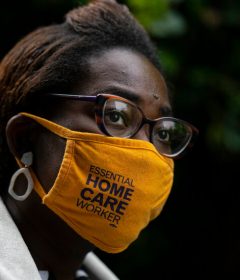