How one first-time mother endured three days of labour alone

‘It was the scariest five days of my life’: How one first-time mother endured three days of labour alone… then two more after having an emergency caesarean – in just one of many horror stories that shame NHS bosses

The birth of her first child should have been the happiest moment of Hannah Cockerill’s life.

But, instead, in the middle of the August heatwave, she spent three days alone having her labour induced at Luton and Dunstable Hospital.

There was no one to comfort her or hold her hand as the drugs kicked in and the pain took over. Or to reassure her when a monitor revealed baby Alfie’s heart rate had plummeted dangerously low.

Her partner, sales manager Michael Trott, was allowed inside only minutes before she was rushed into theatre for an emergency caesarean section – and made to leave 45 minutes after their son, was born.

It was two days before Mike, 32, was allowed to see Alfie or Hannah again. 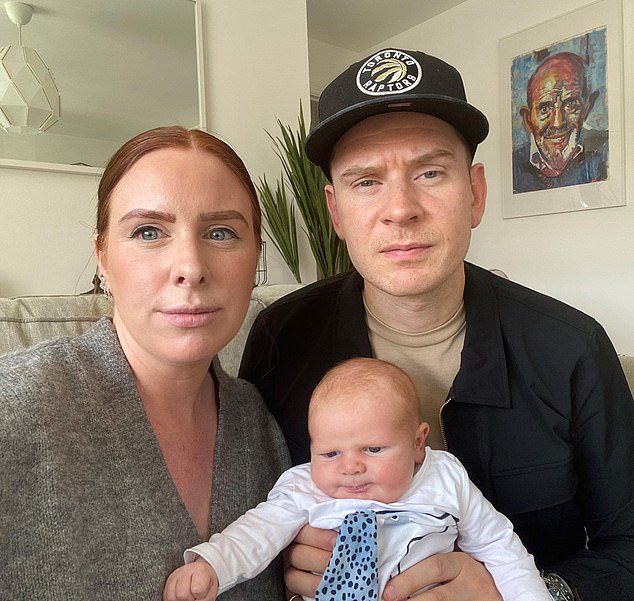 The birth of her first child should have been the happiest moment of Hannah Cockerill’s life. But, instead, in the middle of the August heatwave, she spent three days alone having her labour induced at Luton and Dunstable Hospital

As IT manager Hannah, 31, explains: ‘It was the scariest time in my life. Five days of hell. I was left vulnerable, with a newborn, after major surgery, on my own on a dark ward.

And Mike will never get that time back with our son. This shouldn’t be allowed to happen to new parents. To be treated like this is just cruel.’

Hannah’s traumatic experience is, sadly, far from isolated. Since the start of the pandemic in March, around 300,000 women have given birth in England.

Many have been forced to endure the distress of labouring alone as NHS Trusts make their own rules, continuing to exclude partners, friends, husbands and families from maternity wards across the country.

Fathers have missed crucial scans, hospital appointments and even, in some cases, children being born. A letter from MPs to trust bosses reveals just the tip of the iceberg in terms of the lasting impact these decisions by local health chiefs have on women. 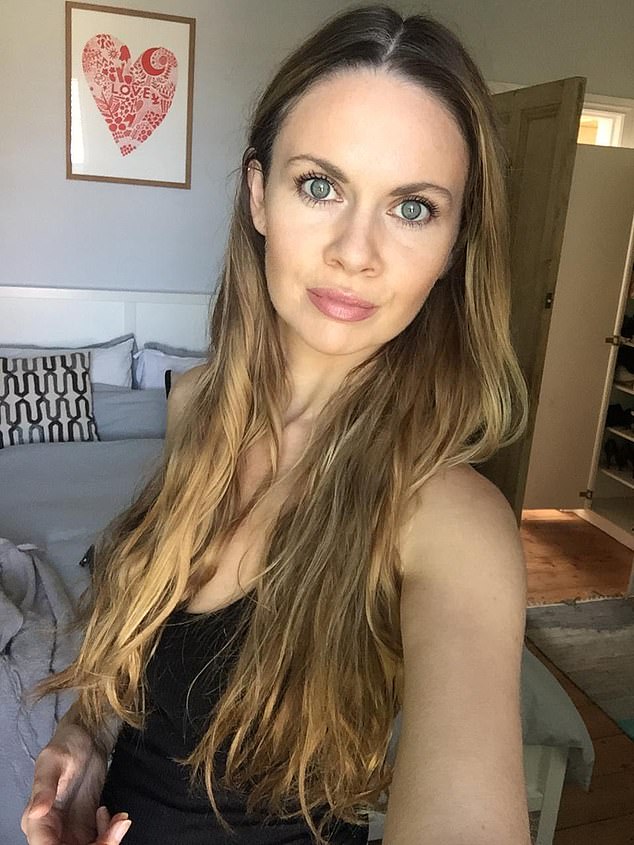 It chronicles several harrowing stories of those who have been left unsupported during their most vulnerable moments.

One of them, a woman known only as Mary, from Sutton Coldfield, said: ‘I found out alone at my 12- week scan that my baby had died… I then had to go through surgery alone as they wouldn’t let my husband into the ward. I wish that noone has to go through this alone in future as it’s awful.’

Athena, from Windsor, told how she had endured more than four weeks of traumatic hospital visits and tests alone after her baby died in the womb.

And another described the experience of being told, two days before her caesarean section, that she would not be allowed any family support in the room with her. ‘Devastated. Frightened. Powerless. Helpless. Shocked,’ she said.

The stories were shared with a pregnancy advocacy organisation, Pregnant Then Screwed, which works with campaign group Make Birth Better to try to ensure women and their partners can support one another through pregnancy and birth. After all, the science on this is clear. 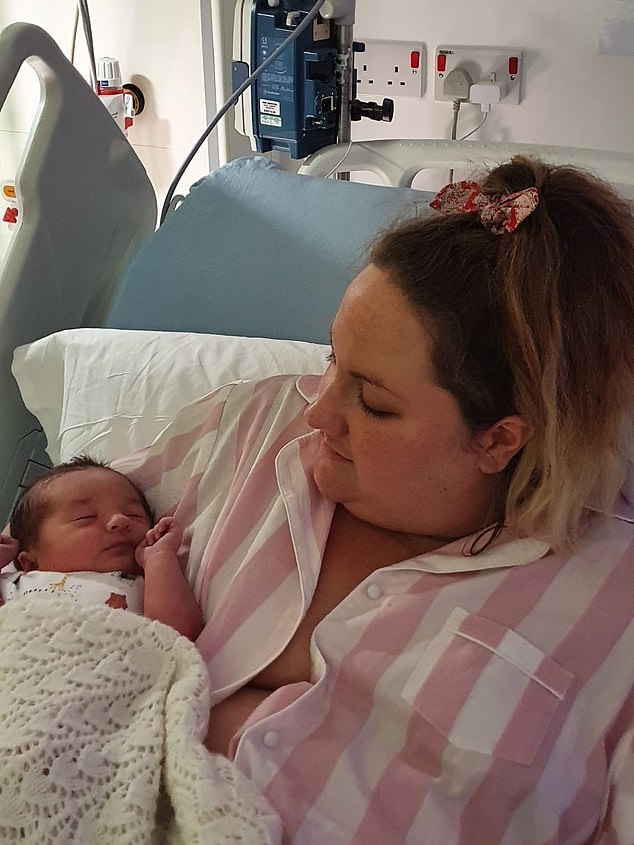 ‘IT WAS AWFUL’: Beth Shafiq (pictured with baby Kai) said she cried every day

The respected Cochrane Collaboration, which analyses all available research, has found having continuous support from a birth partner can reduce complications and make labour shorter.

‘For me, I find having another person to advocate for the women, who knows her, her background and her values and plans for birth helpful in ensuring I provide the right care for her and her baby.

‘It is also helpful if any interventions become recommended as another pair of ears to listen and ask questions to fully understand the choices being offered.’

Several women have now spoken to The Mail on Sunday about their recent heartbreaking experiences during both pregnancy and labour. 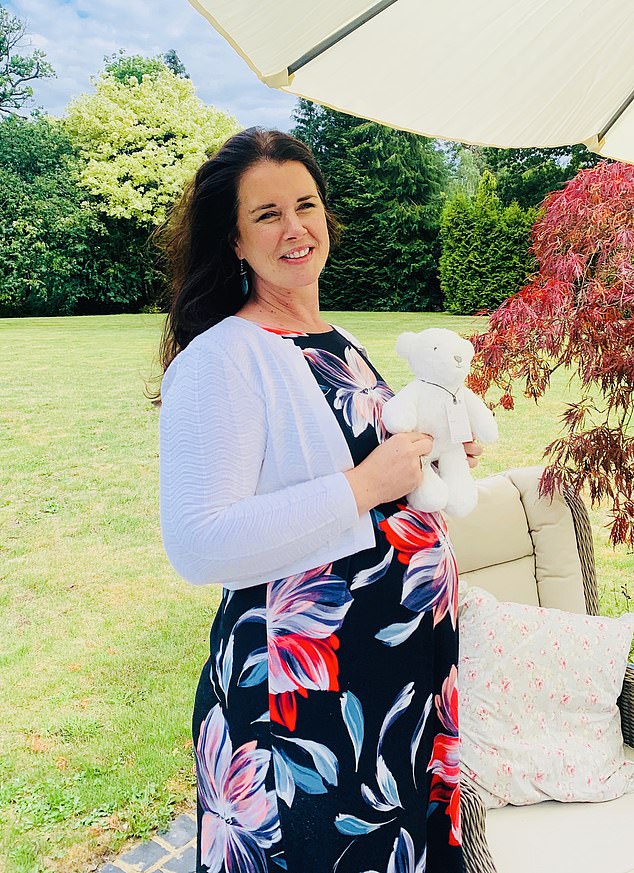 Caroline Redman Lushe, 46, from Barnham, Surrey, had been through five miscarriages and 13 rounds of IVF to become pregnant with her much-wanted son, Hamilton

Beth Shafiq was also forced to struggle through the first eight days of motherhood alone in hospital while son Kai fought off a potentially deadly infection. Husband Haseeb was allowed to attend the birth in May at East Surrey Hospital in Redhill, Surrey, but was told to leave just two hours later.

Mrs Shafiq, 27, from nearby Godstone, said: ‘It was awful. I’d just had a spinal block and physically couldn’t do a thing. I thought, “I can’t look after my baby, so who’s going to look after him?”’ She ‘cried every day’ when Kai was diagnosed with sepsis, which can be fatal in newborns, and her husband was not allowed to visit.

Fortunately he has made a full recovery. But she described the restrictions as ‘cruel’ and ‘inhumane’, and said NHS bosses had failed to consider the emotional impact on women.

It’s a thought which has preoccupied Ruth Watson too. The 35-yearold is 35 weeks pregnant with her first baby and faces attending crucial scans alone next week at Liverpool Women’s Hospital to investigate a potential problem with her placenta.

The results could determine whether she goes ahead with a home birth as planned – but husband Rob will be excluded, as he has been from all of their scans.

The couple, who live in Newtonle-Willows, Merseyside, and run their own graphic design business, have chosen not to find out the sex of their baby as a result.

‘When you go into the scans on your own, it’s not the same as finding out together,’ Ruth said.

‘I feel women are almost being treated as though we don’t matter, and no one’s thinking about what pregnant women actually go through. ‘It’s not just my baby, it’s my partner’s baby as well. It’s very anxiety-inducing having to go to these appointments on your own.’

Few can have needed more support during this time than Caroline Redman Lusher.

The 46-year-old founder of the Rock Choir, the world’s biggest contemporary choir, from Barnham, Surrey, had been through five miscarriages and 13 rounds of IVF to become pregnant with her much-wanted son, Hamilton.

Every stage of her highrisk pregnancy was fraught with stress, with scans and tests scheduled every two weeks.

But Caroline’s husband Stuart, 41, a pilot, was unable to attend the appointments, instead sitting for hours in the car park of the Royal Surrey Hospital. ‘We’d be shaking every time, terrified that something would be wrong,’ Caroline says.

‘It had taken us six years and we’d said this was our last try. Yet Stuart wasn’t there to hear those amazing heartbeats.

‘I’d just come out with my thumbs up. The doctors were amazing, and we had a happy ending – Stuart was there for the birth – but it was hard not having him beside me throughout, as he was for all of the IVF and miscarriages. I’m strong, but not everyone is.’

Hannah, too, is adamant that there may well be repercussions for women’s mental health.

‘If there was someone who was particularly vulnerable or anxious it could have a really bad impact on them and their ability to take care of their child afterwards,’ she says.

But as Mike Trott points out, there is also trauma for the fathers. ‘I’ve never felt as useless as after Alfie was born, knowing Hannah was struggling and alone,’ he said. ‘I’d have done anything to have had that time with them both.’