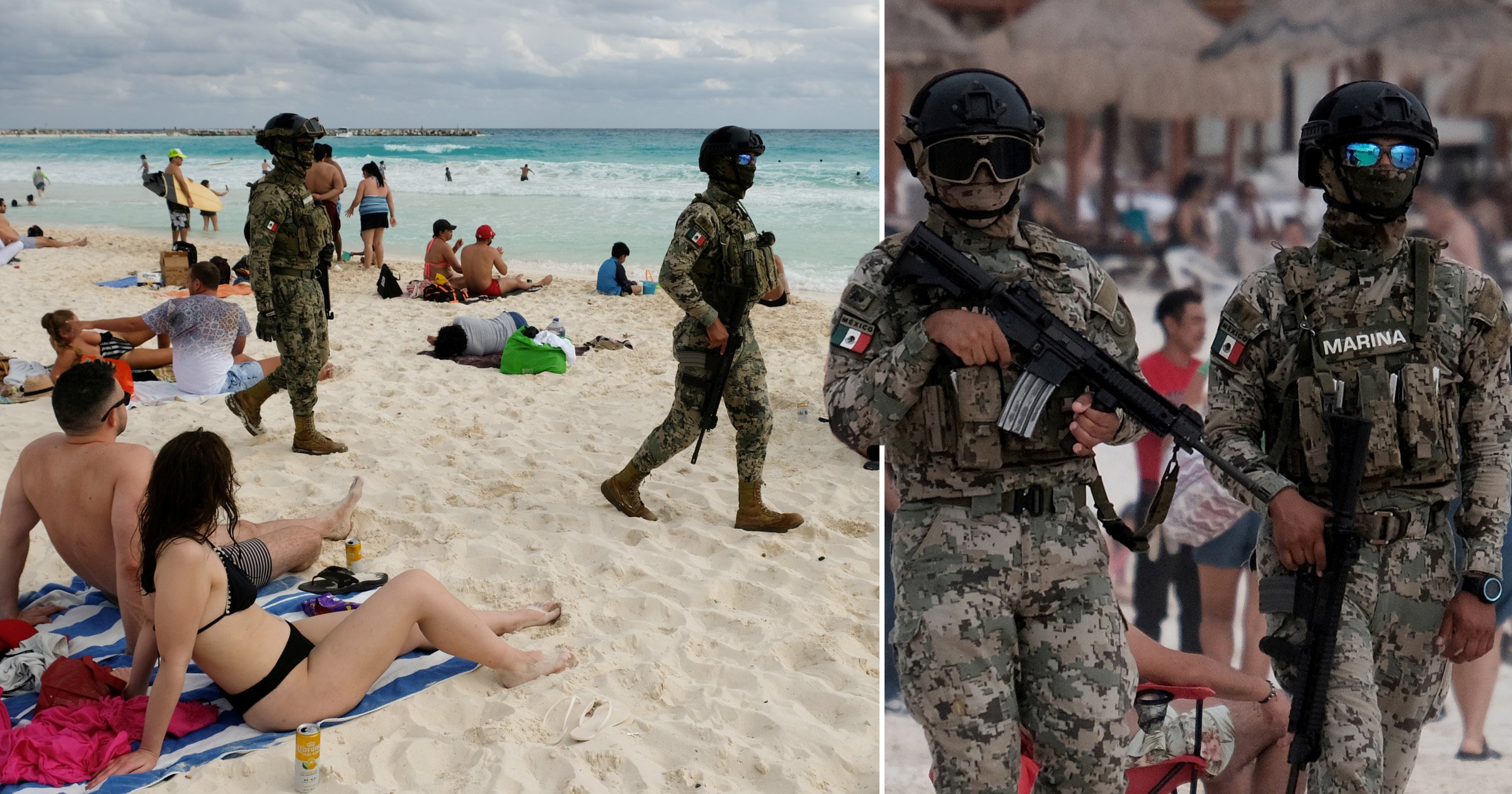 Gunmen on jet skis opened fire close to a beach popular with tourists in Mexico as gang violence threatens to engulf the area.

People were forced to run for cover when the gunfire broke out in the Caribbean coastal resort of Cancun on Tuesday.

Two or three men pulled up on jet skis and fired around 20 shots in total but no one was injured, eye witnesses said.

It happened at a beach in the city’s hotel zone, near a four star resort popular with American tourists.

Rick Lebassa, who was visiting from Maine, United States, said the gunmen appeared to be shooting into the air with pistols.

‘There were two guys and maybe even a third, who came in on jet skis, and what I saw was them shooting up into the sky,’ he said. ‘I did not see any shots coming in toward the shoreline.’

Mr Lebassa said it was the first time he’d witnessed an incident of this kind in his 31 years of coming to Cancun.

Another beach-goer, Andy Guyrich, from Minnesota, described having to ‘hit the deck’ when he heard the shots being fired.

Kerry Arms, who was travelling with Mr Guyrich, added: ‘There was a delayed reaction for about maybe five seconds, then everybody started scrambling and screaming and crying, and running.’

Lucio Hernandez Gutierrez, the chief of police of the coastal state of Quintana Roo, said the attackers apparently pulled up to the beach on jet skis and opened fire. The jet skis have since been found and seized.

It was the latest in a string of violent incidents on the resort-studded coast.

Several cartels are fighting for the area’s lucrative drug trade, including the Jalisco cartel and the a gang allied with the Gulf cartel.

On November 5, drug gang gunmen stormed a beach at Puerto Morelos, a resort just south of Cancun, and opened fire in front of luxury hotels, executing two drug dealers from a rival gang.

The Puerto Morelos shooting came two weeks after a California travel blogger and a German tourist were killed in a similar shootout in the beach town of Tulum in October.

Anjali Ryot and Jennifer Henzold were apparently hit by crossfire during the October 20 drug dealers’ shootout in the town south of Puerto Morelos.

Three other foreign tourists were wounded in the shooting at a street-side café with outdoor tables, right off Tulum’s main strip. They included two German men and a Dutch woman.

The Tulum gunfight also apparently broke out between two groups that operate street-level drug sales in the area, according to prosecutors.