From treasure to trash: How Dandenong garbos struck gold

What happens when you accidentally throw your precious family heirlooms in the bin?

Dandenong’s Frank Lumanovski can tell you, and so can the half a dozen people from the local council and waste contractor who formed a search party to complete a mission impossible: retrieve and return his heirlooms before they were lost forever. 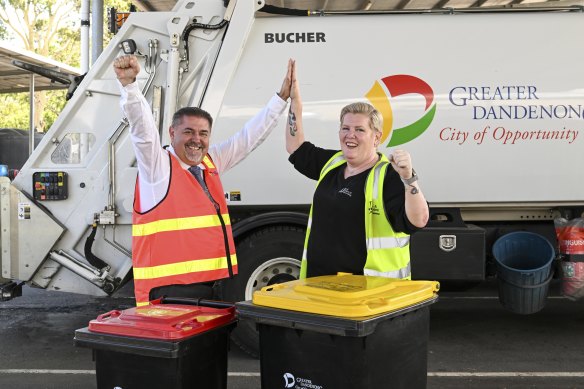 “I’m still married, but I was very close to being divorced,” Lumanovski joked after the ordeal.

It all began on a Friday when Lumanovski returned from his holiday and noticed his freezer door had been left open, forcing a clean-out of spoiled goods. 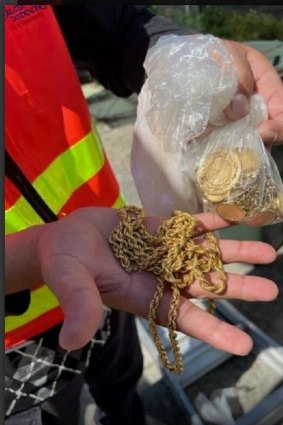 Dandenong Council worked to retrieve $10,000 worth of gold after a resident accidentally threw it away in garbage.

He emptied the contents of the freezer into bin bags and threw them out without a second thought.

On Monday, Lumanovski woke up with two sudden realisations.

One: his family heirlooms of 18th century French bronzed coins and gold jewellery – worth more than $10,000 but priceless in value due to their family history – had been in the freezer for safe-keeping.

Two: Mondays are rubbish-collection days in his neighbourhood.

By the time he ran onto the street, the bins had been collected and his gold was gone.

Lumanovski got in his car and tracked down the rubbish truck within minutes. But all the driver could do was phoned his boss.

“Once the rubbish has gone inside the truck, we’re helpless. We can’t get into the hopper or anything like that,” said Lisa Fox, of JJ Richards, the waste management company contracted by the council.

His heirlooms had been in the truck at least ann hour, and he knew time was of the essence.

“He sounded distressed, his voice was a bit shaky,” Memeti said. “Talks started straight away to locate this truck.” 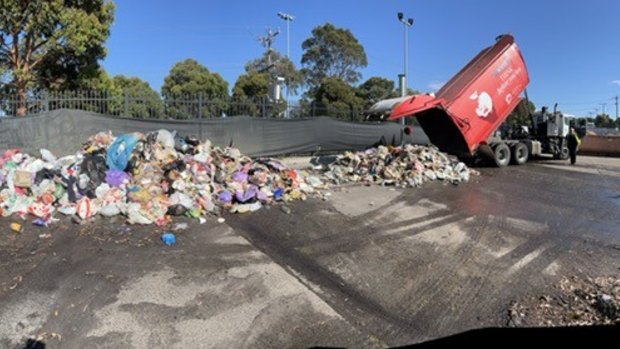 The Dandenong rubbish truck is unloaded so that the search for Frank Lumanovski’s missing treasure can begin.

The council worked with JJ Richards to find a solution.

Each of the contractor’s trucks carries up to nine tonnes of waste, and dozens of those vehicles are emptied at the waste centre each day.

The chances of finding the missing treasure were likened to the odds of locating a needle-in-a-haystack.

“We were going back and forth on how to best tackle this because usually these [events happen] after the waste [has] been tipped off and taken to the waste facility,” Fox said.

By the afternoon, the specific truck was identified. The driver was stopped from emptying it at the waste centre and quarantined overnight at a council depot.

The next day, Lumanovski, Fox and other council members began sifting through the pile of rubbish to locate his treasure.

“Five hundred bins had been collected that morning from around the surrounding area, so it was 500 bins that were in that truck,” Memeti said. “I thought it would have taken him a day or two to go through it.”

But it took Lumanovski no longer than five minutes of wading through the mounds of trash before he found his gold. It helped that he quickly recognised his garden waste among the sea of scraps.

While the tale ended well, Fox had some advice for Lumanovski, urging him to invest in a safe rather than using his freezer to store valuables.

“Thankfully, it was all worthwhile because we have good outcome,” she said. “It was a good day, a good feeling,” she said.

Lumonskvi said he was incredibly grateful to everyone who helped find his treasure, and promised not to complain the next time his council rates increased.