During a heated back and forth, Paul, who has opposed mask mandates, criticized Fauci’s past praise of New York and its Democratic governor’s handling of the pandemic.

“No, you misconstrued that, senator, and you’ve done that repetitively in the past,” Fauci fired back. “They got hit very badly. They made some mistakes. Right now … the things that are going on in New York to get their test positivity 1 percent or less is because they are looking at the guidelines that we have put together from the [coronavirus] task force.”

Those safety guidelines include mask-wearing, social distancing, avoiding crowds, washing hands and participating in public gatherings that are outdoors instead of indoors whenever possible.

“Or they’ve developed enough community immunity that they’re no longer having the pandemic because they have enough immunity in New York City to actually stop,” Paul interrupted.

“I challenge that,” Fauci responded, before repeating the latest data presented by the Centers for Disease Control and Prevention. The CDC’s director, Robert Redfield, was also testifying at the hearing.

“This happens with Sen. Rand all the time. You are not listening to what the director of the CDC said. That in New York it’s about 22%,” he said of the positivity rate. “If you believe that 22% is herd immunity, I believe you’re alone in that.” 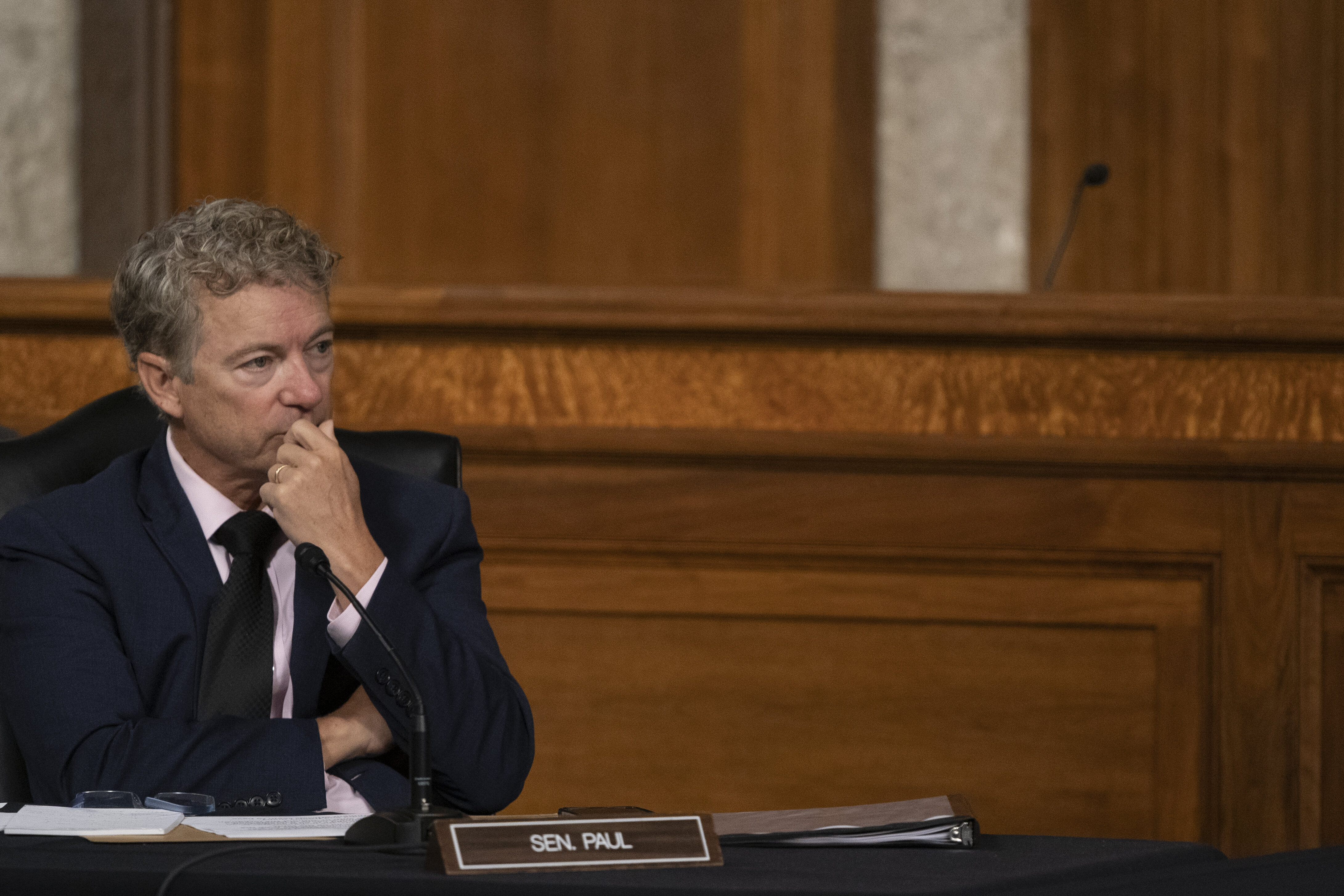 To establish herd immunity, a large percentage of a community would have to contract the virus, or a similar one, and produce antibodies to it. Every disease’s threshold for herd immunity is different. In the case of the measles virus, which is one of the most contagious infectious diseases, it’s estimated that 94% of the population would have to be immune to it to achieve herd immunity, according to the Mayo Clinic.

“Experts estimate that in the U.S., 70% of the population — more than 200 million people — would have to recover from COVID-19 to halt the epidemic,” the Mayo Clinic’s website states.

Another report published in the medical journal JAMA in May estimates that to achieve herd immunity for COVID-19, between 55% and 82% of the population would have to have developed antibodies to the virus.

Sen. Paul went on to suggest that there may be people out there, about one-third of the population, that have “pre-existing immunity” to COVID-19. This idea is based on these people having what are called cross-reactive antibodies after successfully fighting similar viruses.

Fauci shot that suggestion down too.

“I’d like to talk to you about that also because there was a study that recently came out that pre-existing immunity to coronaviruses that are common cold do not cross-react with the COVID-19,” he said.