OTTAWA (Reuters) – Canadian Prime Minister Justin Trudeau’s Liberal Party rallied behind him on Wednesday over his expulsion of two former Cabinet ministers who had questioned his leadership, but he is still in a battle to regain dwindling support before a general election in October. 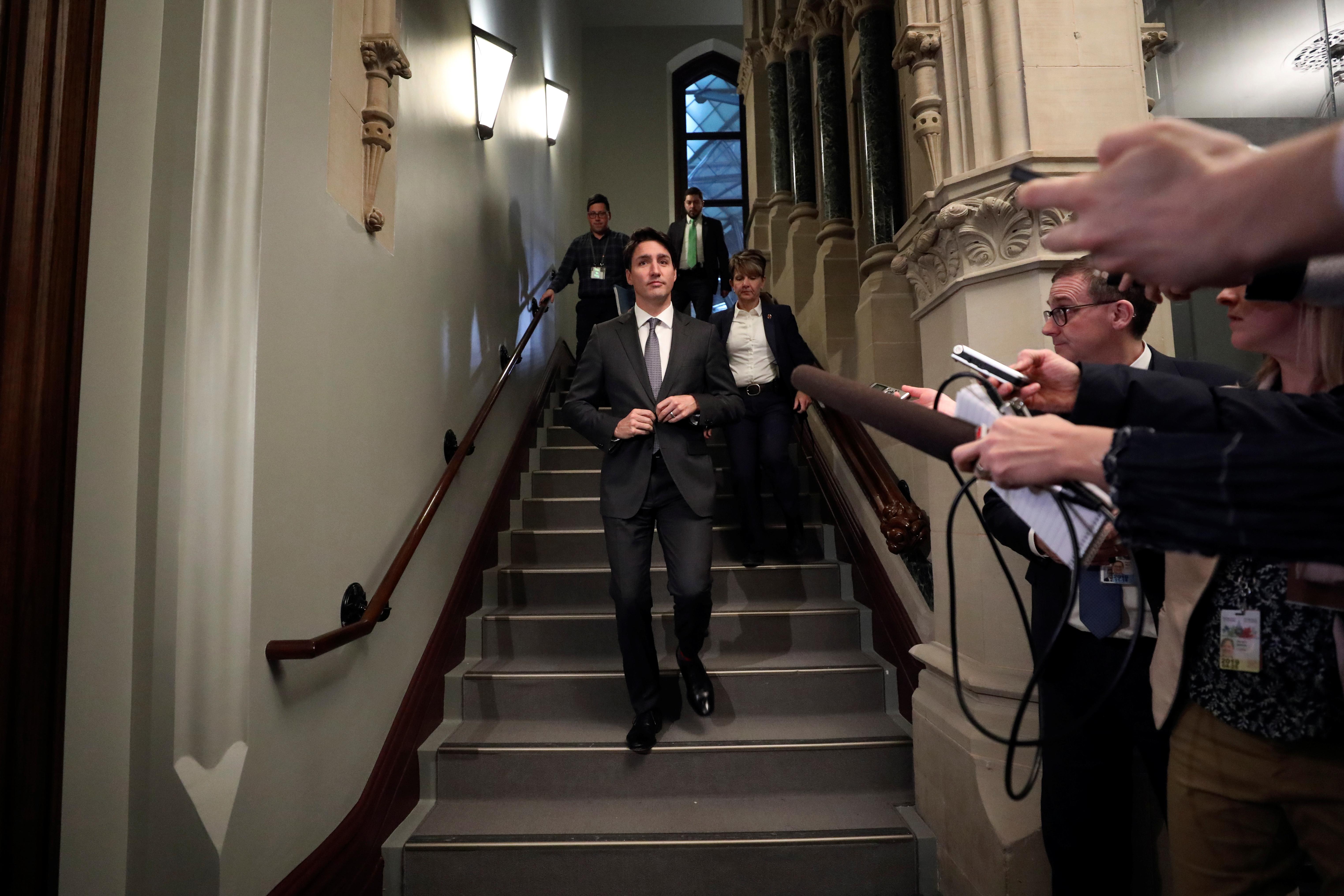 Trudeau told an emergency meeting of legislators on Tuesday that former Justice Minister Jody Wilson-Raybould and former Treasury Board chief Jane Philpott had undermined the party and betrayed its trust.

The almost two-month old scandal centered on Wilson-Raybould, who in February said officials had inappropriately pressured her while she was justice minister to ensure construction company SNC-Lavalin Group Inc would escape a corruption trial.

In recent weeks, senior party figures and lawmakers had grown frustrated with Trudeau’s handling of the crisis, especially since both former ministers remained in the caucus despite their open hostility.

A long list of ministers and Liberal parliamentarians echoed Trudeau’s emphasis on party unity on Wednesday, but the opposition reiterated that the expulsions were proof of a cover up.

It is too soon to say whether Trudeau’s problems are over, political analysts said.

“This scandal has blotted out the sun. Now the question is, did he kill it?” said Ipsos pollster Darrell Bricker. Last week Ipsos put the Conservative Party 10 points ahead of the Liberals, thanks to the SNC-Lavalin affair.

“This issue has taken Trudeau into a territory where he could really lose,” Bricker said, adding that while the prime minister had now shored up his standing as party leader, he still must win back public opinion.

But another pollster, Frank Graves at Ekos, said there were signs the damage had been limited and that there was fatigue over the issue among the general public. Ekos polls showed the Liberals had lost 3-4 percentage points during the scandal.

“But the numbers we are seeing now are same as they were before,” Graves said.

Wilson-Raybould and Philpott, who quit as minister because she disagreed with how the SNC Lavalin affair was being managed, stood side-by-side while speaking to reporters on Wednesday.

They said they had defended the independence of the judiciary and had no regrets, but they stopped short of attacking Trudeau head on or threatening legal recourse.

The affair has hurt the prime minister’s image as a self-avowed feminist and a leader who has taken to heart the cause of Canada’s indigenous population.

He recruited candidates such as Wilson-Raybould, who was named as the first indigenous justice minister, and Philpott in part because they were new to politics.

During a special event in parliament aimed at encouraging more women to get involved in politics, some of the attendees turned their backs on Trudeau as he spoke, prompting several of his Cabinet ministers to come to his defense.

“We have a strong prime minister that is a feminist,” Tourism Minister Melanie Joly told reporters.

“I would argue that loyalty and feminism are two different things. There’s no male or female definition of loyalty. Either you want to work in a team, or you don’t.”