A desperate search is underway after a man ‘failed to resurface after trying to free his boat’s snared propeller’.

It was claimed the man tried o free his boat’s propeller as it became fouled – when a line, wire or net is wound around the device.

The alarm was raised at around 6.50pm on the south side loch in Dores, after two people fell overboard into the water. 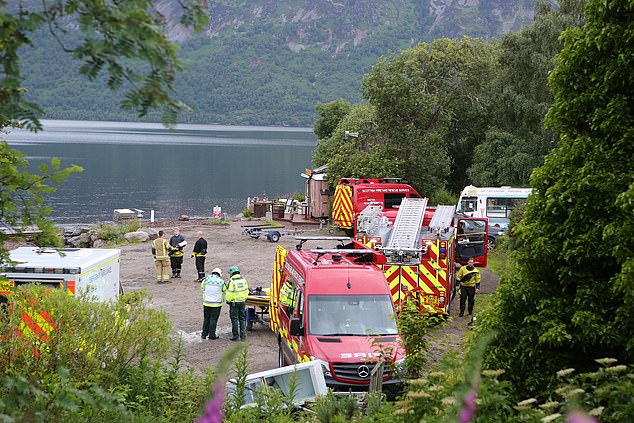 Fire engines pictured as rescuers search for a man missing in the Loch Ness. The alarm was raised at around 6.50pm on the south side Loch in Dores

The boat, called Miss Adventure, was towed and is currently tied up at Temple Pier near Loch Ness RNLI Lifeboat station.

The temperature of the loch’s water is cold all year round at approximately 5C.

A Police Scotland spokeswoman said: ‘Around 6.50pm on Thursday, emergency services were made aware of two men having fallen from a boat into Loch Ness near Dores Bay.

‘One man has been rescued from the water and a search is currently ongoing for the other.’

An Inverness-based coastguard search and rescue helicopter, police and fire service personnel have been searching the huge loch, which covers 22 square miles.

Fire service boats, a lifeboat and fire engines were also sent to the scene. 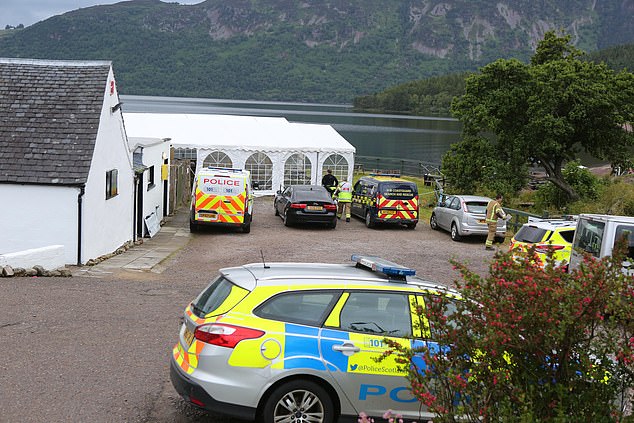 Police vehicles at the scene earlier on Thursday. It was claimed the man failed to return to the surface after trying to free his boat’s propeller 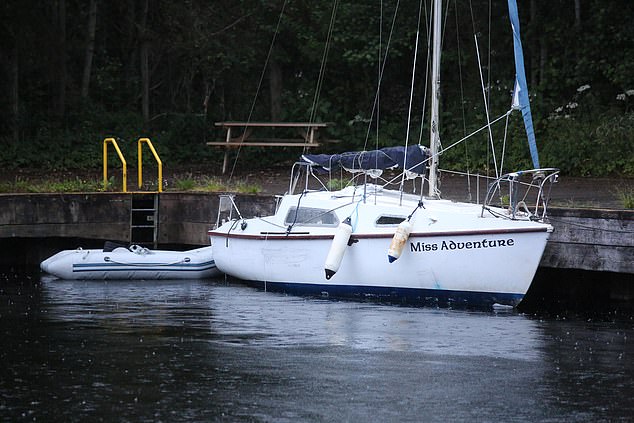 The boat (pictured above), called Miss Adventure, is currently tied up at Temple Pier near Loch Ness RNLI Lifeboat station after it had been towed

The search was later extended to cover a ten-mile stretch from Dores to near Urquhart Bay – further up the loch.

One local, who did not wish to be named, said: ‘The boat the two guys were in had been kept at Dores. The chap who is missing was known to people locally.

‘I heard that the boat got it’s prop fouled in the middle of the loch and at some stage they both went in the water – I think one of them tried to free the prop but never came up.

‘I don’t know if the other man then went in to find him, but I can only speculate that’s what may have happened.’