The Crown Estate is suing Twitter in a row over alleged unpaid rent at its London headquarters.

Britain’s Crown Estate, an independent commercial business that manages the property portfolio belonging to the monarchy, said on Monday it had begun court proceedings.

Court lists showed the case against Twitter had been filed at the High Court in London last week.

In a statement, the Crown Estate, which owns some of the most expensive land in central London, said the action related to ‘rental arrears’ on the social media platform’s office space in the capital. 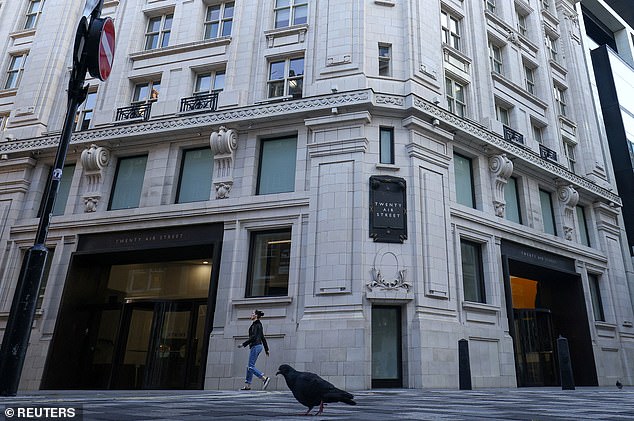 This comes after Elon Musk, 51, took over the social media giant in a $44 billion deal in October and shrunk the company’s staff from around 7,000 to 2,500 in an attempt to rebrand Twitter and its woke policies.

In London, the office was left deserted and any evidence that Twitter had once occupied the building were erased.

Last month MailOnline reported that Musk was cleaning out the Twitter HQ in San Francisco by auctioning off ‘woke‘ office supplies, such as a massive Twitter bird statue and other thousand-dollar items starting at $25. 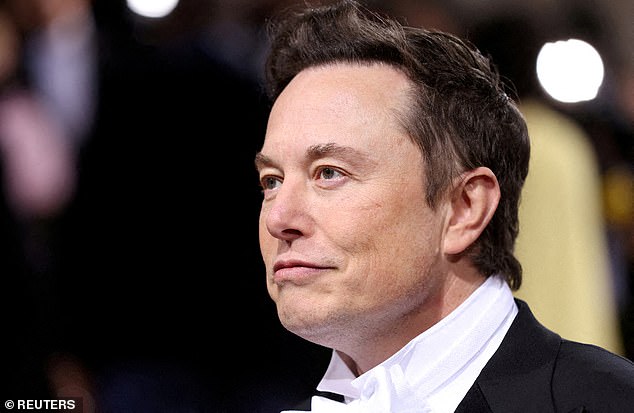 Elon Musk, 51, took over the social media giant in a $44 billion deal in October and shrunk the company’s staff

The items from the San Francisco office included valuable luxury items, such as a $20,000 espresso machine, a $10,000 vegetable dryer and a $17,000 braising pan. An ‘@’ shaped planter was also up for grabs, along with chairs, tables and kegs.

The items were listed on the website BidSpotter under Heritage Global Partners.

It is unclear why Musk decided to auction off the items, but some speculated Twitter’s earning may be low since the CEO announced in November that the social media company had seen a drop in revenue.

‘Twitter has had a massive drop in revenue, due to activist groups pressuring advertisers, even though nothing has changed with content moderation and we did everything we can to appease the activist,’ Musk wrote at the time.

Earlier this month it was revealed Musk had broken the world record for amassing the largest losses to his personal fortune in history.

The entrepreneur wiped out $165 billion off his wealth between November 2021 and December 2022, according to the Guinness World Records.

The share value in Musk’s electric car firm Tesla crashed by around 65 per cent after he bought Twitter last year, a move that spooked investors.