Cop kneels on neck of screaming boy, 14, in chilling echo of George Floyd for ‘not wearing Covid face mask properly'

THIS is the moment a Spanish cop presses his knee down on a 14-year-old’s after he caught him without his face mask on properly.

In a chilling echo of the death of George Floyd, the youngster can be heard screaming in agony as he lies on the pavement. 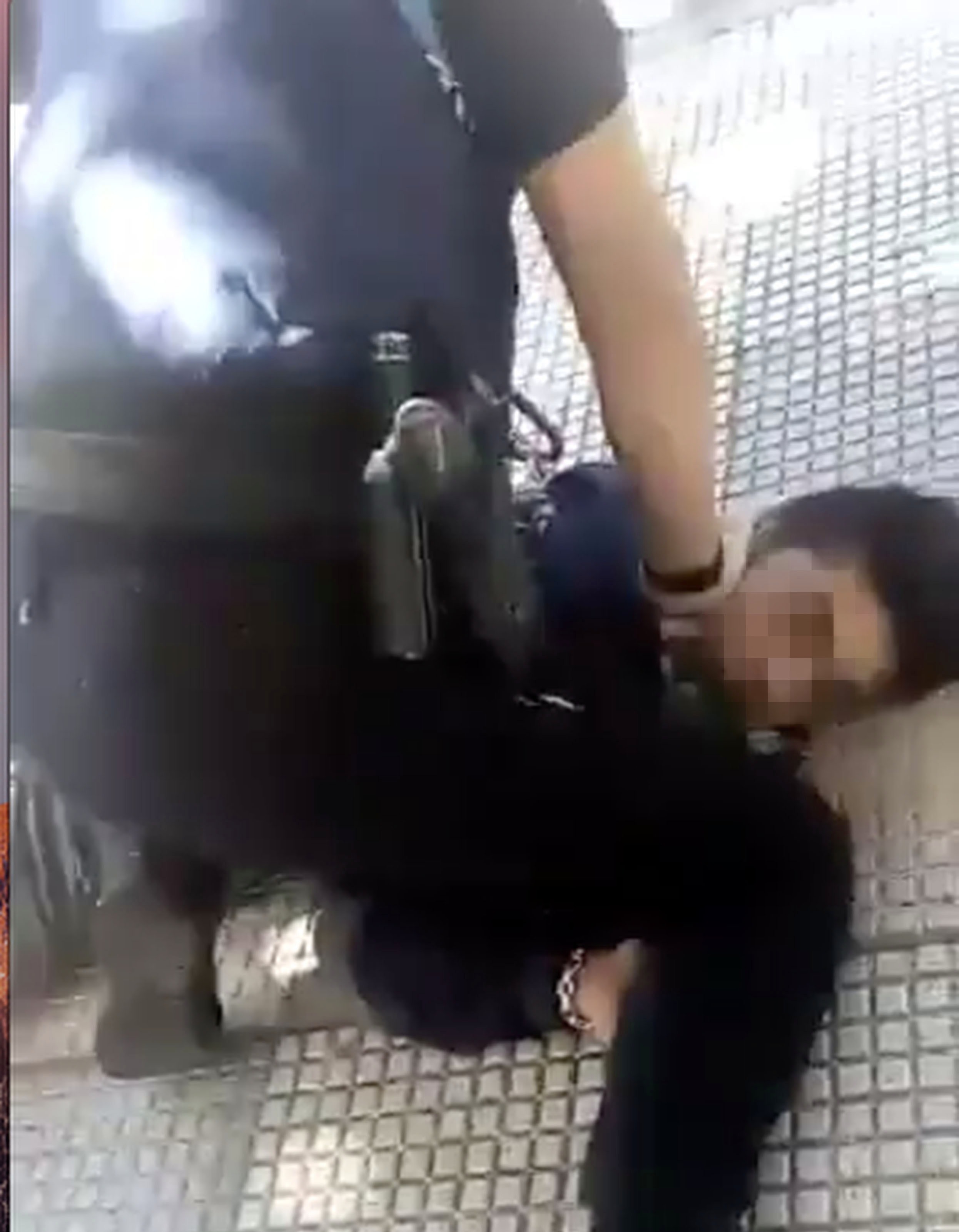 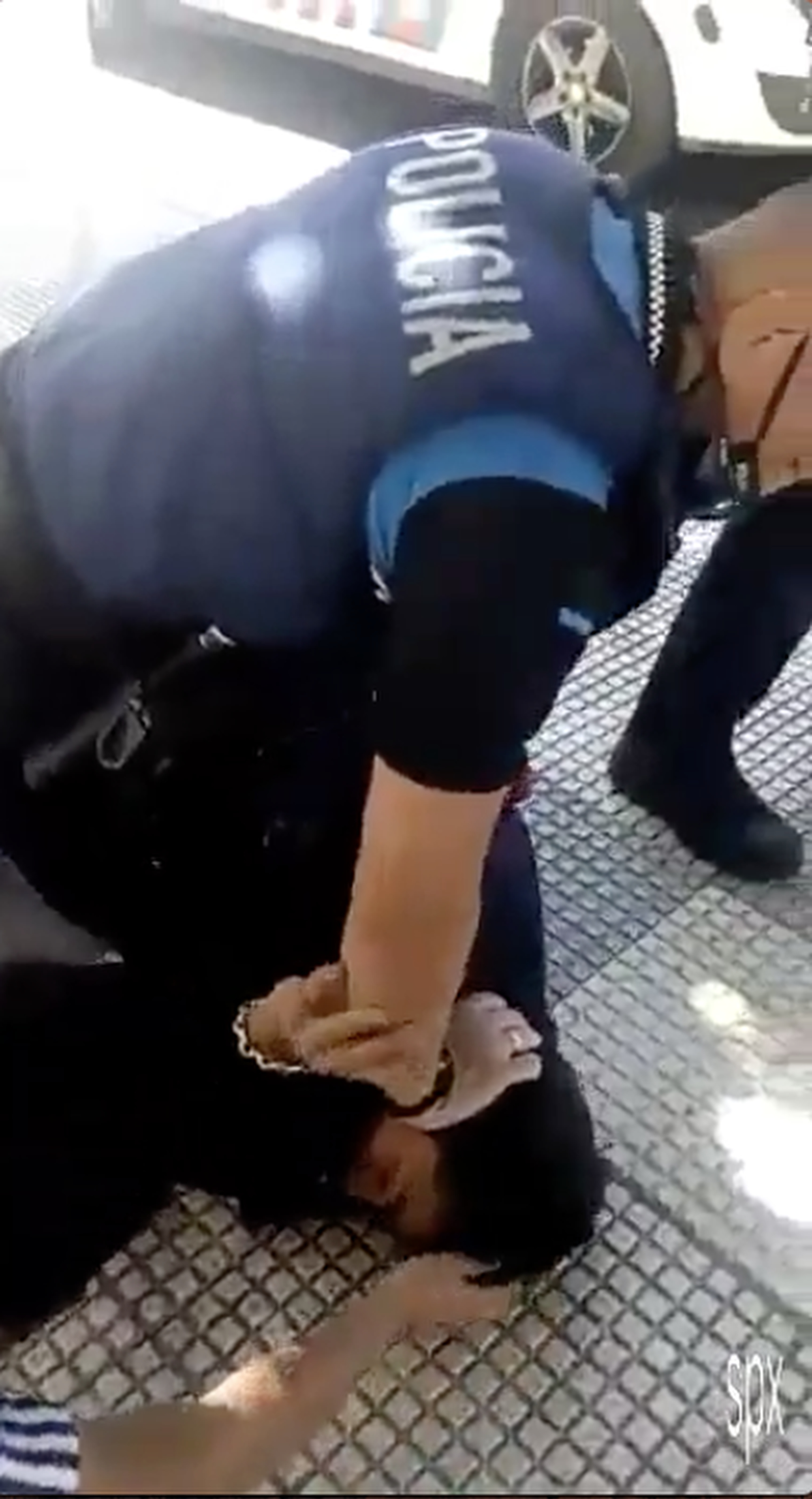 In the footage, an onlooker could be overheard shouting at the officer "don’t squeeze him so hard” as he used the controversial restraint.

Another female in the crowd gathered round the policeman branded him an “abuser” and “b*****d” as he also used his hands to press down on the boy’s face to keep him pinned to the floor.

A second policeman was then filmed asking for the ID of an older woman thought to be the boy’s mum who started criticising the police as they took the teenager away.

The incident happened on Tuesday in the northern city of Miranda de Ebro just below the Basque region of Spain.

Relatives of the youngster admitted he had been wearing his face mask round his neck when he was approached by police.

But an uncle denied the teenager had sparked the arrest by trying to assault police and announced the family would sue.

“He was already known to officers and when they saw him they took advantage and went for him like a pack of lions,” told local daily Diario de Burgos. 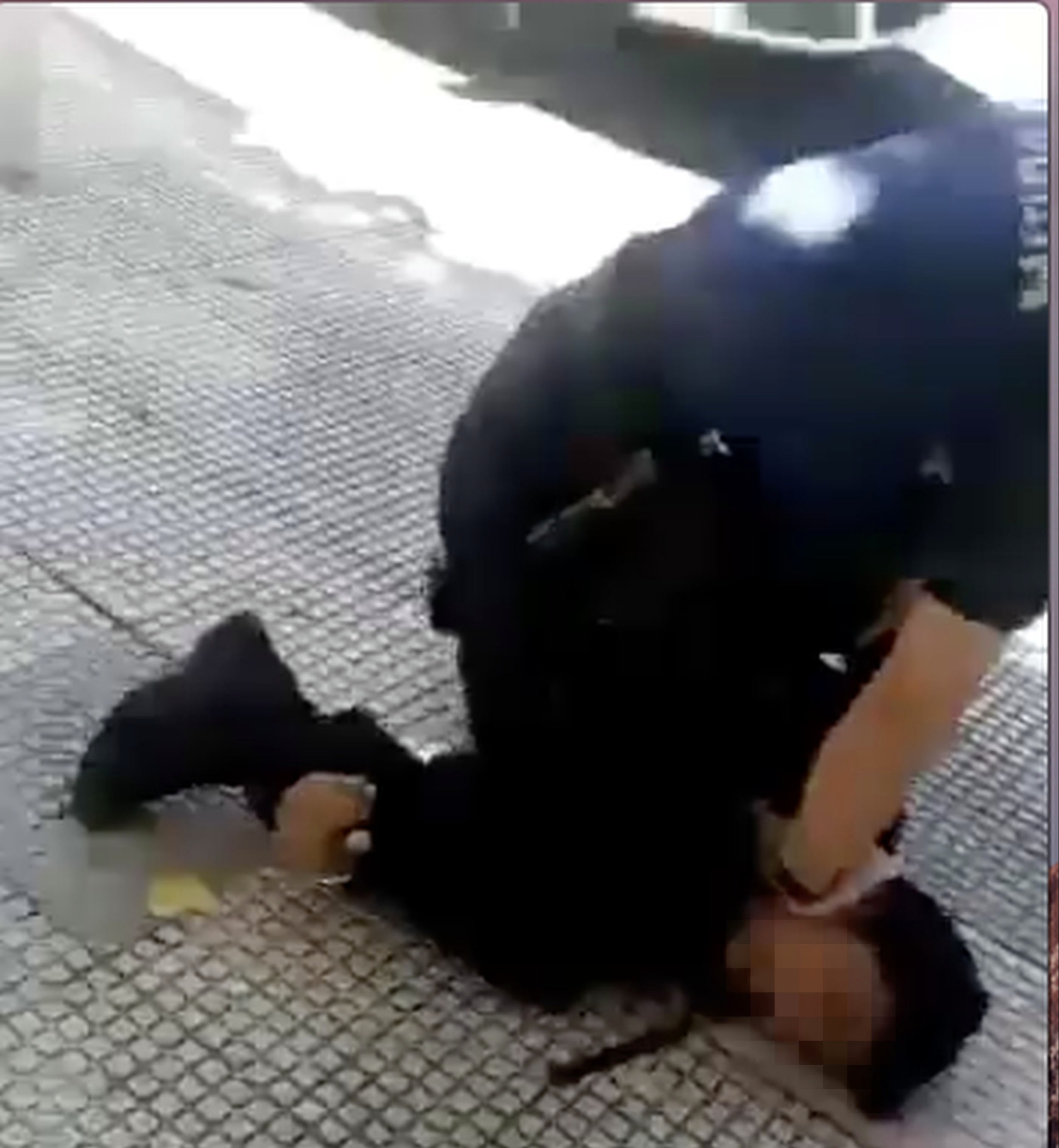 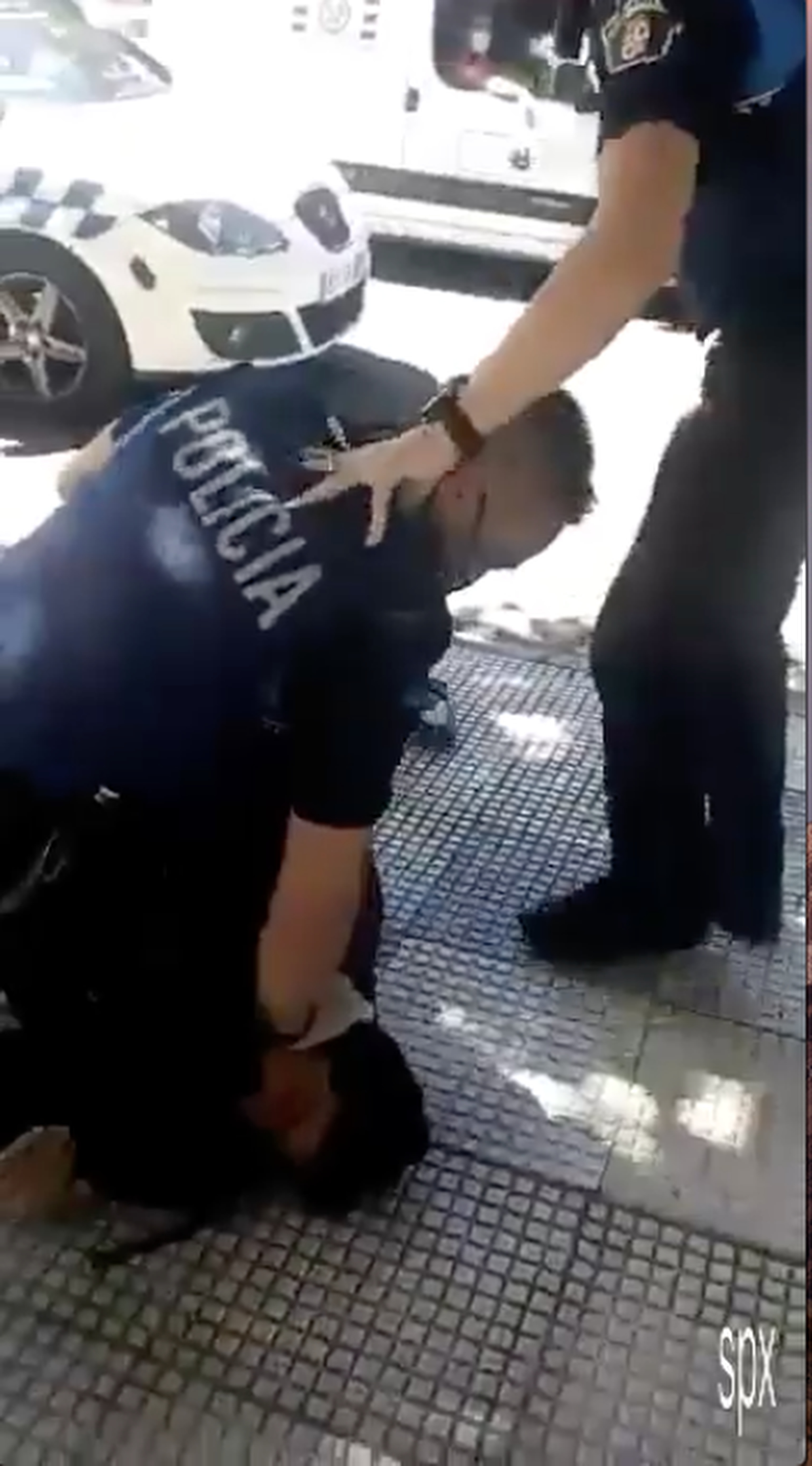 The restraint the policeman used was being compared in Spain to the controversial method that led to Mr Floyd’s death in Minneapolis in May.

One social media user wrote: “This is not the United States, this happened on Tuesday in Miranda de Ebro.

But Miranda de Ebro City Hall, which employs the officers filmed in the arrest scene, insisted the video was “out of context” and followed an attempted assault on one of the policemen which was not in the footage.

Security Councillor Pablo Gomez said arrest occurred after the boy resisted arrest following an attempted assault with a dog chain on one of the officers who asked him to fit his face covering properly over his nose and mouth.

“It’s striking but the response was adequate and proportion to what happened.

“The images only show the moment in which the youngster is being overpowered and restrained but not the most important thing which is what happened before.

“We back the police action and reiterate that only a part of what happened has been published.

“Before making a judgement people need to know the full version of events.”

The officer filmed restraining the youngster was said to be off sick with a cheek injury sustained during the incident.

The youngster is thought to have been released from custody pending an ongoing investigation.