Boss of Japanese restaurant Nozomi is ordered to 100 hours unpaid 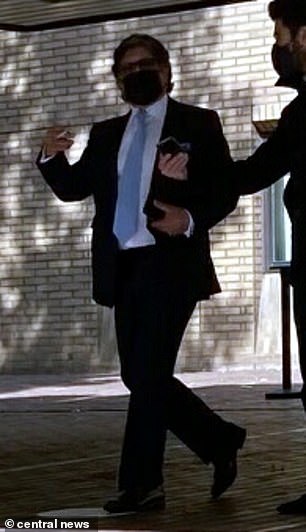 The boss of Knightsbridge Japanese restaurant Nozomi has been ordered to perform 100 hours of unpaid work after he continued to manage the company while disqualified.

Marios Georgallides, 62, oversaw the celebrity eatery near Harrods in central London while banned from acting as the company director.

The fashionable restaurant opened to much fanfare in 2005 and has welcomed celebrities such as Rihanna and Lindsey Lohan.

Georgallides was banned from acting as a company director for 12 years in 2016 after taking on the role while already disqualified, failing to pay debts of £1.3million and abusing a company’s banking facilities.

He had already been slapped with a six-year ban in February 2010 preventing him from running the business.

But Georgallides ignored the order and continued to sign over 1,200 cheques for Nozomi, many of which bounced, according to the Insolvency Service.

The businessman, from Highgate in north London, has now admitted three counts of using a prohibited company name and a further count of taking part of the promotion, formation or management of a company whilst disqualified.

He was given a 12-month community order and ordered to undertake 100 hours of unpaid work at Southwark Crown Court.

A further disqualification from serving as a company director was handed which will run concurrently with his existing one.

Prosecutor Valerie Charbit told the court: ‘He used a prohibited company name when barred from doing so, on three occasions, and … he was involved in the management of a company whilst disqualified.

‘These are all criminal offences.’

In 2009, Nozomi was taken over by Eastzest – a company Georgallides had resigned from several months earlier.

Ms Charbit added: ‘Mr Georgallides used the company to carry out the business of Nozomi restaurant and obviously he was prohibited from doing so.’

Georgallides owes nearly £1.5million to his creditors, including some of his own money which he had invested in the business.

Richard Whittam, defending, said that the ‘jingoistic press statement’ the insolvency service had issued in 2015 had resulted in ‘punishing’ publicity against his client.

‘The last alleged offending, even if it had been dealt with in the company court, is nine years ago,’ said Mr Whittam.

‘Significantly, no other offences have been prosecuted. No offences of fraud, not offences having an element of dishonesty.’ 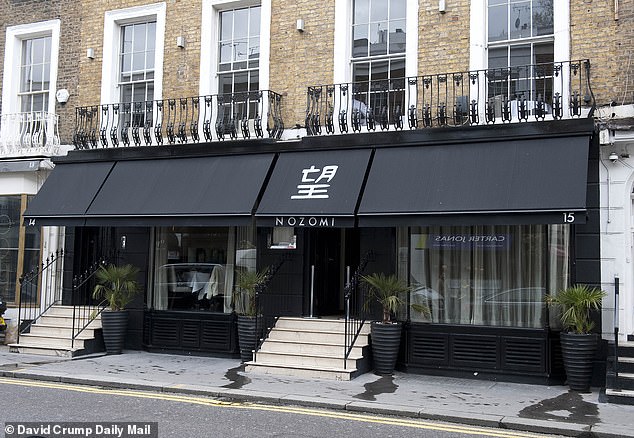 Mr Whittam added that Georgallides had lost £70,000 of his own money that he had invested in the companies.

His wife had to put their north London house down as a security to pay the debt, added Mr Whittam.

The businessman who was held in ‘high regard’ in his community also suffered from a number of health issues, said Mr Whittam.

In 2012, bailiffs turned up at Georgallides’s £4million Highgate home to demand payment for an overdue driving penalty after he performed an illegal u-turn in Ponders End.

Judge David Tomlinson said he had found no evidence Georgallides had been dishonest.

‘You will not be able to play the role of a company director until you are 70 years old at least,’ he said. ‘I take account that you lost money in regards to two of these companies.’

The prosecution will now bring confiscation proceedings against him.

The Insolvency Service said in its statement released in November 2015: ‘Eastzest Ltd took over the trading of the Knightsbridge Japanese restaurant, Nozomi, in July 2009 with Marcello Santese as it’s only recorded director, Georgallides having resigned as a director in March 2009.

‘However, the overwhelming evidence showed he remained in control as a director throughout its trading until liquidation on 8 June 2011.

‘Mr Georgallides had previously been disqualified as a director for six years in February 2010 but retained ownership through various family trusts and remained a signatory to the bank account until March 2011, when the bank discovered his disqualification.

‘During that period, Mr Georgallides signed over 1,200 cheques.

‘At liquidation, the company owed nearly £1.3million to HMRC in relation to arrears of VAT, PAYE and National Insurance Contributions having only paid £111,500 of the debt due during trading.

‘During its trading period, the company issued cheques and direct debit payments which were not met on 1,065 occasions with a total value of £1,018,068, incurring £29,700 in bank charges.’

Mark Bruce, Chief Investigator with the Insolvency Service, had said: ‘Mr Georgallides effectively ignored his first disqualification and carried on as the main director of this prestigious restaurant.

‘He must have realised during the trial, that the weight of evidence was heavily against him and threw in the towel.

‘I was involved in the investigation of his previous companies and Mr Georgallides has a repeated history of non-payment of his various companies’ debts and abuse of the banking facilities.

‘He displays exactly the sort of behaviour that gives some directors a bad name and a 12 year ban reflects how serious the insolvency service views his attitude to business.’