THIS is the bizarre moment televangelist Kenneth Copeland does a creepy fake laugh for 40 seconds after Joe Biden was declared the winner of the election.

The 83-year-old pastor – who is estimated to be worth $760million – cackled manically during his Sunday service as it became clear the Democrat will take the White House. 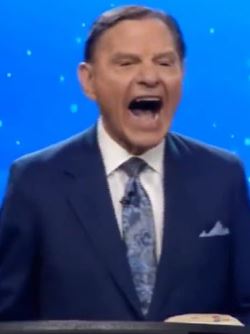 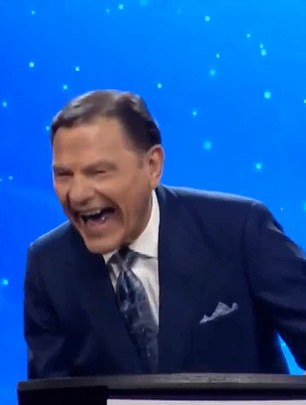 He was reacting as all the major networks called the election for Biden as he passed the key 270 electoral vote threshold to win.

"The media said what?" Copeland says he addresses his congregation, before letting out a chuckle.

Texas-based Copeland continues on for around another 40 seconds, much to the delight of the gathered audience who leap to their feet and laugh along with him.

The preacher then lets out a loud "whoop" before abruptly finishing his cackling and continuing his sermon.

His sarcastic shrieking comes as Trump refuses to concede the election and continues to assert without evidence that he is the real winner.

The Trump campaign claims there has been a widespread voter fraud conspiracy which tipped the election in Biden's favor in multiple key swing states.

Biden took the lead as mail in ballots were counted, and won the largest number of votes ever in an election with 74million following the polarizing campaign.

Copeland has previously been the subject of several peculiar viral videos and worked as an advisor for the Trump campaign in 2016. 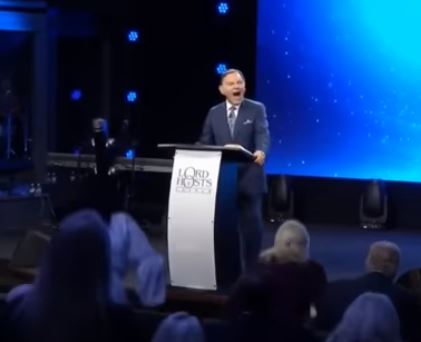 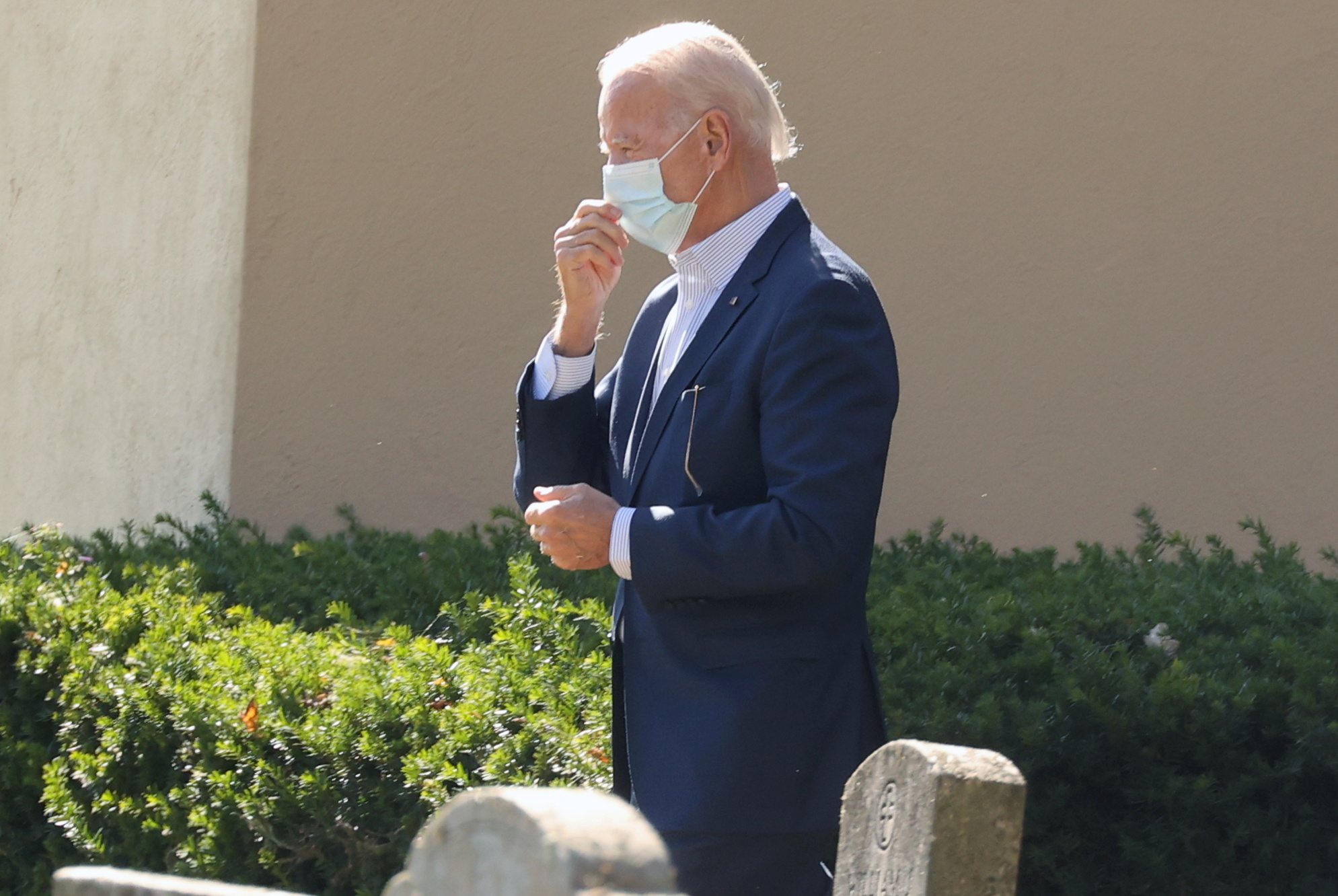 Social media users were both amused and disturbed by Copeland's wide-mouthed guffawing as the clip was shared by Right Wing Watch.

Some compared him to Joaquin Phoenix's portrayal of comic book villain The Joker, who in 2019 hit movie of the same name has an uncomfortable and pathological laugh.

One said: "I had never seen someone laugh in tongues before today" and another added "imagine having a laugh that maniacal and thinking you're the good guy".

Another joked "doesn't everyone laugh like that?" and one quipped "like a scene out of the Poltergeist/Texas Chainsaw Massacre crossover that never happened".

"Next year, somebody needs to go as Kenneth Copeland for Halloween cause I can’t think of anything creepier at the moment," one added.

Another wrote: "Kenneth Copeland is a performance artist of rare rare genius. I can only watch and learn." 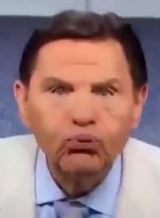 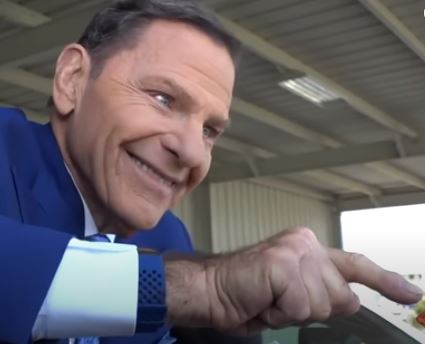 Videos circulating of Copeland have picked up during the coronavirus pandemic as he claimed it was brought to America due to "displays of hate" towards Trump.

The multimillionaire – who famously has a private jet – also urged his followers not to stop paying tithes to churches if they lost their jobs.

In another sermon, he forcefully exhaled towards the camera and claimed he had used the "wind of God".

"You are destroyed forever, and you'll never be back. Thank you, God. Let it happen," he said.

Since that stunt, more than 230,000 Americans have been killed by the virus with the issue redefining the contest between Trump and Biden.

He also claimed that Trump's own Covid battle proved that Christians are immune to the deadly virus.

More than 1,000 Americans continue to die daily of the coronavirus and each day sees 100,000 new cases.

And in 2019 and uncomfortable exchange between him and an Inside Edition reporter went viral as he defended his need for a private jet – as it allows him to escape "demons". 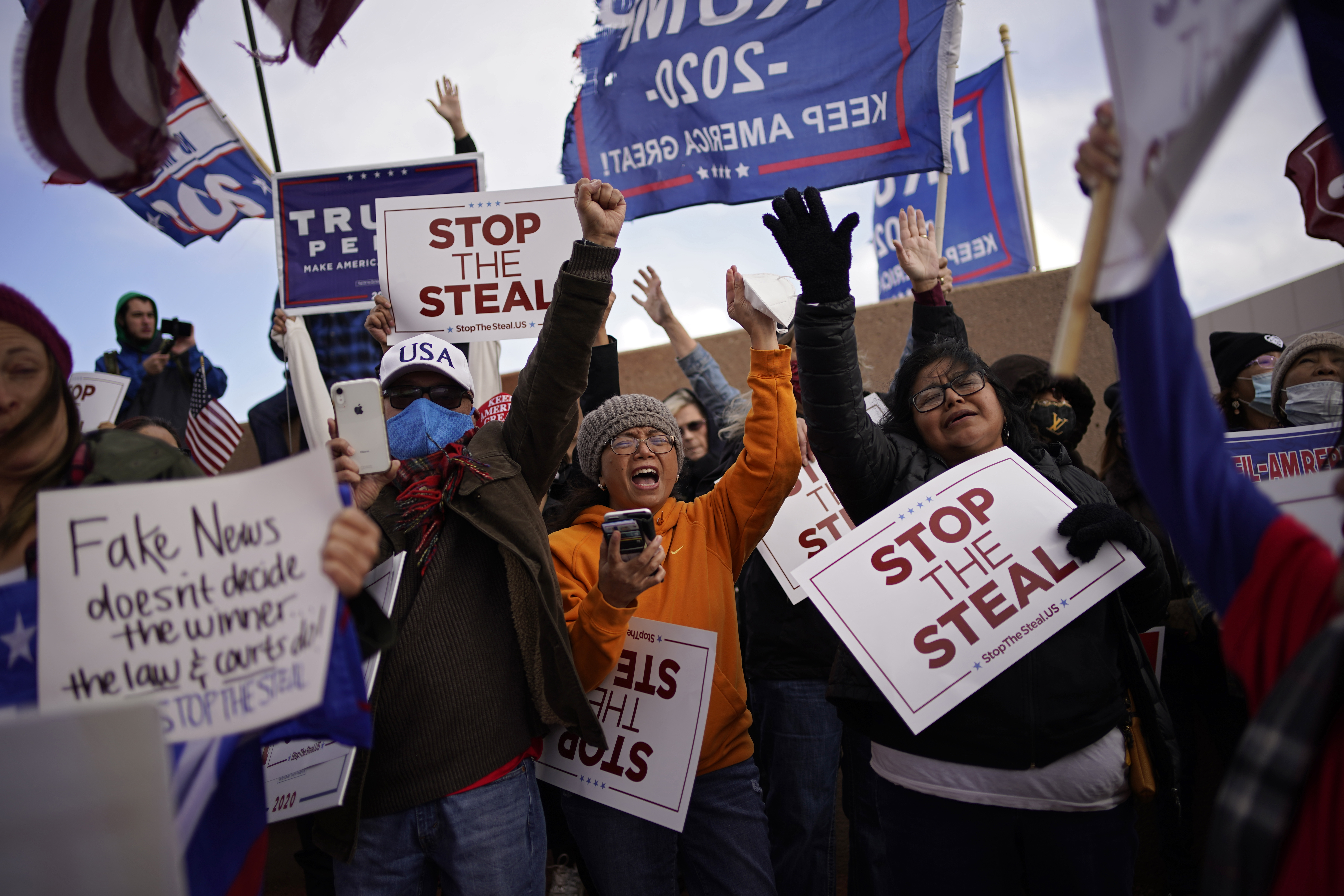 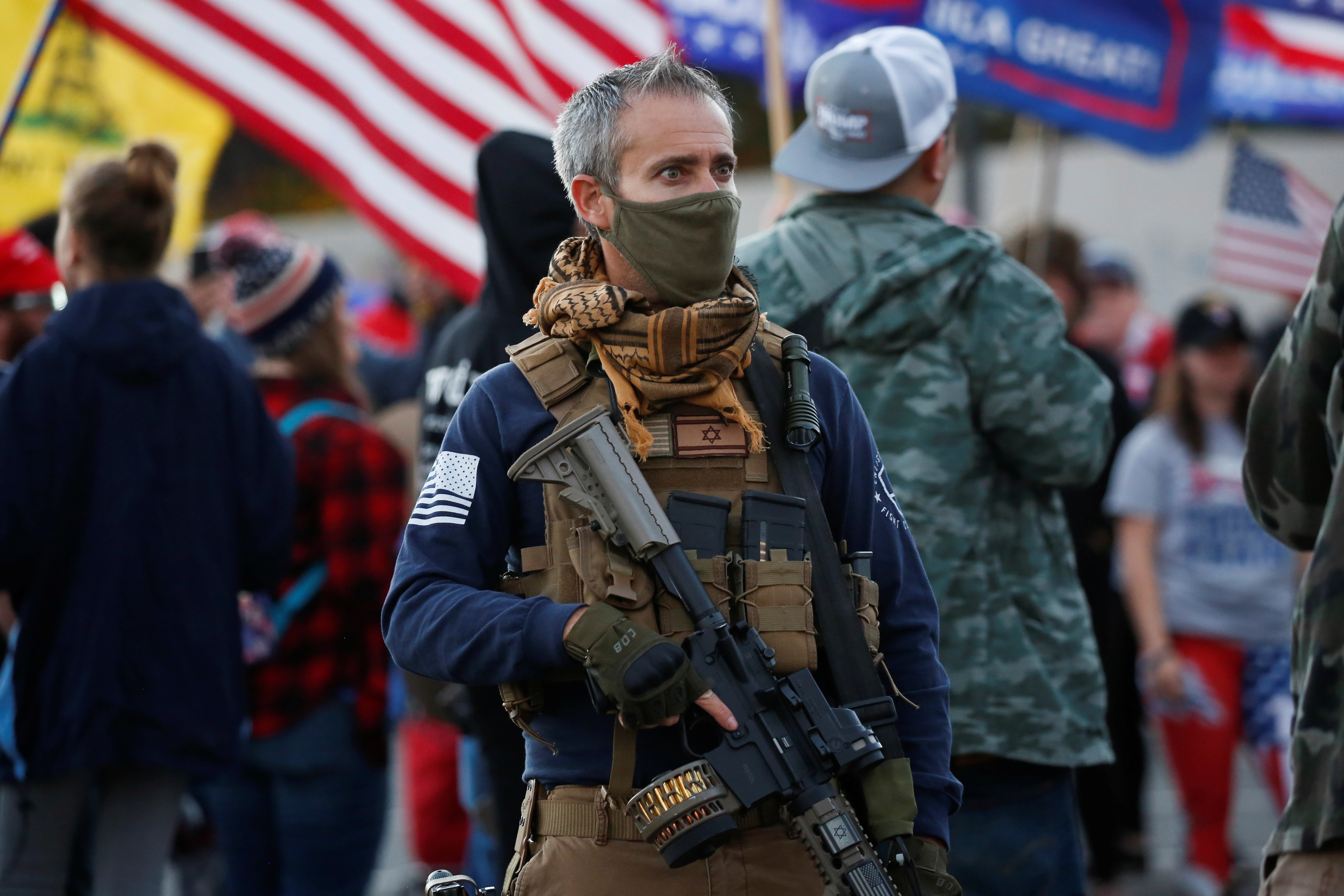 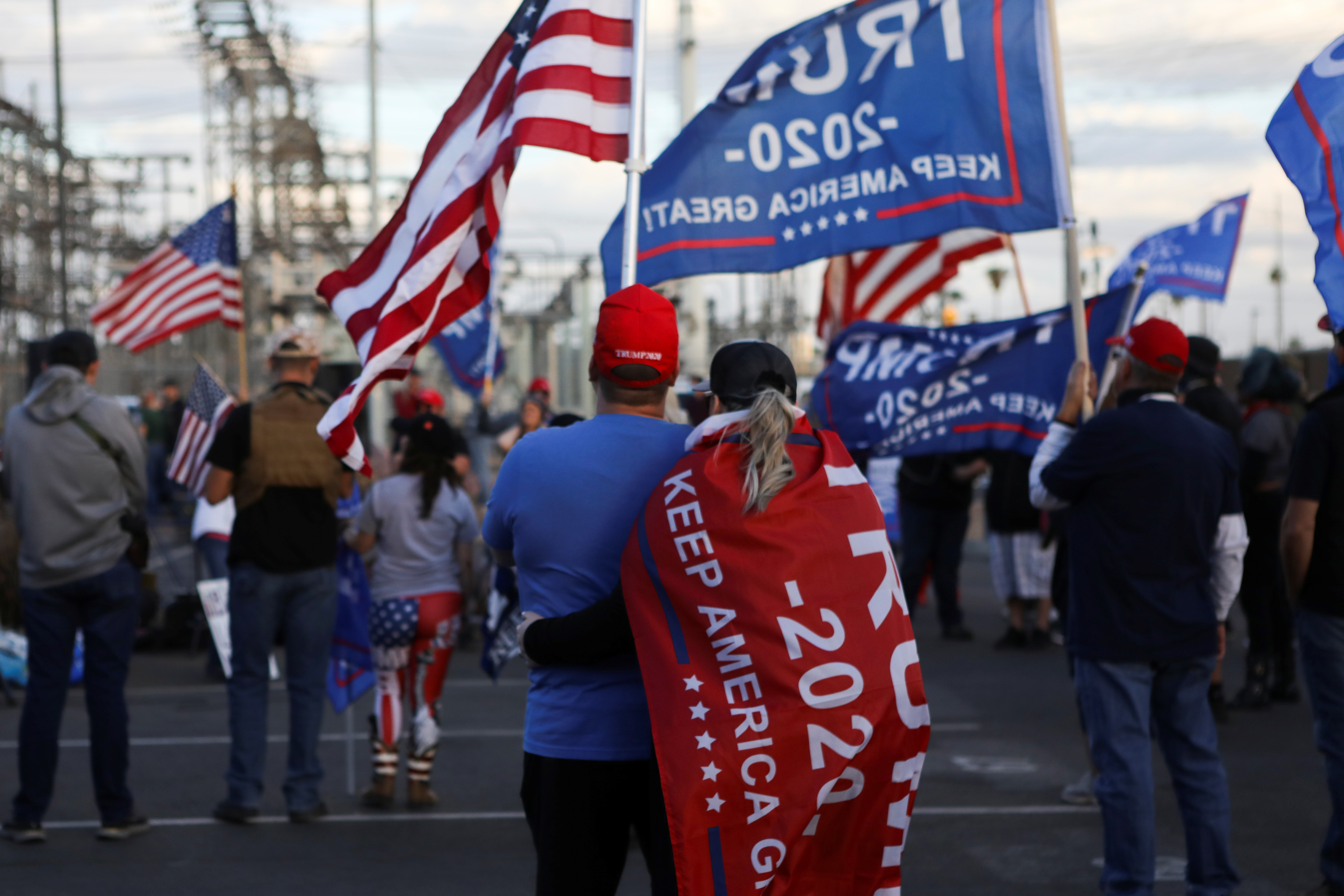 The President has doubled down on his refusal to accept the result as his sons Don Jr and Eric demanded a "manual recount" and even Melania told him not to give up.

But in an interview with 60 Minutes, commissioner Schmidt said he was shocked at the accusations made against him and his team.

He said: "From the inside looking out, it feels all very deranged. At the end of the day we are counting eligible votes, cast by voters. "

Mr Schmidt was speaking as Trump continued to claim the election was rigged and was planning rallies where he promises to reveal "evidence" for his claims.

Last night Axios reported the Trump campaign was mobilizing its troop for war ahead as they prepare to try and tie up the election results in litigation.

One advisor said: "We want to make sure we have an adequate supply of manpower on the ground for man-to-man combat."

The President tweeted: "Since when does the Lamestream Media call who our next president will be? " 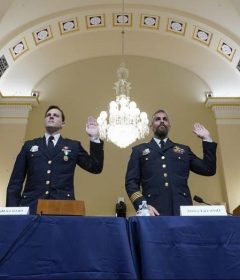