Police rushed to the scene, on Elmton Court, Cunningham Place, just after 6 pm following reports of a man having been attacked.

Armed officers were pictured running along the street and London Ambulance Service was also on the scene.

A Met spokeswoman told the Daily Star Online the suspected stabbing happened close to the mosque and the building forms “part of the footprint” of the area being searched after a suspect fled the scene.

There is no suspected link to terrorism at this stage and a crime scene is in place near to the mosque. 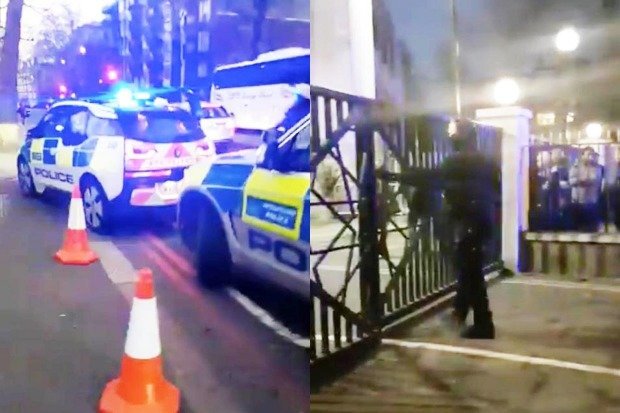 The Met initially said the victim was being treated at the scene but added at 8 pm that he was dead.

The force said in a statement: A man stabbed at a housing block in Cunningham Place, central London, has died in hospital as police surround London Central Mosque in the search for suspects.”

Images on social media show numerous police vehicles outside the place of worship and confused onlookers.

“Deeply saddened to hear this awful news. Police have been in contact with me and we await further details.” 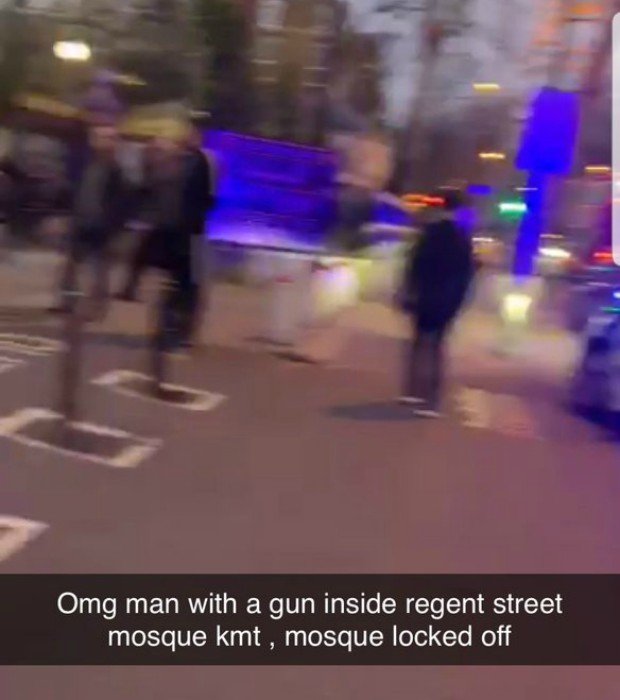 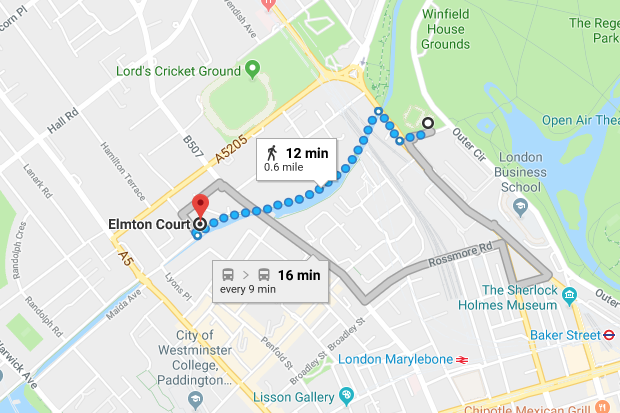 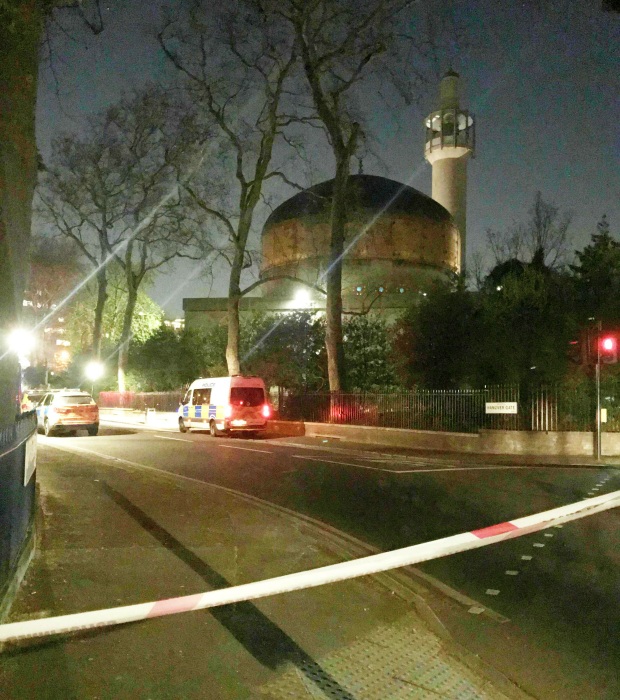 One user of social media claimed there was a “man with in gun inside.” They added: “Mosque locked off.”

“Hearing mad helicopters near my yard. Apparently loads of armed police are inside regents park mosque and no one can go in or out,” added Twitter user @rvheem.

John Stealer, a taxi driver who drove by the scene, told the Evening Standard: “I could see a massive police presence outside the mosque and I could hear the helicopter above.

“I could see the flashing lights from a distance.”