JACKSON, Miss. (Reuters) – A white Republican senator’s casual reference to a “public hanging” has inflamed a special election runoff in Mississippi, fueling Democratic hopes of an upset in a conservative state with an ugly history of racist violence.

The U.S. Senate race between appointed Republican incumbent Cindy Hyde-Smith and Democrat Mike Espy, a black former congressman and U.S. agriculture secretary, will test the power of the black vote and the viability of Democrats in a region where Republicans have dominated for decades.

The Nov. 27 runoff, which caps a congressional election cycle drawn out by recounts and too-close-to-call races, will not affect the balance of power in Congress. Republicans will hold a Senate majority even if Hyde-Smith loses and Democrats will control the House of Representatives.

Espy, 64, is a heavy underdog in the Deep South state, which has not elected a Democrat to the Senate since 1982. But his campaign got a jolt of adrenaline when a video surfaced a week ago showing Hyde-Smith, 59, praising a supporter by saying: “If he invited me to a public hanging, I’d be on the front row.”

The comment set off a furor in Mississippi, a state scarred by a history of racism and violence against blacks, including lynching. According to the NAACP civil rights group, Mississippi had 581 lynchings between 1882 and 1968, more than any other state.

Advocacy groups conducting a voter turnout drive aimed primarily at African-Americans, who make up 38 percent of the state’s residents, said their efforts had gained new urgency.

“If people recognize the importance of this moment, there is an opportunity for Secretary Espy to win this race,” said Chokwe Antar Lumumba, the black Democratic mayor of Jackson, the state’s largest city. “If we can show progress in a state with such historic suffering, then what does it say about the future?”

Hyde-Smith, a former state legislator appointed in April to replace retiring Senator Thad Cochran, released a statement calling the Nov. 2 comment “an exaggerated expression of regard” for a friend.

She apologized for the remarks for the first time during a debate on Tuesday, but said Espy had twisted her words for political gain – a charge he denied.

Retailer Walmart Inc, medical device maker Boston Scientific Corp and railroad Union Pacific Corp made public requests this week for Hyde-Smith to return their donations because of the remarks.

Espy would be the first black senator from Mississippi since shortly after the Civil War. He told reporters that Hyde-Smith’s “disappointing, hurtful” remarks perpetuated stereotypes Mississippi was striving to overcome.

“There was already a high level of engagement but her comments took everything up to a whole new level,” said Cassandra Welchlin, co-director of the Mississippi Black Women’s Roundtable, one of at least two dozen advocacy groups involved in turnout efforts.

Welchlin’s group is partnering with childcare centers, churches and sororities to target infrequent black women voters. Other groups are focusing on registered black voters who did not participate in the Nov. 6 election, using phone banks, texting parties and ride-shares to get them out. 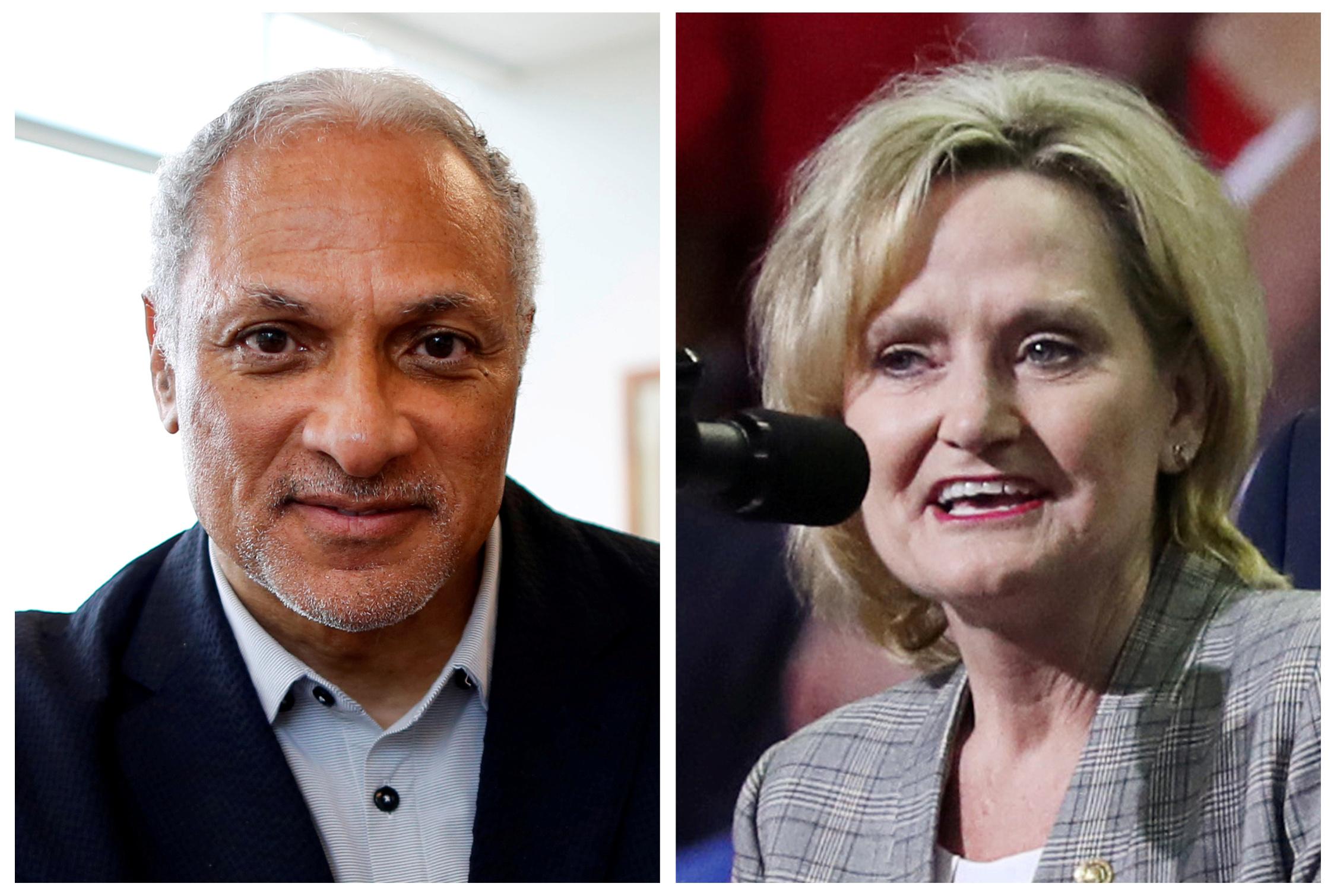 Espy has used the Jones race as a template, focusing on issues like rural healthcare, equal pay and education. A political moderate, he portrays himself as a bridge-builder in a state where Republican President Donald Trump is popular.

At a weekend breakfast in Jackson, Espy told black women leaders that Jones was elected because women turned out to support him. “What that did for Doug Jones in Alabama, you have to do for me in Mississippi,” he said.

The runoff to serve the last two years of Cochran’s term was needed because no candidate gained more than 50 percent of the vote in a Nov. 6 special election. Hyde-Smith and Espy, who nearly deadlocked at about 41 percent, met in their only debate on Tuesday night.

Both the Republican and Democratic national parties have sent help to Mississippi for the runoff.

Trump will hold two get-out-the-vote rallies in the state next week, and the National Republican Senatorial Committee said it was spending at least $800,000 on ads. That will be augmented by $1 million from the Senate Leadership Fund, an outside group aligned with Senate Republican leader Mitch McConnell.

National Democratic committees are sending staff to help get out the vote, and the Democratic-aligned Senate Majority PAC has started a $500,000 ad buy. Senators Kamala Harris of California and Cory Booker of New Jersey, who are both African-American and potential 2020 presidential contenders, campaigned with Espy.

“This is a race that has national importance,” Harris said at the Jackson breakfast, saying the outcome would “make a point about who we are as a country, symbolized by the state of Mississippi.”

Hyde-Smith has hammered Espy as too liberal for Mississippi. She touts her endorsement from Trump, who won Mississippi by 18 percentage points in 2016, and campaigns in a bus with a blown-up photo of her and Trump stretched across the side.

Hyde-Smith became embroiled in another controversy last week when a video surfaced in which she seemed to endorse the voter suppression of liberal students as “a great idea.” In a statement, Hyde-Smith’s campaign said she was joking.

The wild card in the runoff will be how many supporters of Republican Chris McDaniel, a hardline conservative who captured 16.5 percent of the vote on Nov. 6, stay home or back Espy instead of Hyde-Smith.

McDaniel had criticized Hyde-Smith, a former Democrat who switched parties in 2010, as insufficiently conservative but endorsed her. 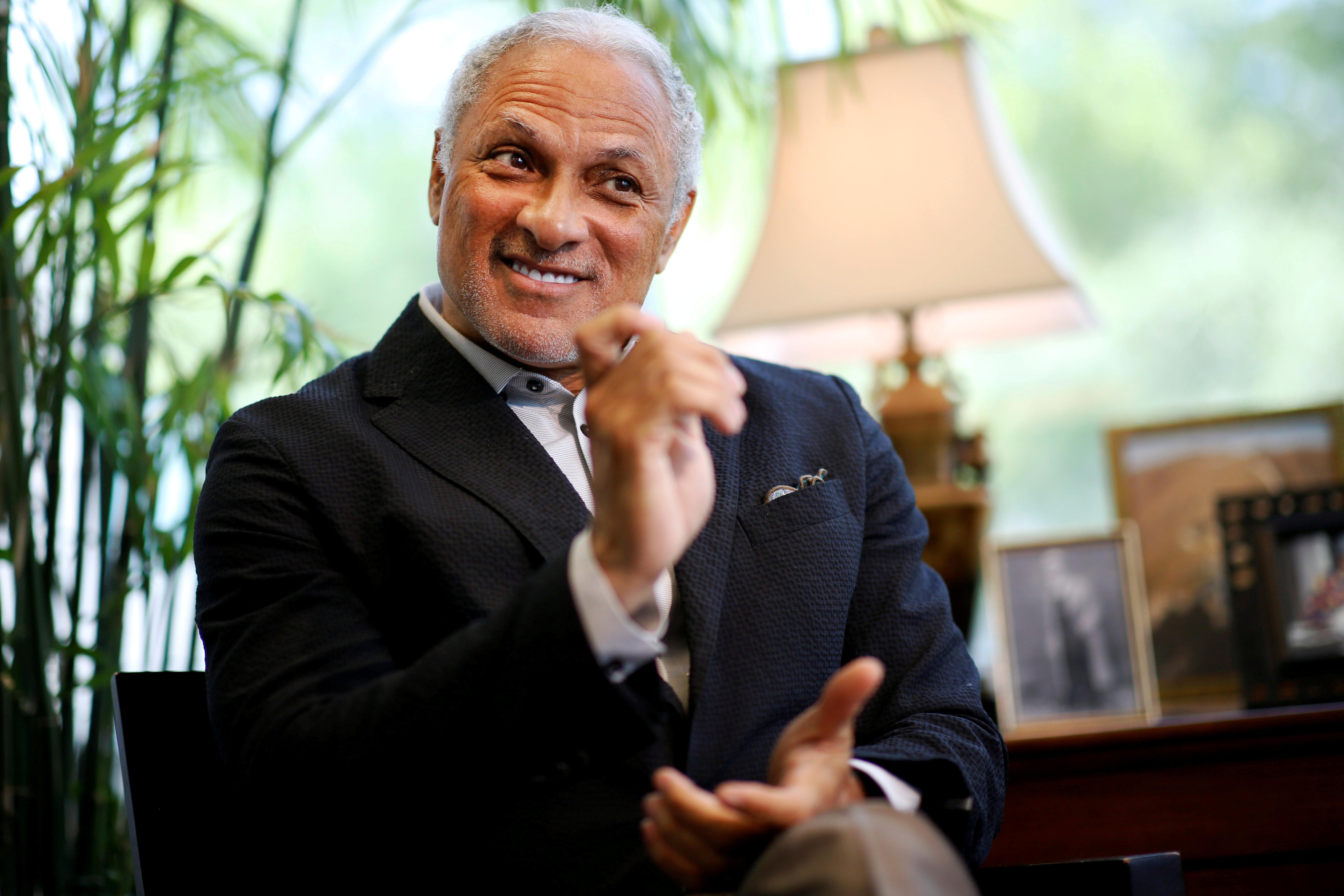 Hal Marx, a McDaniel supporter and mayor of the small town of Petal, said he was not enthusiastic about Hyde-Smith but would vote for her.

“She isn’t the best choice possible but of the two that are left we need a Republican in the seat,” Marx said.