Home » Politics » For Trump supporters, elections a battle for his vision of America

For Trump supporters, elections a battle for his vision of America

But at a Trump rally on Sunday in a crowded airport hangar in Macon, Georgia, and at other such events, the elections are a far different proposition: a vote to protect a leader supporters see as under siege, whose inflammatory rhetoric is a necessary price for a norm-shattering era of change.

“He is putting people back to work,” said Barbara Peacock, 58, a retired postal worker from Macon, Georgia, as she perused Trump 2020 merchandise. “He is telling it like it is.”

At rallies overflowing with red-hatted, mostly white supporters in conservative pockets of the country, she and many other Trump supporters credit the president with making the country – and their lives – better.

Rallying together, bedecked in Trump shirts and waving “Make America Great Again” and “Finish the Wall” signs, they hope to make Trump’s ideas the dominant force in American political life for decades to come.

They face strong headwinds. Nationally, about 52 percent of Americans disapprove of Trump’s performance. More people say they would vote for a Democratic candidate than a Republican in Tuesday’s congressional elections, Reuters/Ipsos polling shows.

But pro-Trump Republicans are eager to defy expectations, just as the president did with his 2016 victory.

“Trump’s not on the ballot, but he is on the ballot,” he said at a phone-bank event at the local Republican headquarters. “Everything we voted for in 2016 is on the line in 2018.”

Hirschmann is part of a group that organizes flash mobs at busy intersections in the Grand Rapids area, drawing 30 to 40 people about twice a week to hold campaign signs for Republican U.S. Senate candidate John James.

Trump has a clear strategy: drive Republican turnout by focusing on illegal immigration, as a caravan of migrants moves through Mexico toward the U.S. border, while playing up gains in the economy and casting his Democratic opponents as an angry, liberal and dangerous “mob.”

“The choice could not be more clear,” he told supporters at a rally in Missoula, Montana. “Democrats produce mobs, Republicans produce jobs.”

It is unclear if the strategy will work. Republicans are expected to keep control of the Senate. But Democrats are widely favored to win the 23 seats they need to assume control of the House of Representatives, where Republicans are defending dozens of seats in largely suburban districts where Trump’s popularity has languished and Democrats have performed well in presidential races.

Trump’s rallies have focused mostly on Senate and gubernatorial battles in states he won in the 2016 presidential race – from Florida and Missouri to West Virginia and Ohio. A Trump adviser, who asked not to be identified, told Reuters: “These are places where data and polling information tells us that the president is of best use.”

At a rally in Johnson City, Tennessee, in early October, Jessica Lotz, 33, and her fiance, Chad Lavery, said Trump’s immigration policies resonated with them. During the 2008 economic downturn, Lotz and Lavery said they saw construction, landscaping and housepainting jobs go to illegal immigrants while they struggled financially.

As the economy rebounded, so, too, did their fortunes.

“Now we’re living good,” Lavery said, crediting their ability to find work and better wages to Trump, who inherited an economy that was already in one of the longest recoveries and gave it an additional boost with tax cuts.

After a Trump rally in September in Springfield, Missouri, pro-Trump activist Brenda Webb sat for a late dinner at a restaurant with five friends who had driven to the rally from the St. Louis suburbs.

Webb and her friends had joined protests against former President Barack Obama in St. Louis in 2009 that were part of a broader conservative”Tea Party” movement centered on calls for smaller government, lower taxes and fewer regulations.

But the energy fizzled, she said. The group became animated talking about how Trump had given new focus to those early Tea Party goals of reclaiming government for ordinary citizens, not just the “elites” in Washington.

“We feel like he’s working to resolve all the problems that we are so frustrated by,” Webb said.

At the Springfield rally, Brian Whorton, who drove a few hours to see the president, confessed he voted for Obama twice before becoming a Republican. “I was not politically aware and awake. I thought, oh he’s cool and he’s a good speaker and an African-American guy,” Whorton said.

Trump’s policies, he said, were making a difference for him: He said his factory manager had credited Trump tariffs with raising profits at his plant.

In Ohio, Republican National Committee spokeswoman Mandi Merritt referred to pro-Trump enthusiasts as a “grassroots army” that could be harnessed and dispatched to boost Republican voter turnout. 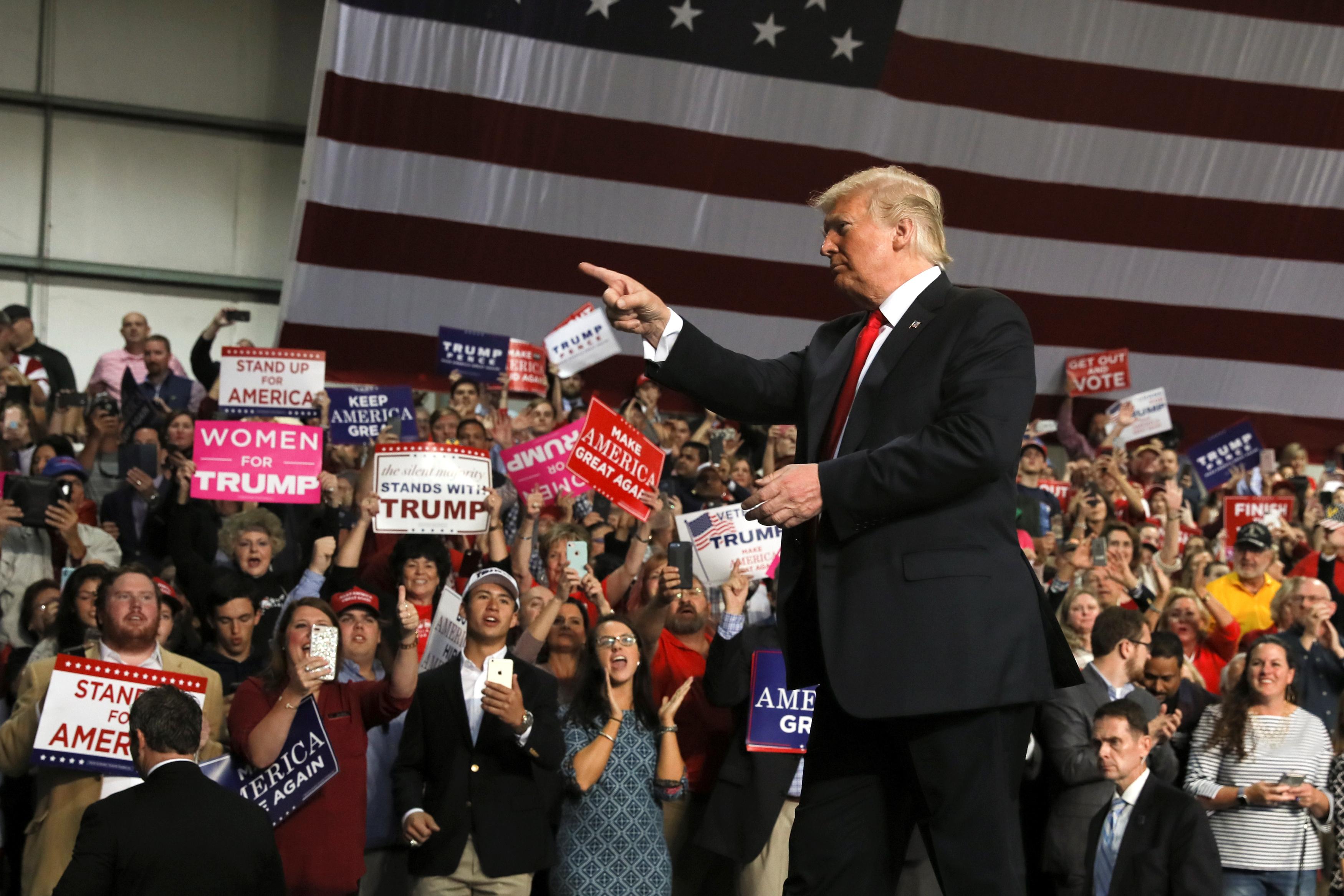 On a sunny day in October, Trump supporter Kimmy Kolkovich joined a friend on the sidewalk at a busy intersection near the Ohio Statehouse in Columbus to urge people to register and vote.

“Even if I’m registering people who are going to vote for the other party, they’re seeing us out here in our hats, and that’s what’s important, all the little interactions and conversations we’re having,” Kolkovich said.