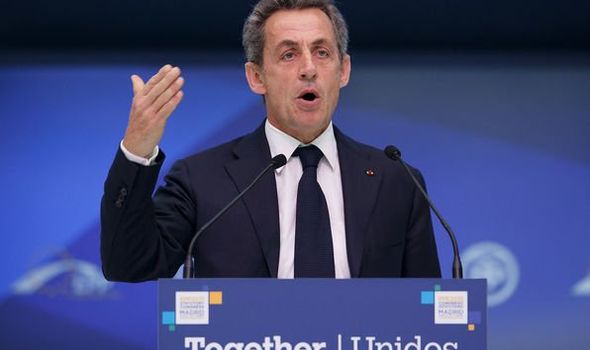 “We are losing the second biggest engine of Europe’s economy, which represents an indisputable impoverishment [for the bloc],” the former French president told a conference hosted by the MEDEF business organisation. The British have chosen to “isolate themselves,” the conservative heavyweight continued. “We cannot allow that to happen.”  M Sarkozy also poked fun at the idea of a “cool” Brexit, saying it was no different to a “hard” break-up.

“Yes, yes, [they say] we’re going to have a ‘cool’ divorce. But how will it be different to a ‘hard’ divorce?” he said with a laugh.

“There’s less screaming, but at the end of the day you’re facing the same situation: you’re living in separate flats and don’t speak to each other anymore.”

With Brexit day less than two months away, the UK appears to be careening towards a no-deal departure.

Prime Minister Boris Johnson turned up the heat on Brexit last week after he decided to suspend parliament for about a month before the divorce deadline.

Mr Johnson has pledged to take the UK out of the bloc on October 31 with or without an agreement, and the move to shut parliament ahead of the divorce will hamper efforts by his opponents to stop him.

He explicitly warned lawmakers opposed to a no-deal on Monday that he would never ask Brussels for another delay.

“I want everybody to know – there are no circumstances in which I will ask Brussels to delay. We are leaving on October 31, no ifs or buts,” he told reporters outside Downing Street.

“The one thing that is holding us back, the handbrake on getting Brexit delivered and getting the country motoring forward, is the lingering sense in Brussels that maybe the shenanigans in parliament will lead to the delay or the cancellation of Brexit,” Foreign Secretary Dominic Raab added. 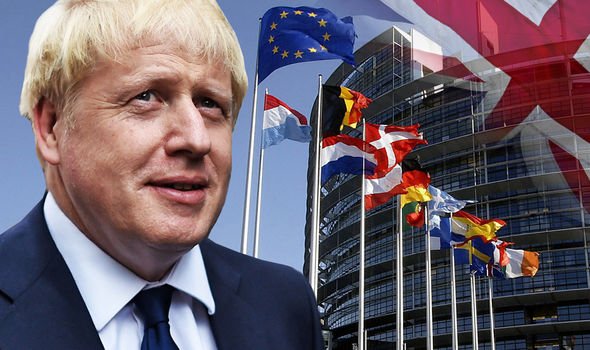 An alliance of opposition lawmakers and Tory rebels will put forward a vote on Tuesday on whether to seize control of the parliamentary agenda the following day to try to pass legislation that would force Mr Johnson to seek a three-month delay to Brexit.

Mr Johnson upped the ante, however, effectively turning it into a confidence vote by stating that if his government were defeated, it would hold a vote on Wednesday to approve an early election, which would most likely be held on October 14.

A snap election would deepen Brexit uncertainty and could take three different paths: a pro-Brexit government under Mr Johnson, a Labour government led by socialist Jeremy Corbyn, or a hung parliament that could lead to a second referendum.

An election could also make a no-deal exit more likely, according to JPMorgan, with polls pointing towards a Johnson win.

The Tory leader, for his part, has branded rebels as EU “collaborators” who are undermining the government’s bargaining position by attempting to thwart a no-deal exit.

Talks over avoiding a no-deal remain glued on the issue of the Irish backstop – an insurance policy designed to prevent the return of a hard border between EU-member Ireland and British-run Northern Ireland after Brexit.

The backstop would keep the UK in a customs union with the EU until a better solution is found to keep the border open.

Brexiteers say the backstop is anti-democratic and must be abolished to move Brexit forward; while the bloc says it is needed to maintain the integrity of the EU single market and peace in Ireland.

Brexit supporters say that while there may be short-term disruption from a no-deal exit, Britain will thrive outside of the EU bloc.

Remainers, for their part, argue that a no-deal would plunge the UK into a recession.