A Conservative MP has accused Labour’s deputy leader of calling him “scum” during an ill-tempered exchange in the Commons.

Chris Clarkson made the claim as he spoke in a debate about support for areas facing increased coronavirus restrictions.

It came after he called on Labour frontbenchers and MPs to “park the opportunism” in their response to the pandemic. 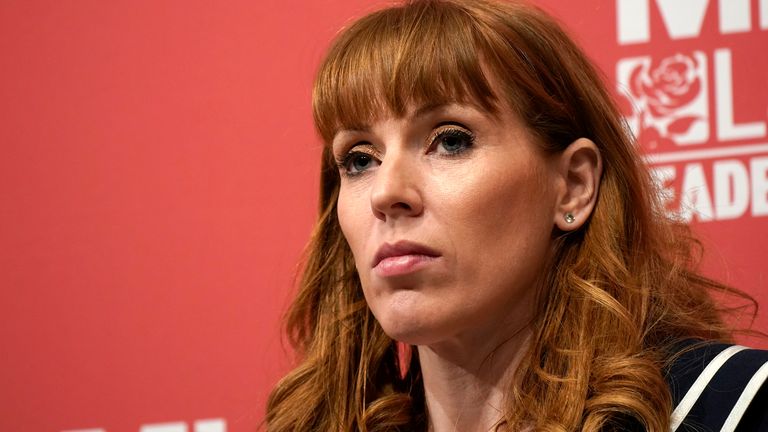 “I know [Kate Green, the shadow education secretary] thinks this is a good crisis that the Labour Party should exploit,” Mr Clarkson said.

“And I know she speaks for a lot of her frontbench colleagues when she says that; you just need to see it in the support, U-turn, oppose approach that has characterised their hindsight-heavy behaviour.”

At this point the Tory MP paused and said, referring to Ms Rayner: “Excuse me, did the honourable lady just call me scum?”

Deputy Speaker Dame Eleanor Laing interjected, saying: “Order, order, order. From the front bench we do not have remarks like that. Not under any circumstances, no matter how heartfelt it might be. Not at all.”

Ms Rayner, making a point of order in response, then told MPs: “I think one of the things I’d ask for your guidance on is [Mr Clarkson] saying things about the front bench which is inaccurate in their speech and I’d ask them to withdraw it.”

Labour’s deputy leader had spoken earlier about how her aunt had died last week from COVID-19 at Stepping Hill Hospital in Stockport.

The deputy speaker said in response to Ms Rayner’s point of order: “It is not for the chair to decide what is accurate or inaccurate, I cannot make such a judgement.

“But of course, I will ask [Mr Clarkson] to be reasonable in what he says and to be careful of his remarks.

“And I’m sure that if [Mr Clarkson] feels that he has said anything that is offensive to [Ms Rayner] then he will undoubtedly withdraw and apologise immediately.”

Mr Clarkson then resumed his speech, saying: “Thank you, Madam Deputy Speaker, and thank you for your guidance.

He proceeded with his remarks without withdrawing his earlier comments.