Lord Frost, his chief negotiator, and Brussels counterpart Michel Barnier met face-to-face in London yesterday. But they failed to break the ­deadlock over a Brexit trade deal. And as they grappled over the agenda for the next round of talks, the Prime Minister’s spokesman admitted a UK-EU trade deal “will not be easy” because of the bloc’s intransigence.

And there were signs France and Germany are ganging up against Britain.

EU negotiators are digging in over rules for state subsidies to private firms and rights to fish in British waters. They are also refusing to allow any other issues to be discussed, the spokesman added.

An eighth round of formal trade negotiations is due to be held in London from Monday.

The Prime Minister’s spokesman said: “An agreement is still possible and is our goal but it is clear it will not be easy to achieve. The EU is still insisting not only that we must accept continuity with EU state aid and fisheries policy but also that this must be agreed before any further work can be done in any other area of the negotiations, making it very difficult to make progress.”

He said this insistence on such difficult areas had left negotiations stuck. 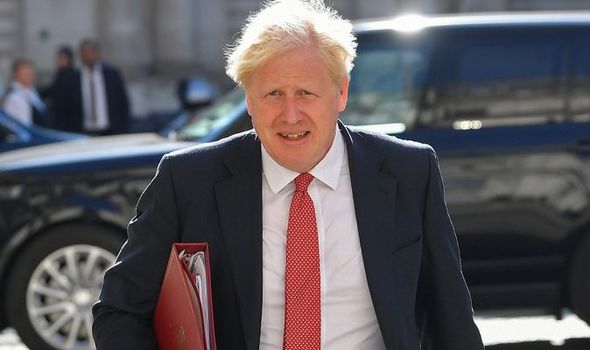 The spokesman added: “We would instead like to settle the simplest issues first in order to build momentum in the talks as time is short for both sides. We will continue to work hard to reach agreement.”

France’s Europe minister Clement Beaune was pessimistic yesterday about the chances of a trade deal. He said: “Things are not progressing very well. No-deal is a risk.”

In another sign of worsening tensions over Brexit, German European affairs minister Michael Roth said the EU should refuse any deal that failed to guarantee access to British coastal waters for European fishing vessels.

He said: “We fear we might be running out of time to some extent.

“No progress has been made for quite some time and the UK is now moving away from what we had agreed on a long time ago as the basis for the negotiations.”