JERUSALEM — As a youngster in the Soviet Union, he once won a playwriting prize. And as a politician in Israel, Avigdor Lieberman has shown a flair for the dramatic, time and again bursting onto the stage to snatch some coveted governmental perch, saying something once thought unspeakable, or making a noisy exit.

He has resigned on principle more than once, always seeming to land in a better position than the one he quit.

Mr. Lieberman’s departure as defense minister on Wednesday, in protest of Prime Minister Benjamin Netanyahu’s agreement to a cease-fire with Hamas in the Gaza Strip, is not likely to follow that pattern. 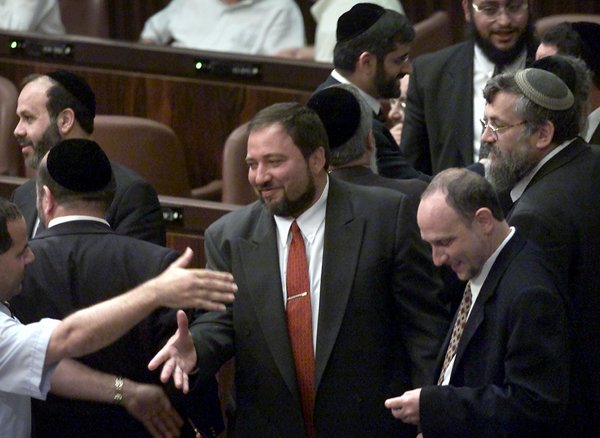 If he is lucky, his quitting to campaign in the coming elections as an angry member of the opposition, rather than as the defense minister who allowed hundreds of rockets to rain down on Israeli civilians, will give his faltering Yisrael Beiteinu party enough electoral oomph to pick up a few more seats in Parliament.

If not, it might spell the end of one of the more colorful careers in Israeli politics.

Mr. Lieberman, 60, was born in Kishinev, now the capital of Moldova, and emigrated to Israel at 20. A onetime nightclub bouncer, he rose through the ranks to be a top leader of the right-wing Likud party and aide to Mr. Netanyahu before quitting, for the first time, in 1997 over a round of concessions to the Palestinians.

He formed Yisrael Beiteinu — “Israel is our home” — as a party for Russian immigrants who favored a hard line in peace talks. He went on to hold, and then noisily quit, jobs as minister of transportation, minister of strategic affairs, deputy prime minister and foreign minister.

A proto-nationalist before it came back into vogue, Mr. Lieberman appealed to his fellow émigrés with heavily accented tough talk: toward Egypt (threatening to bomb the Aswan Dam), the Palestinian Authority (threatening to bomb its offices in the West Bank town of Ramallah), and imprisoned terrorists (to drown them in the Dead Sea). He hinted that he might want to execute Arab lawmakers as “terror collaborators.”

One threat haunted him: Before becoming defense minister, he boasted that if he were given the job, he would give Ismail Haniya, the Hamas leader, 48 hours to return captive Israeli civilians and the remains of two Israel soldiers, “or you are dead.”

Mr. Haniya is still in his job.

Mr. Lieberman was not unremittingly hawkish. For many years, he advocated a land swap that would exchange parts of Israel with high concentrations of Arabs for heavily Jewish-populated areas of the West Bank. He also said that he could support a two-state solution, and that he would even be willing to evacuate his own settlement on the West Bank if it were necessary to make peace.

He could even be nuanced: He warned against allowing Israel to be turned into a theocracy, and supported a requirement for ultra-Orthodox Jews to serve in the military. But he did not seek to end government’s role in religious affairs — only to put more moderate rabbis in charge.

On the unsavory side, Mr. Lieberman gained a reputation as a bully after he pleaded guilty to beating up a 12-year-old who had beaten up his son. And he struggled to live down persistent allegations of corruption, at one point quitting as foreign minister to stand trial on fraud and breach of trust charges. He was acquitted.

Short of prime minister, the defense ministry was said to be his dream job.

He took the post in 2016 at a tumultuous moment. Amid a wave of Palestinian knife attacks, Israeli generals had refused to give in to right-wing demands that soldiers shoot first and ask questions later.

After a soldier shot a wounded Palestinian assailant in cold blood, the sitting defense minister, Moshe Yaalon, a former army chief of staff, quickly called for the soldier’s court-martial. As populist anger at the generals grew, Mr. Netanyahu wavered.

Then, in a surprise move, Mr. Netanyahu, who had been negotiating to form a unity government with the liberal Zionist Union, instead replaced Mr. Yaalon with Mr. Lieberman, taking his governing coalition further to the right.

Some expected Mr. Netanyahu to use Mr. Lieberman to rein in the top generals, said Amos Harel, the military analyst for the Israeli newspaper Haaretz. But Mr. Lieberman, who had never risen past corporal, was quickly outfoxed by the generals. They proved far more adept at the inside game, saying yes to his directives but rarely following through on them, Mr. Harel said.

“They hugged him, they chewed him up, and they spat him out,” he said. “He’s almost a man who wasn’t there.”

Now, with the generation of Russians who powered his rise dying off and their assimilated offspring speaking unaccented Hebrew and voting for other parties, his party is on the decline. It holds just six seats in Parliament, down from a high of 15 in 2009. Opinion polls have indicated that Yisrael Beiteinu might fail to earn enough votes in the next election to retain any seats.

With Mr. Netanyahu aligned with the generals on Gaza — wanting a cease-fire, not an escalation — and repeatedly overruling him, Mr. Lieberman effectively found that he had been reduced to defense minister in name only.

He objected to the recent decision to allow fuel into Gaza, and to allowing Qatar to send $15 million in cash to help pay civil servants’ salaries there. Finally, he opposed the cease-fire with Hamas, arguing that it would undermine Israel’s deterrence and endanger its security in the long run.

So he quit, with another loud flourish.