School year kicks off with renewed rallies as students take to streets to denounce structural inequality in education. 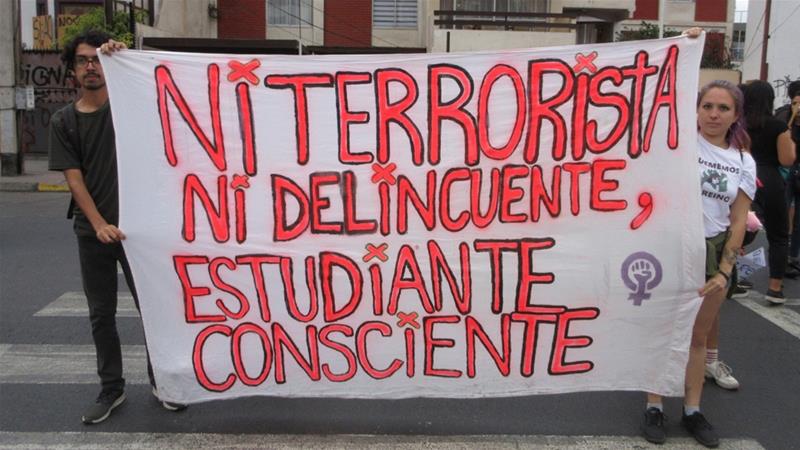 Antofagasta, Chile – High school students in Chile are leading a resurgence in the protests against structural inequality that have rocked the country in recent months.

This week, as a new school year began, many high-school students took to the streets instead of returning to classes, organising marches and other protest actions throughout the country.

“There is a lot of anger and discontent,” Coordination of Antofagasta Secondary Students spokesperson, Miyaray Jimenez, told Al Jazeera at a student march in Antofagasta, a city 1,335km (830 miles) north of the capital, Santiago.

“For those of us who study in free municipal high schools, the education they give us is terrible,” the 17-year-old added.

Along with an overhaul of healthcare and the privatised pension system, the country’s education system is a top priority for protesters and Chileans in general.

The disparity in quality between public and private school education is a key concern, as is university student debt.

“We want to get the marketplace out of education,” Jimenez said.

Over the past four-and-a-half months, thousands of protesters have been arrested and injured. Arson, police and military crackdowns and accidents have left more than 30 people dead.

Protests waned in size and frequency by late December, the start of summer holidays in the southern hemisphere, but were expected to pick up again this month.

The writing was literally on the wall in Antofagasta, where “March is coming” messages began popping up last month among the streams of political graffiti in the city centre. 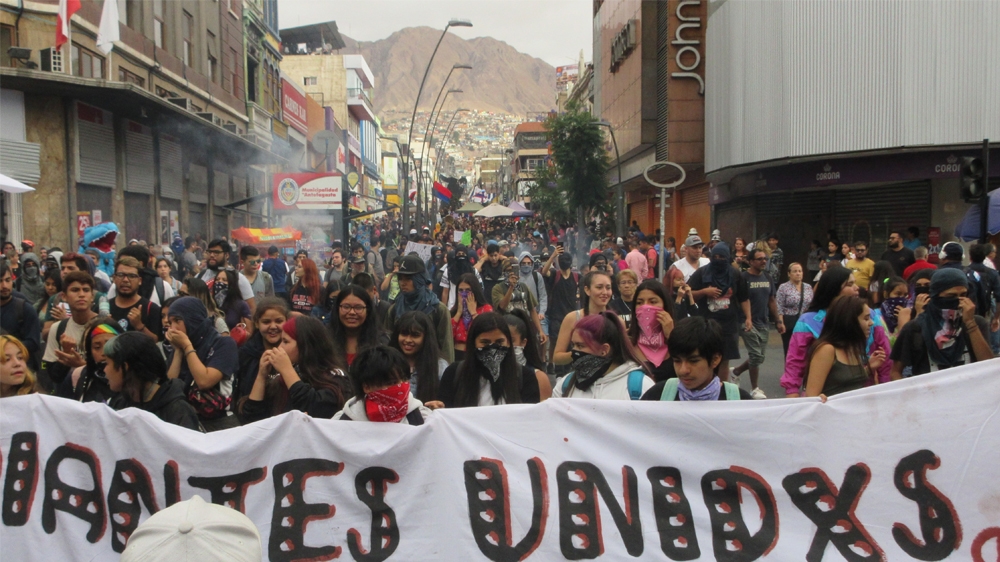 Students at several local high schools organised sit-ins, walkouts, blockades and marches at their schools and united to lead broader local marches in the city this week.

Classes were suspended at some locations, and the Carabineros police force cracked down on student protests, resulting in dozens of arrests in Antofagasta and elsewhere.

Police also continue to use controversial pellet projectiles that have caused many of the more than 445 documented eye injuries since protests began in October.

A 17-year-old in Antofagasta sufferedan eye injury this week during a police crackdown on protests, according to Chile’s National Institute of Human Rights.

In Mejillones, a town 65km (40 miles) north of Antofagasta, an 18-year-old was hit, resulting in a total loss of vision in one eye.

“We condemn the repression against our students,” Romo said.

Two-thirds of Chileans believe protests should continue, according to a recent poll by CADEM, a respected polling company. President Sebastian Pinera’s approval rating is 12 percent.

The government has been rolling out incremental reforms for pensions, wages, healthcare and other issues, but they have fallen far short of social movement and protester demands for system change.

Pinera’s government has also been pushing the National Congress to pass a bill to permit military deployment to protect “critical infrastructure”.

Arson, looting and property destruction since October have resulted in billions of dollars in property damage.

During a state of emergency in October, military deployment resulted in grave human rights violations, including killings.

In a televised interview on Sunday, Pinera said he will decree another state of emergency if he deems it necessary to protect public order.

Crackdowns are not going to put an end to protests, according to Ayalen Salgado, 18, a spokesperson for the national Coordinating Assembly of Secondary Students.

“People are still in the streets because they know that even though repression has intensified and more repressive laws have been enacted, there has still been no response to what people are demanding in the streets,” Salgado told Al Jazeera.

“What we have achieved beyond that is unity and organisation between diverse sectors,” she said.

Around the country, women are preparing for massive International Women’s Day marches on Sunday and feminist strike actions the following day. 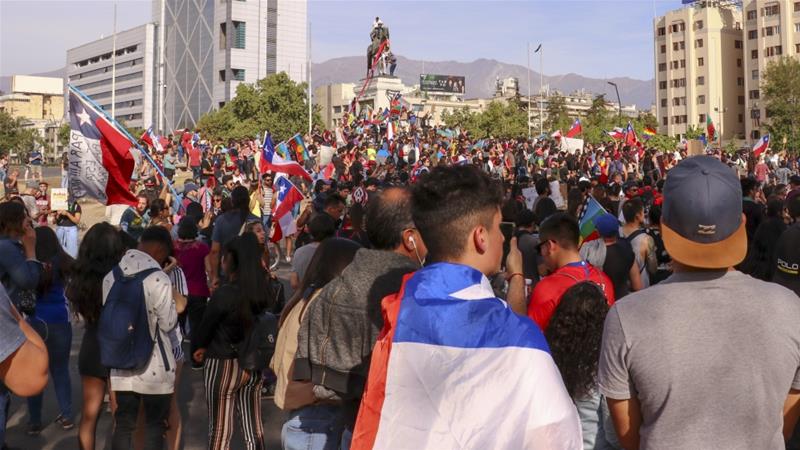 Chile unrest: Why protesters rail against the system and media