Zara Tindall, 40, and her husband Mike, 42, stepped out for their first official event since welcoming their son Lucas to the world on March 21. The couple were among Royal Family members to attend the opening day of Royal Ascot 2021 and seemed delighted to be out and about.

Zara shares a passion for horses with her mother Princess Anne, 70, and grandmother Queen Elizabeth II, 95, and not only is she a professional equestrian but she is also a director of Cheltenham racecourse.

While Royal Ascot is said to be the Queen’s favourite engagement, she was unable to attend on Tuesday as she had to host Australia’s Prime Minister at Windsor Castle instead.

However, her racing manager John Warren hinted the Queen would attend the races later in the week. 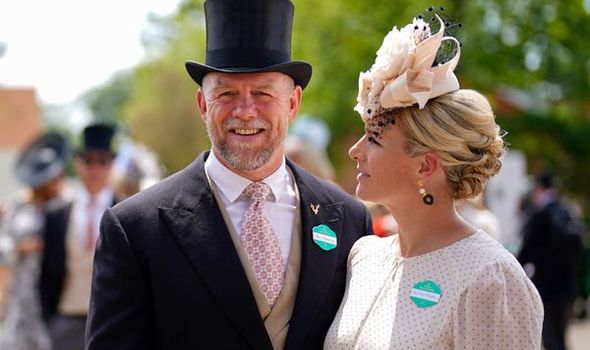 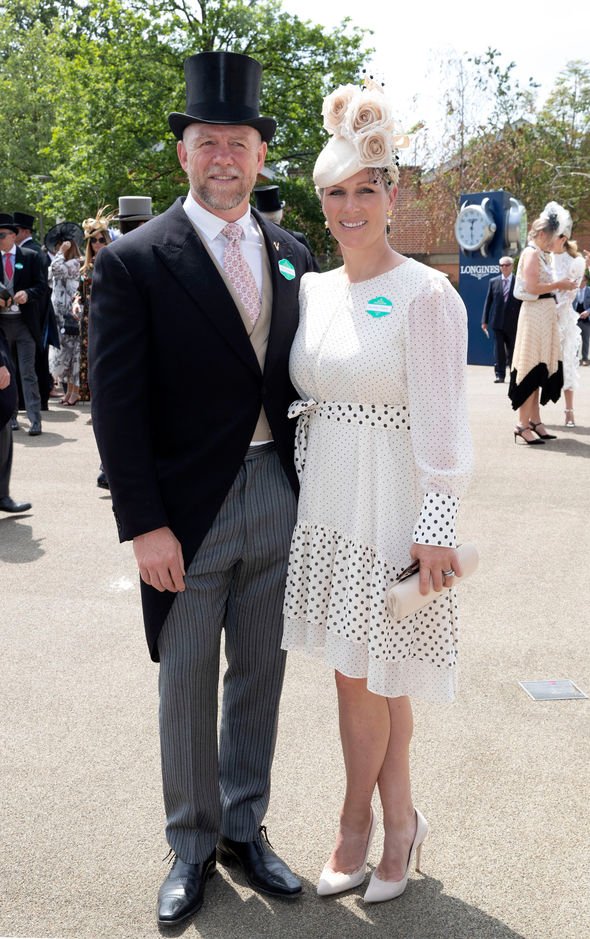 Both he and Zara seemed to be in their element as they enjoyed a day out at the races.

While Mike looked smart in a traditional top hat and tales, Zara stunned in a white polka dot ensemble.

A body language expert analysed photos of the couple from Tuesday and claimed that despite being married for almost a decade they still seem like they are in the early days of love.

Body language expert and author Judi James told Express.co.uk: “With Mike suddenly looking rather distinguished with his greying beard and top hat it’s probably no wonder wife Zara seems to be face-gazing him with a look of some respect.” 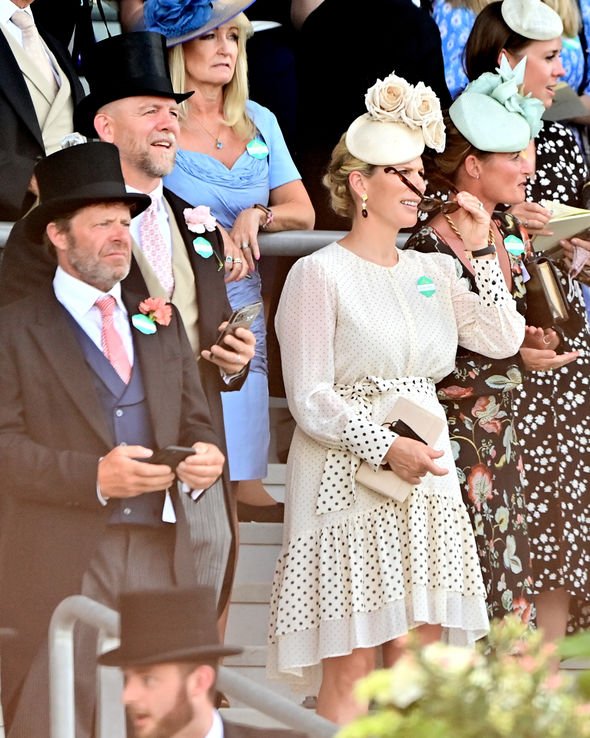 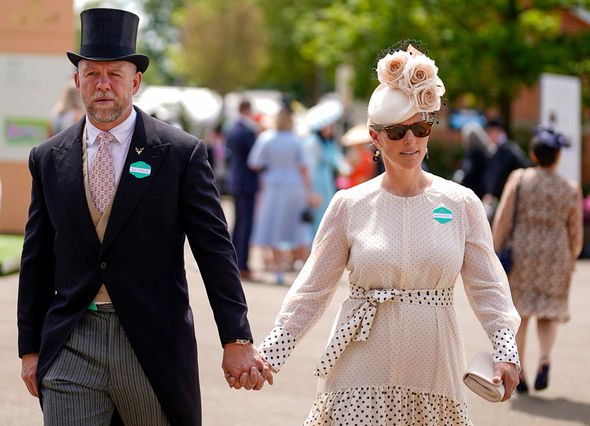 Judi added: “Her legs are crossed as she stands next to him here, too, giving a rather cutely submissive air to her pose.

“When the couple walk hand-in-hand their hand clasp with enmeshed fingers make it look as though they are in the early days of their relationship rather than married for ten years.

“This is their first official outing since the birth of their son Lucas and the couple look wonderfully stress-free for parents of a new baby.

“Otherwise though, Zara is her usual gloriously spontaneous and fun-loving self, walking with one hand clamped to her chest or pointing and gazing open-mouthed at one of the races.”

As well as baby Lucas, Mike and Zara have two daughters – Lena who will be three this Thursday and seven-year-old Mia.

They live close to Zara’s mother Anne in a home on the Gatcombe Park Estate in Gloucestershire.

Unlike their royal cousins, Zara and her brother Peter Phillips, 43, were raised without royal titles and have been able to lead relatively low-key lives.

This meant Zara’s latest birth announcement was free from the pomp and ceremony usually associated with royal babies. 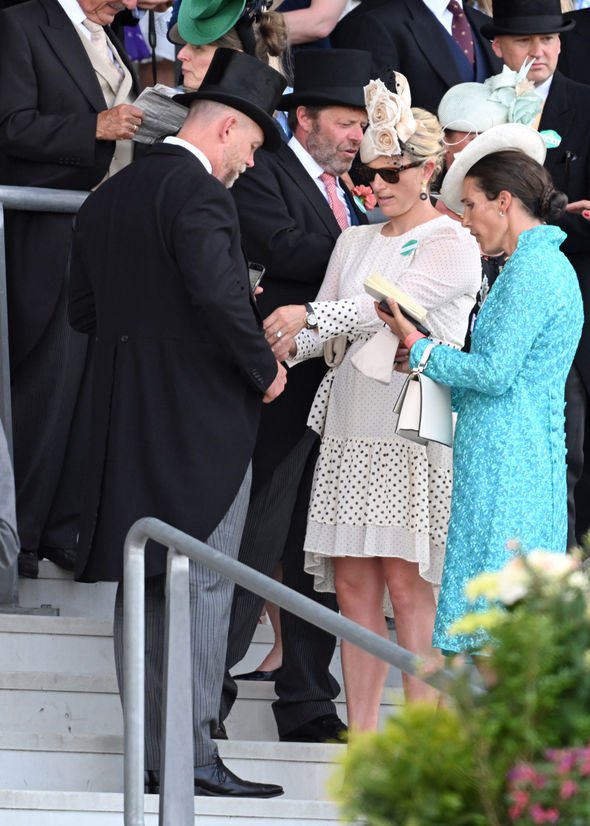 Rather than an official announcement being shared by Buckingham Palace, Mike revealed the news on his podcast The Good The Bad and The Ugly.

While royal births are usually shrouded in secrecy, Mike went into precise details about his son Lucas’s birth.

The rugby pundit explained how Zara gave birth at home after the rapid onset of labour meant she was unable to get to hospital on time.

Speaking on the podcast he said: “Arrived very quickly.”

“Didn’t make it to hospital. On the bathroom floor.”

“So yeah, it was running to the gym, get a mat, get into the bathroom, get the mat on the floor, towels down, brace, brace, brace.”

He added: “Fortunately the midwife who was going to meet us at the hospital wasn’t that far away so she drove up just as we had assumed the posit [position] and the second midwife arrived just after the head had arrived.”