The success of the latest coronavirus vaccine trials by Pfizer and BioNTech could pave the way for the rollout of a least one vaccine in the UK early in the new year, a scientist advising the Government has said. Sir John Bell, regius professor of medicine at Oxford University and a member of the Government’s vaccine taskforce, said that other vaccines were now likely to become available in the near future. Speaking to BBC Radio 4’s The World at One, he said: “I am really delighted with this result – it shows that you can make a vaccine against this little critter. Ninety percent is an amazing level of efficacy.

“It rolls the pitch for other vaccines because I can’t see any reason now why we shouldn’t have a handful of good vaccines.”

Asked if people could look forward to a return to normal life by the spring, Sir John replied: “Yes, yes, yes, yes. I am probably the first guy to say that but I will say that with some confidence.”

The spokesman said that Britain had now ordered 40 million doses of the candidate vaccine developed by Pfizer Inc and BioNTech, enough to give protection to 20 million people. 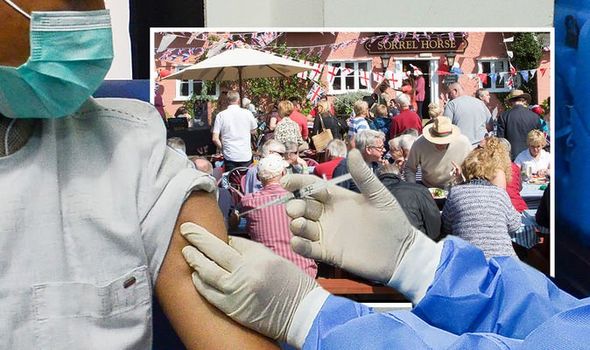 Pfizer said its experimental COVID-19 vaccine was more than 90% effective, a major victory in the fight against a pandemic that has killed more than a million people, battered the world’s economy and upended daily life.

“In total we have procured 40 million doses of the Pfizer candidate vaccine with 10 million of those doses being manufactured and available to the UK by the end of the year if the vaccine is approved by the regulators,” the spokesman said.

In all, the government has signed six supply deals for vaccine candidates, including Pfizer/BioNTech’s and one developed by Oxford University and AstraZeneca, which is also considered expected to post late-stage trial results this year.

Mr Johnson has placed England under a second national lockdown to contain a new wave of COVID-19 infections, but he has said that the prospects of a vaccine are one cause for optimism that the situation will improve by spring.