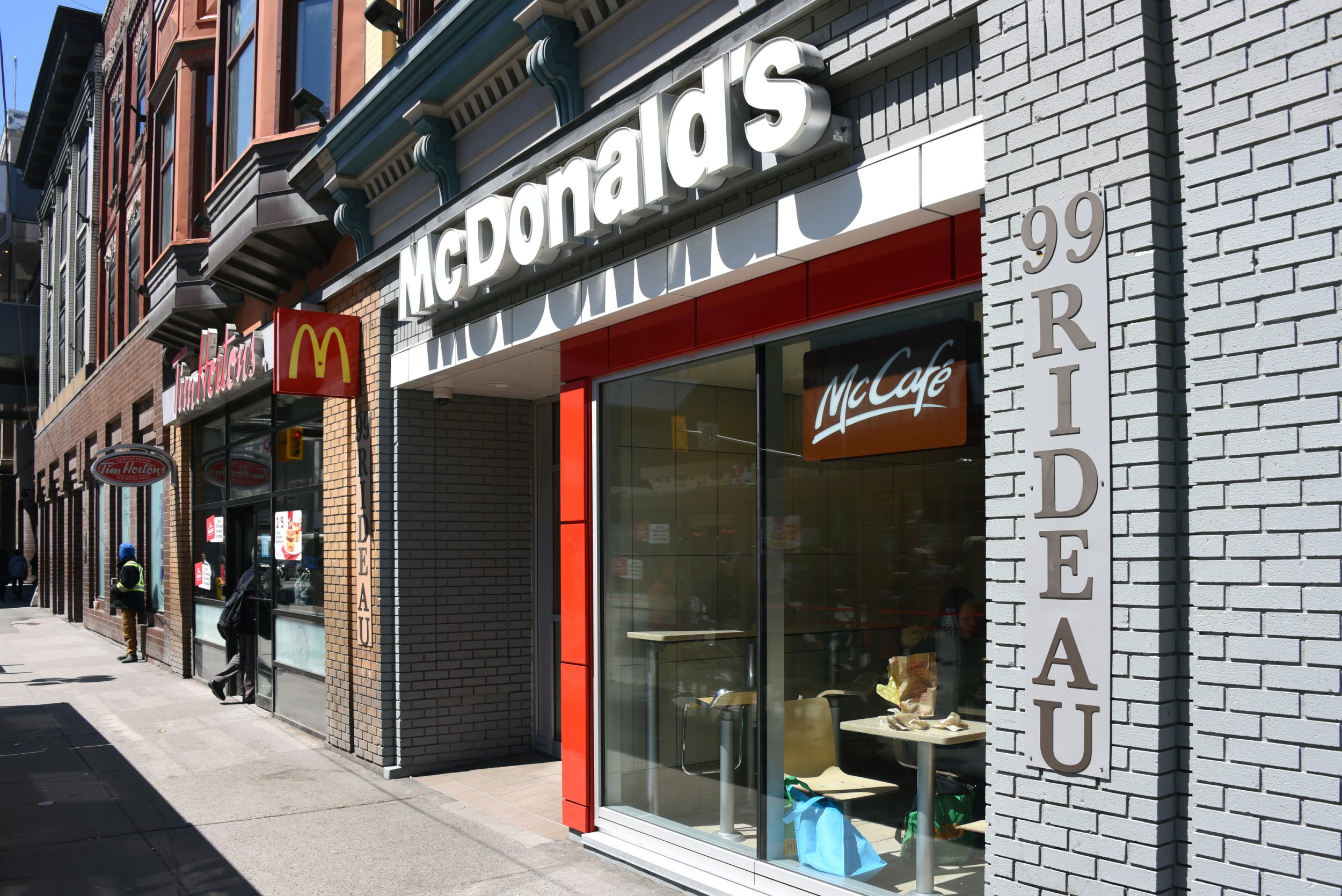 An infamous McDonald’s restaurant is to close – after amassing hundreds of police call-outs.

The outlet, in Ottawa in Canada, was the setting of a viral video in 2013 which saw a raccoon brandished during a mass brawl.

It has been visited by cops ‘hundreds’ of times in the 40 years of its existence, according to local reports.

Jack Graham told CBC news: ‘I was here about a week and a half ago. And I just felt I was slipping, so I looked [at my shoe] and there’s a needle.’

Another Ottowa resident said the restaurant had descended into ‘complete trash’ over the years.

The McDonald’s Rideau Street branch is perhaps best known for a video that went viral in 2013, that showcased a huge fight.

More than 15 men were seen exchanging blows at the premises and throwing items at each other.

In a major twist, one man drew a raccoon from his jacket and entered the fray.

Back in 2018 alone, hundreds of emergency calls were made to police due to fights and angry customers.

The same year, a clip clip dubbed ‘Legendary Rideau McDonald’s’ surfaced which shows three men were filmed beating each other with floor signs.

The McDonald restaurant would eventually reduce its opening hours in the face of rising anti-social behaviour.

But as similar conditions continued, Ottawa Police Chief Charles Bordeleau sent a letter to McDonald’s Canada to complain about the ‘ongoing criminal activity and social disorder’.

Building owner Crosthwaite told CTV he believed the reason behind the ultimate closure of the restaurant was more widespread, however.

He said: ‘The city tore up Rideau Street when they put the subway in.

‘Then they re-tore it to enhance it, putting curbing in.

‘There has also been freedom rallies and COVID, all these things are upheavals that can’t make it easy for a steady, reliable operation.’