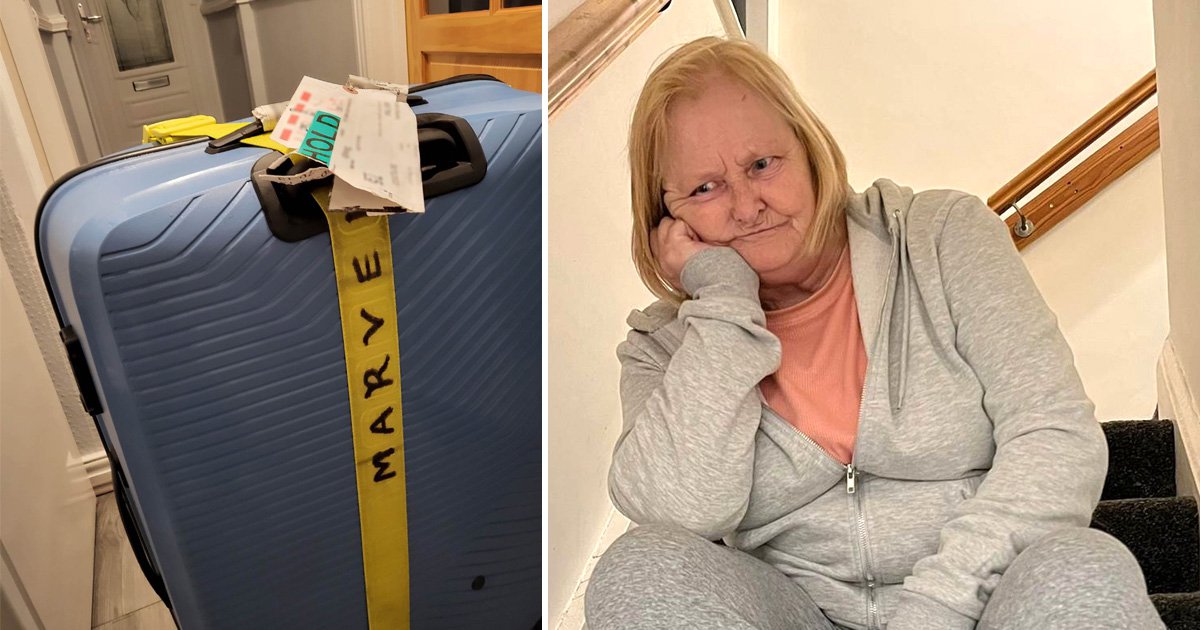 A mum’s long-awaited trip to the US for Thanksgiving was ruined when her luggage was lost leaving her having to spend the whole 10 days in the same ‘stinky’ tracksuit she flew in.

Melanie Marvell, 58, from North Shields, Tyne and Wear, went to visit friends she made while working in America, leaving on November 21.

She booked a sequence of three connecting flights to Rhode Island for a bargain price of £550.

They should have been a British Airways flight from Newcastle to Heathrow, then on to Shannon with Aer Lingus before catching another BA flight over to Boston.

She says she checked her luggage in with BA at the start of her journey before boarding the short flight down to London.

However, when she went to check in for her next flight to Ireland with Aer Lingus – owned by the same company – she was told she had been ‘offloaded’ by British Airways.

After a stressful back and forth between different terminals, the sales assistant was finally put on a flight with a different airline – JetBlue – to make the journey straight to Boston.

But in all the chaos, her suitcase was never put on the plane with her meaning she didn’t have all of her new clothes and gifts inside.

Melanie says she was left feeling like a ‘slob’ in the tracksuit that she had only donned to be ‘comfy’ on the plane – leaving her too embarrassed to leave the house.

She went on: ‘You stink. You can have a shower but you’re putting on the same clothes you had on yesterday.

‘It should’ve been an exciting time because I hadn’t seen people in eight years but it wasn’t. I was anxious thinking “is my suitcase going to come tomorrow?” I got myself on such a downer.

‘Everyone was getting dressed up for Thanksgiving and then there’s me in a tracksuit that I’d been in for 10 days. It ruined my whole holiday and Thanksgiving.

‘I would normally travel in a tracksuit because it’s comfy but that’s not what I would wear on holiday – I had dresses, trousers and skirts in the case. I felt like a slob.’

A spokesperson for British Airways said: ‘We’re sorry for the delay to the customer’s journey due to the late arrival of their inbound flight caused by adverse weather conditions.

‘Our teams proactively booked the customer on the next available flight and they arrived in Boston ahead of their planned original arrival time.’

A spokesperson for Aer Lingus said British Airways are responsible for Melanie’s bag since the booking was made with them and they were the final carrier.

After some courier problems Melanie finally got her bag back earlier this month.