Home » Europe » Why Is Twitter Cursing a British Conservative Politician?

LONDON — On the day that Prime Minister Theresa May presented her draft plan for Britain’s exit from the European Union, also known as Brexit, worries about the country’s future spiked across the land and a fellow Conservative politician stood up in Parliament and suggested it was time for a no-confidence vote against her.

The next day, a hashtag began trending on Twitter — #CurseReesMogg — as Britons took out their anger not on Mrs. May, but on the politician, Jacob Rees-Mogg, a hard-line Brexiter once called the “Honorable member for the 18th century” because of his perceived antediluvian ways.

The tweets were various shades of rude, crude and obscene (therefore unprintable here). They were often distinctly British, touching on Mr. Rees-Mogg’s posh accent, his upper-class background and his “nanny,” to name a few themes.

We read many of them so you don’t have to. Here’s why #CurseReesMogg has been trending since Friday.

An Orchestrator Lays His Claim

Will Black, a journalist and author, appears to be the first to tweet the hash tag #CurseReesMogg. He claims to have started the #CurseNigelFarage #CurseBorisJohnson, #CurseDavidCameron and the #CurseDonaldTrump hashtags.

The hashtag rose to the top of the charts and grew into a furor aimed at Mr. Rees-Mogg and his role in Brexit. Many referred to the wish for a People’s Vote on Brexit. But the tweets also went far afield, touching on the presumed fact that Mr. Rees-Mogg had a nanny who would do him harm:

“May nanny bath you in ice cold water and rub you down with a Brillo pad,” one Twitter user identified as Owen wrote.

In a class-conscious country, others wished for him to suddenly begin speaking with a decidedly different accent:

“May you bump your head hard on an unexpectedly low doorway and wake up with a thick regional accent.”

“May you wake up in the morning with an Essex accent and a Burberry baseball cap permanently fixed to your head … and your family come from Salford.”

The opposition Labour party, and its leader, Jeremy Corbyn, were frequent curses:

“May you wake up after an all night bender to find a tattoo of Jeremy Corbyn on your inner thigh.”

But Why Jacob Rees-Mogg?

For many Britons, Mr. Rees-Mogg conjures the 18th century in the way he speaks, acts and lives. But he has managed a 21st-century feat by commanding attention on social media with a comic persona and unashamedly elitist views in recent years.

The former fund manager and father of six mixes a consciously traditional style and upper-class mannerisms, which have afforded him a measure of online fame.

The joke turned serious last fall, when he emerged as a possible contender to challenge Mrs. May, who has been struggling to fend off criticism of the way she has led Brexit negotiations.

Since January, Mr. Rees-Mogg has also been the head of the European Research Group, a coalition of pro-Brexit Conservative lawmakers.

On Thursday, he raised the question of writing a letter to the party leadership calling for a no-confidence vote against Mrs. May. He also posted on Twitter a video of his speech. Later, he said in front of Parliament that he had, indeed, written the letter.

Mrs. May, whose leadership has been imperiled at various stages of the Brexit negotiations, depends on the support of at least 48 Conservative members to keep her post.

Mr. Rees-Mogg does have his defenders, with supporters praising him as authentic. But, behind the persona, critics say, he is a populist who opposes same-sex marriage and abortion, and subscribes to a hard line on Brexit that seems blind to warnings of economic damage.

His backers were among those answering the #CurseReesMogg tweets, complaining that they unfairly targeted Mr. Rees-Mogg.

Others called the tweets outright abuse, with one person writing: “The absolute vitriol being directed at Jacob Rees-Mogg under the #CurseReesMogg hashtag brings shame on the Labour Party and Pro-EU movement.”

But the tweets rolled on for a second day.

Many displayed a typically British brand of humor, blending sarcasm, a touch of cruelty and self-derision. They played on well-known brands like Wetherspoons, a chain of pubs that has openly backed Brexit, and, of course, biscuits and tea.

People admitted spending too long reading through the curses, but they came as a welcome distraction after days of political crisis and ahead of a week that held many uncertainties about the country’s future. 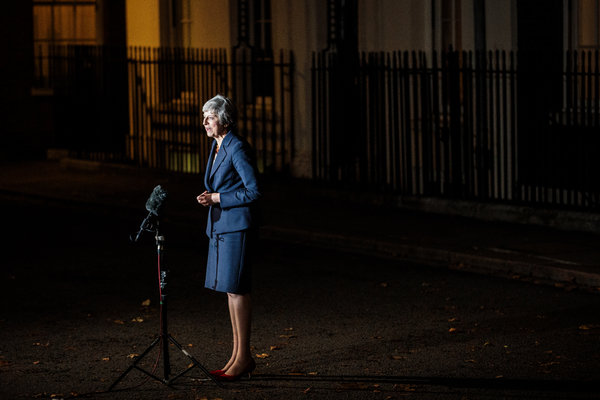 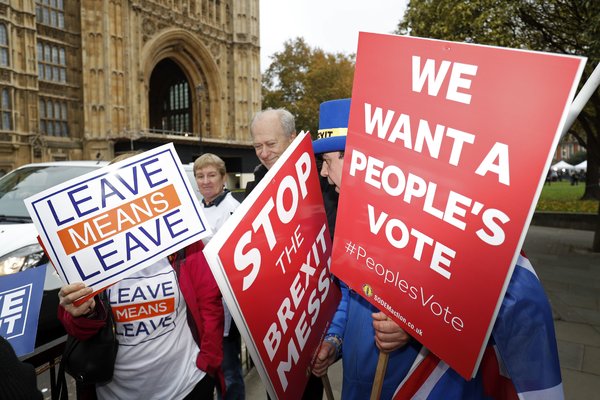 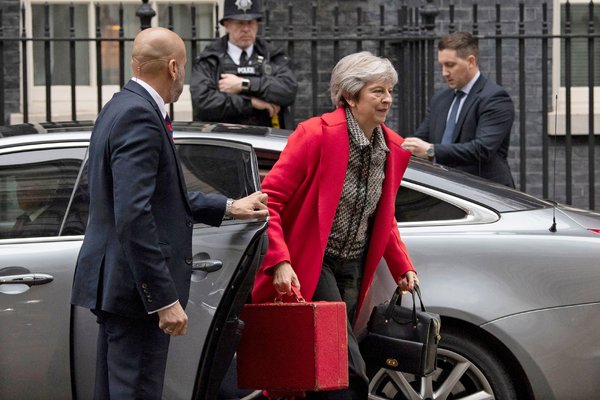