VJ Day 2020 marked the 75th anniversary of the victory of the Allied forces over Japan during World War II. Paying tribute to the fallen and veterans across the Commonwealth, historical WWII planes engaged in a memorial flypast over the National Memorial Arboretum in Staffordshire. The Red Arrows will also display their acrobatic skills with a flypast passing over the capitals of all four UK nations – London, Cardiff, Edinburgh and Belfast – in the first UK-wide performance since the 2012 London Olympics.

The first leg of the display kicked off from RAF Scrampton and flew over the skies of Scotland. Two additional flights are scheduled to take place through Saturday, first from Prestwick to Cardiff and then from Cardiff to London passing over Essex.

Speaking ahead of the VJ Day 75 celebrations, Prime Minister Boris Johnson said: “When the Second World War ended 75 years ago with the surrender of Japan, British soldiers, sailors and airmen were serving in the Far East, fighting hard to achieve victory – and were among the last to come home.

“On this anniversary I want to remember what we owe the veterans of the Far East campaign.

“They brought an end to the Second World War, they changed the course of history for the better, liberated South East Asia, and many paid the ultimate sacrifice.” 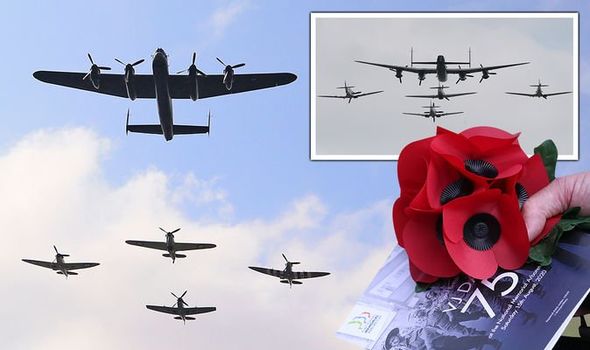 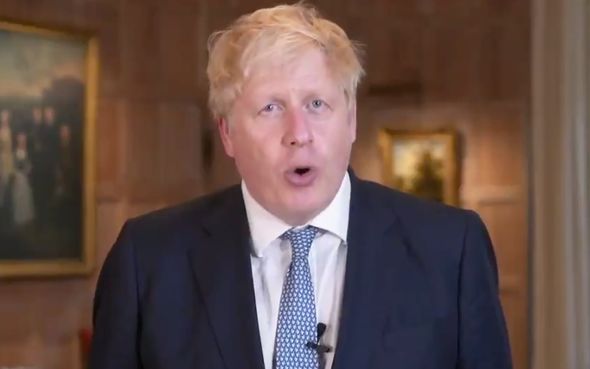 He added: “That’s why on this remarkable anniversary – and every day hereafter – we will remember them.”

Leaders from Commonwealth nations joined the Prime Minister to personally say: “To all who served, we thank you.”

The Prime Minister also laid a wreath to the Sumatra Railway memorial at the National Memorial Arboretum in Staffordshire to commemorate the loss of POWs who died in the building of the railway.

Approximately 5,000 POWs and 30,000 were forced to work in the 230km Sumatra railway project to appease Japanese desires to connect the Strait of Malacca to Padang, the capital of the province of West Sumatra. 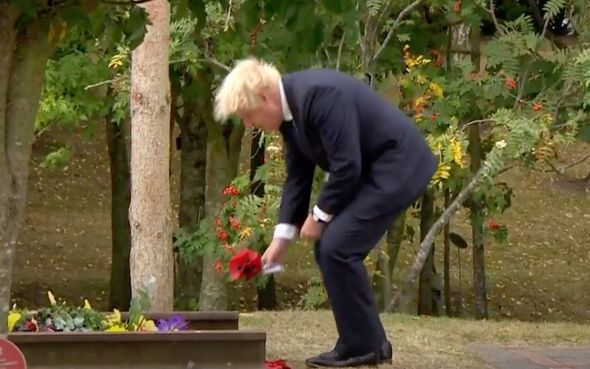 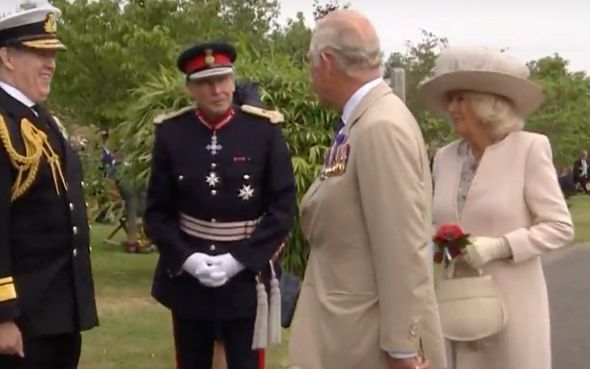 A similar project was undertaken as part of the Japanese Empire’s war efforts in Burma between 1940 and 1944, during which another 16,000 Allied prisoners died

The commemorations included a two-minute silence tribute led by Prince Charles and Camilla, the Duchess of Cornwall from the National Memorial Arboretum in Staffordshire.

Prince Philip also took a break from his retirement to pay tribute to his fellow veterans on a virtual capacity from Balmoral, Scotland. 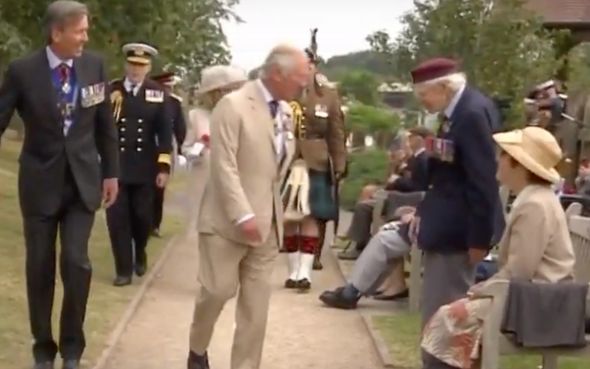 The Duke of Edinburgh had been serving on HSM Whelp while docked in Tokyo Bay in August 2, 1945.

On August 15 that year, Japanese Emperor Hiroito signalled his intention to sign a declaration of surrender which effectively put an end to the war in Pacific.

Tributes began at dawn, with lone pipers playing Battle’s O’er at HMS Belfast in London and at dawn in India, Australia, New Zealand and Nepal.

An estimated 71,000 British and Commonwealth soldiers lost their lives in the war against Japan while another 12,000 died in Japanese prisoner of war camps.