VLACHOVICE-VRBETICE, Czech Republic — For nearly a century, local residents have wondered at the strange comings and goings at a sealed-off camp ringed by barbed wire and dotted with keep out signs on the edge of their village.

The armies of Czechoslovakia, Nazi Germany, the Soviet Union and the Czech Republic all made use over the decades of the 840-acre property, deterring trespassers with guard dogs and armed patrols.

When the professional soldiers pulled out in 2006, the secretive activities became even more shadowy. Dozens of weapons depots hidden among the trees were taken over by arms dealers, a company reprocessing missile fuel and other private businesses.

Then, in October 2014, came the biggest mystery of all.

An enormous explosion ripped through depot No. 16, knocking farmers in nearby fields to the ground and sending dangerous debris raining down on the surrounding area.

The blast set the stage for an international spy thriller now further roiling Russia’s relations with the West: Who was behind the explosion, which killed two Czech workers, and what was the motive? 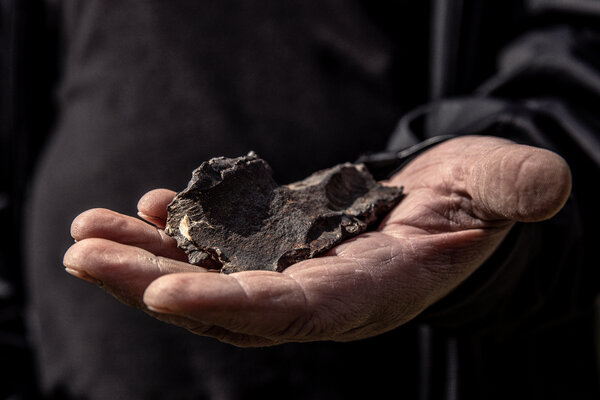 Initially, the blast — and a second round of explosions two months later — were blamed on the mishandling of weapons stored on the site.

But last month the Czech government said that what had happened was a military-style sabotage operation by Russian intelligence operatives.

That stunning claim set off a diplomatic ruckus that has led to the expulsion in recent weeks of nearly 100 Russian and Czech diplomats from Prague and Moscow and pushed relations between the two countries to their lowest ebb since the end of the Cold War. 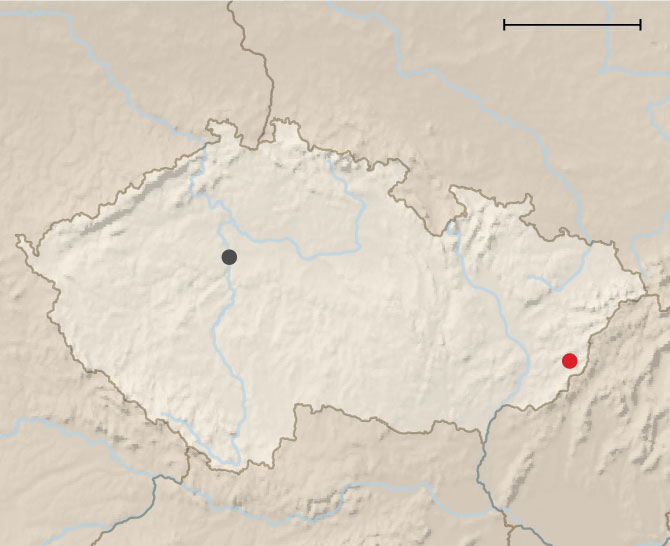 Holding a chunk of shrapnel that landed in his garden in 2014, Vojtech Simonik said he “felt no relief, only shock and amazement” when he watched the Czech prime minister talk on television about Russia’s role.

The announcement “created a real buzz around here,” said Mr. Simonik, who worked for a time at the camp dismantling artillery shells. “After seven years of silence, all the arguments are starting up again.”

The fenced-off property in which the explosions took place loops around the edge of two small adjacent villages with about 1,500 residents — Vlachovice (pronounced VLAKH-o-vee-tseh), the larger settlement, and Vrbetice (pronounced VR-byet-tee-tseh), just a few houses and a side road leading to the former military camp’s main entrance.

The mayor of Vlachovice, Zdenek Hovezak, said he had long wanted to know what was going on in the camp but got nowhere because everyone working there, including villagers hired to clean and perform other tasks, had to sign agreements swearing them to secrecy.

“I had no idea there was such a massive quantity of explosives so near our village,” said Mr. Hovezak, who had just been elected and was about to take office when the October blast happened.

The Military Technical Institute, a state entity that has managed the site since the Czech army pulled out, says it is now reviewing what to do with the property but insists that it will not be used again to store explosive materials for either the military or private companies.

Rostislav Kassa, a local builder, said he did not really care whether Russia is to blame for blowing up the place — although he firmly believes that it is — but he is angry that the Czech authorities ignored his efforts to sound the alarm years before the explosions.

Disturbed by reports that a rocket fuel company had rented premises in the camp, he started a petition in 2009 warning of a potential environmental disaster. Most residents signed it, he said, but his complaints to the Defense Ministry went unheeded.

“It doesn't really matter who blew it up,” he said. “The main issue is that our government let this happen.” His own theory is that Russia wanted to disrupt supplies of rocket fuel to NATO forces, not, as is widely believed, to blow up weapons destined for Ukraine.

Ales Lysacek, the chief of the village’s volunteer fire force, recalled being called to the camp that day in October 2014 after a fire broke out there. He was ordered to get back by police officers guarding the entrance, and a few minutes later, after a series of small explosions, a gigantic blast sent a shock wave that knocked him and his men off their feet.

“We had no idea what was in all the depots,” Mr. Lysacek said. Nobody had ever thought to tell local fire fighters of the potential danger. Officials later assured villagers that the explosions had been an accident but, Mr. Lysacek said, “nobody here really believed them.”

After the 2014 blasts, it took six years for pyrotechnical experts to search the camp and village land around it for unexploded munitions and other hazardous debris.

The laborious cleanup operation, during which roads were often closed and villagers repeatedly evacuated from their homes for safety reasons, ended just last October.

Mr. Hovezak, the mayor, was astonished, like most villagers, to hear Prime Minister Andrej Babis say last month in a late night news conference that the huge 2014 blast on their doorstep had been the work of Russia’s military intelligence agency, known as the G.R.U.

“I was in complete shock,” the mayor said. “Nobody here ever imagined that Russian agents could be involved.”

That they were, at least according to a yearslong investigation by the Czech police and security services, has only stoked more questions about what was really going on in the camp and suspicions among locals that they have been told only half the story.

Mr. Simonik, who found the shrapnel chunk in his yard, said that he was not entirely convinced Russia was to blame but that he had never believed the blast was just an accident either. “I definitely think it did not explode on its own,” he said. “It was triggered by somebody.”

Who that might be is a question that has reopened old fissures across the country over the past and current role of Russia, whose troops invaded Czechoslovakia in 1968 to depose its reform-minded communist leadership but is still credited by some Czechs for defeating Nazi Germany.

“The older generation remembers how Russians freed us from Hitler, while others remember 1968 when they invaded us,” said Ladislav Obadal, the deputy mayor of Vlachovice. “But hardly anyone has a good word for the Russians now.”

Except, that is, for President Milos Zeman, a frequent visitor to Moscow, who went on television recently to contradict the government’s account of the blasts. The explosions, he said, could have been an accident — sabotage by Russian spies was just one of two plausible theories.

Mr. Zeman’s statement prompted protests in Prague among Czechs who have long considered him far too Russia-friendly. It was also met with fury among residents of Vlachovice-Vrbetice who believe that Moscow should compensate the villages for all the physical and psychological damage caused, a demand the mayor said he supported if Russia’s role is proved.

Jaroslav Kassa, 70, the father of the local builder who said his disaster warnings had been ignored, has no doubt the Kremlin is to blame.

“Of course the Russians did it,” Mr. Kassa said, noting that the Russian military would have detailed plans of the sprawling facility from the time when the Soviet army used it after the 1968 invasion.

His views have led to arguments with his neighbor, Josef Svehlak, 74. Mr. Svehlak recalled how he knew and liked a former Soviet commander at the camp and said he had never heard of Russian spies in the area, only Western ones in the 1970s during the Cold War.

Half a century later, that spies are again said to be roaming around is a measure of how the Cold War suspicions rumble on in this remote eastern corner of the Czech Republic.

“It is fun to watch James Bond in films,” said another of Mr. Kassa’s sons, Jaroslav. “But we don’t want him hiding behind our hill.”