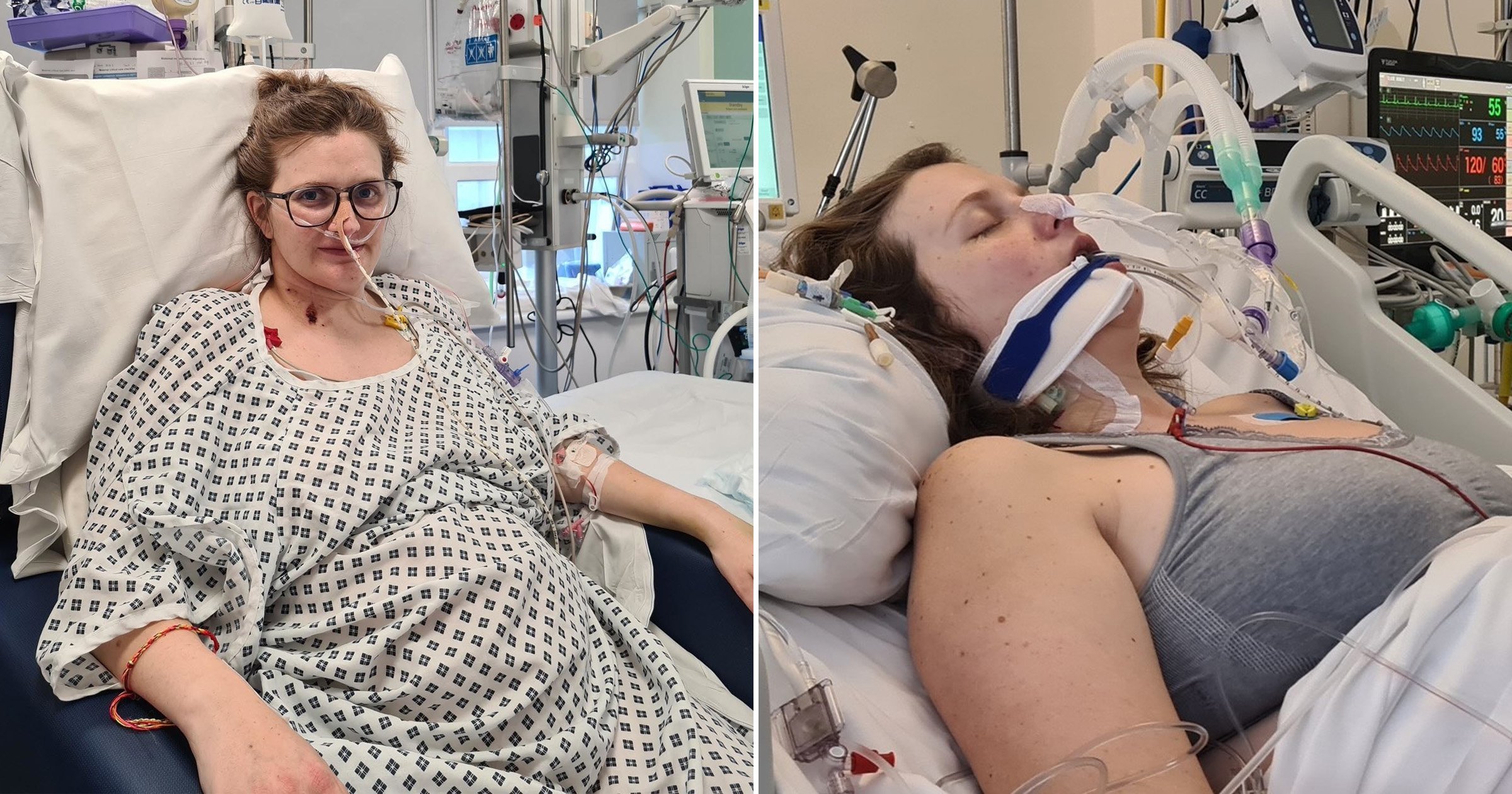 A pregnant woman who spent a month in hospital with Covid has urged others to get the jab after new figures showed unvaccinated mums-to-be are disproportionately suffering from the virus.

Claire Bromley, 33, had not yet had her first dose of a vaccine when she tested positive for Covid earlier this year.

Within days she’d developed breathing difficulties and was taken to her local hospital in Kent, where she had to be put on a ventilator while in a medically induced coma.

When her condition deteriorated, medics thought she might need an emergency C-section just 26 weeks into her pregnancy and she was transferred to another hospital in London.

But she slowly improved and was allowed home in early August, almost a month after first being admitted, and is now recovering with her husband and their unborn child, who is doing well.

Speaking as part of an NHS campaign to encourage pregnant women to get jabbed, Claire said she feels the risk of being unvaccinated ‘far outweighs any doubts.’

She said: ‘I completely understand the hesitation not to get vaccinated when you are growing a child inside you, and, after experiencing two miscarriages before the pandemic, the fear of being pregnant again with the worry of Covid was sending my anxiety through the roof.

‘But, after what happened, I can honestly say that the risk of not having the Covid vaccine far outweighs any doubts about having it.’

NHS England has released new figures showing unvaccinated pregnant women made up a significant proportion of critically ill Covid patients in recent months, as health chiefs continue to battle misinformation about the jabs.

Almost a fifth of patients who needed intensive treatment for the virus were mothers-to-be who had not had a single dose of a vaccine.

Between July 1 and September 30, 17% of those who required treatment through a special lung-bypass machine were unvaccinated pregnant women.

This at-risk group also accounted for 32% of all females aged between 16 and 49 in intensive care on extracorporeal membrane oxygenation (ECMO) – used when a patient’s lungs are so damaged by Covid that a ventilator cannot maintain oxygen levels.

NHS England said this figure has risen from 6% at the beginning of the pandemic in March 2020.

England’s chief midwife, Jacqueline Dunkley-Bent, said the data is ‘another stark reminder that the Covid-19 jab can keep you, your baby and your loved ones safe and out of hospital’.

But the National Childbirth Trust (NCT) said the statistics are a ‘damning indictment of the lack of attention given to this vulnerable group as restrictions have eased’.

Pregnant women were not initially told to get the vaccine due to a lack of data as none of the thousands who took part in the initial clinical trials were pregnant.

But the advice changed earlier this year after data from the US showed that 160,000 pregnant women had had the vaccine with no subsequent harm identified for the foetus.

In England and Scotland, 100,000 vaccinations have now been safely administered to pregnant women.

Dr Edward Morris, president of the Royal College of Obstetricians and Gynaecologists, said the number of unvaccinated women in intensive care is ‘disproportionate’ and shows the significant risk Covid poses to this group.

He said medics understand women’s concerns but want to offer reassurance that the vaccine is safe and ‘there is no link between having the vaccine and an increased risk of miscarriage, premature birth, or stillbirth.’

Health Secretary Sajid Javid added his voice to calls encouraging pregnant women to have the jab, saying the latest figures on those in hospital are ‘desperately sad’ and that vaccines will give ‘significant protection’.

But Sarah McMillen, the director of impact and engagement at the NCT, said the group had been ‘extremely disappointed’ to hear of so much misinformation and confusion about the vaccination programme.

NCT has called for more focus on ‘what’s needed to keep vulnerable groups safe as restrictions have eased.’