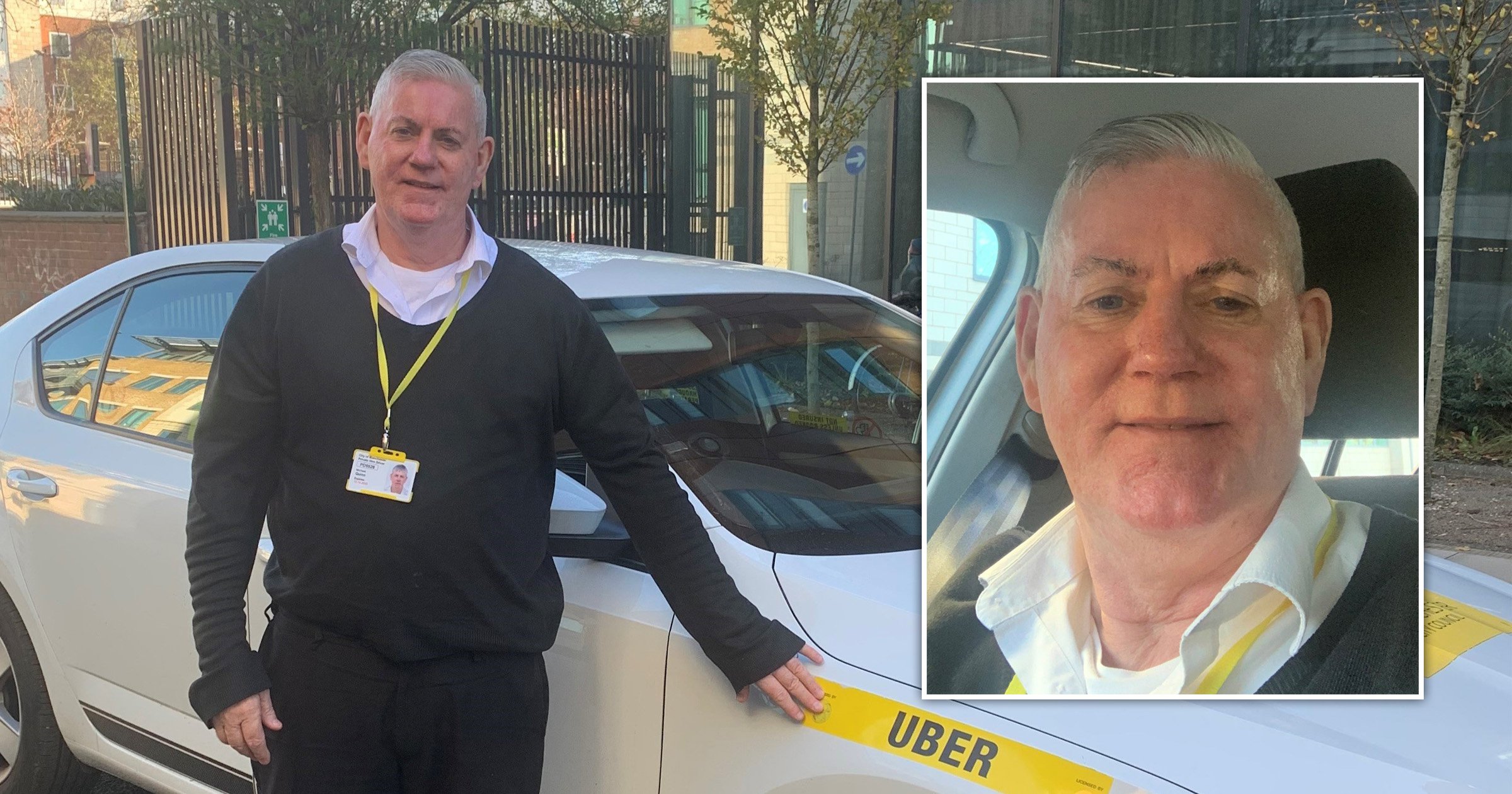 Ever since Uber started letting people see their Uber ratings, it has been a bit of a badge of honour to get one close to five stars.

Clearly, this evaluation cuts to the core of who you are as a person – whether you always wore a mask when it was mandatory, whether you slammed the car doors or whether you or a friend (admit it) ever puked in the back seat.

It’s pretty hard to bring your average close to the big 5 – but not for driver Michael Quinn.

The 73-year-old has been named the highest rated driver on the app, after racking up over 67,000 trips (which also makes him the most prolific for country-wide trips).

He has been recognised for his achievement at a ceremony in London last week where he was given an Uber Hero Award.

Michael, who was born in Liverpool but has spent most of his life in Manchester, claimed the title ahead of 85,000 other drivers across the UK.

He said the secret to his success is a positive attitude and keeping his car clean.

And he’s not one to rant about politics while passengers nod along, advising other drivers to ‘speak whenever you need to speak or what have you, but it’s mainly to make sure that person gets to where they are going from A to B as soon as possible and as comfortably as possible’.

He has worked for Uber for seven and a half years, and has received the most five-star ratings of any driver across the UK.

Most of his trips are your standard pick-up and drop-off, but some were much more memorable – such as a recent trip where he rushed a university student who had suffered a suspected heart attack to hospital when it emerged an ambulance could take up to 45 minutes.

He said as well as just driving, he also tried to keep the young man calm ‘because he really was so worried and panicking’.

Michael said he was able to keep the young man settled before safely seeing him into the hands of hospital staff at Manchester Royal Infirmary.

His journeys have also featured moments of ‘beauty’ which he said have stayed with him.

‘I always remember this couple I picked up a long time ago now, a very young couple that had just gone to the chippy,’ Michael said.

‘It was a Saturday night about eight o’clock, and their evening was going to be in front of the fire with their fish and chips, and each other.

‘It’s always been with me, that experience… how beautiful to see – they had nothing, but they had each other.’

He now averages approximately 200 trips in his six-day working week, starting at 6am and finishing around 8pm.

Michael, who lives alone 10 minutes outside Manchester city centre and previously worked as a taxi driver, said getting the award was ‘a very proud time in my life’.

He was honoured as Uber celebrated 10 years since it first launched in London – when just 69 drivers worked for the company.

Alongside data on the most trips and highest ratings over the last decade, Uber’s busiest day in the UK was revealed – December 14 2019 when over one million rides were completed in 24 hours.

Uber also confirmed its longest journey taken by a passenger – a six-hour, 438-kilometre trip from Heathrow Airport to Loch Lomond in Scotland.