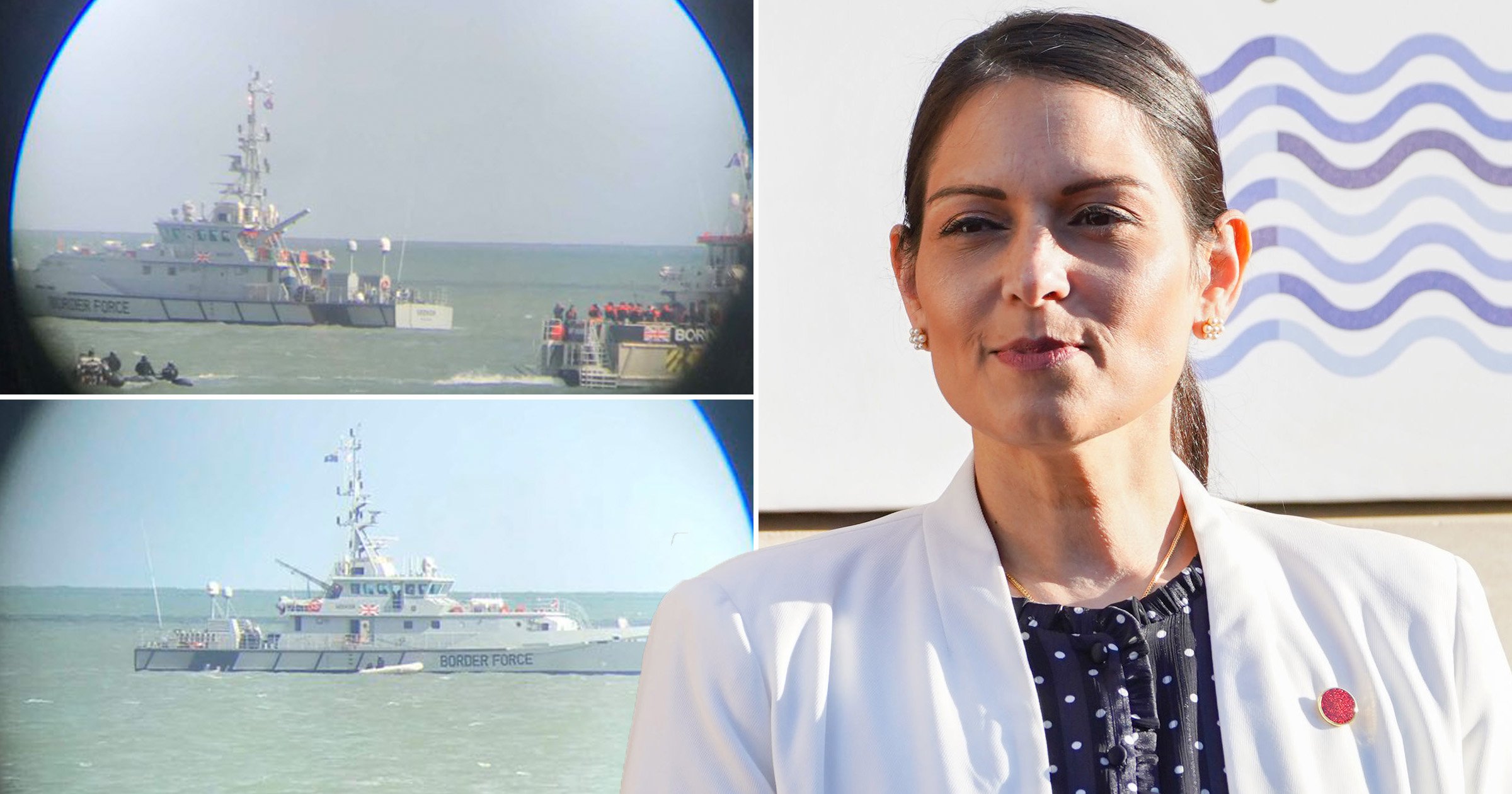 Border Force officials have been practicing turning around dinghies in the English Channel, pictures suggest.

‘We are currently witnessing what looks like pushback drills by Border Force jet skis in the Channel,’ they wrote.

‘We are not 100% sure but two jet skis appear to be doing circling maneuvers around dinghies with Border Force vessels full of people looking on.’

They claimed people were sat on the dinghy’s tubing, copying how boats are packed with migrants during the dangerous crossings.

The group then claimed to see a jet ski bump the rear of the dinghy and turn it around.

‘They undermine people’s right to due process before a decision to expel them is taken.’