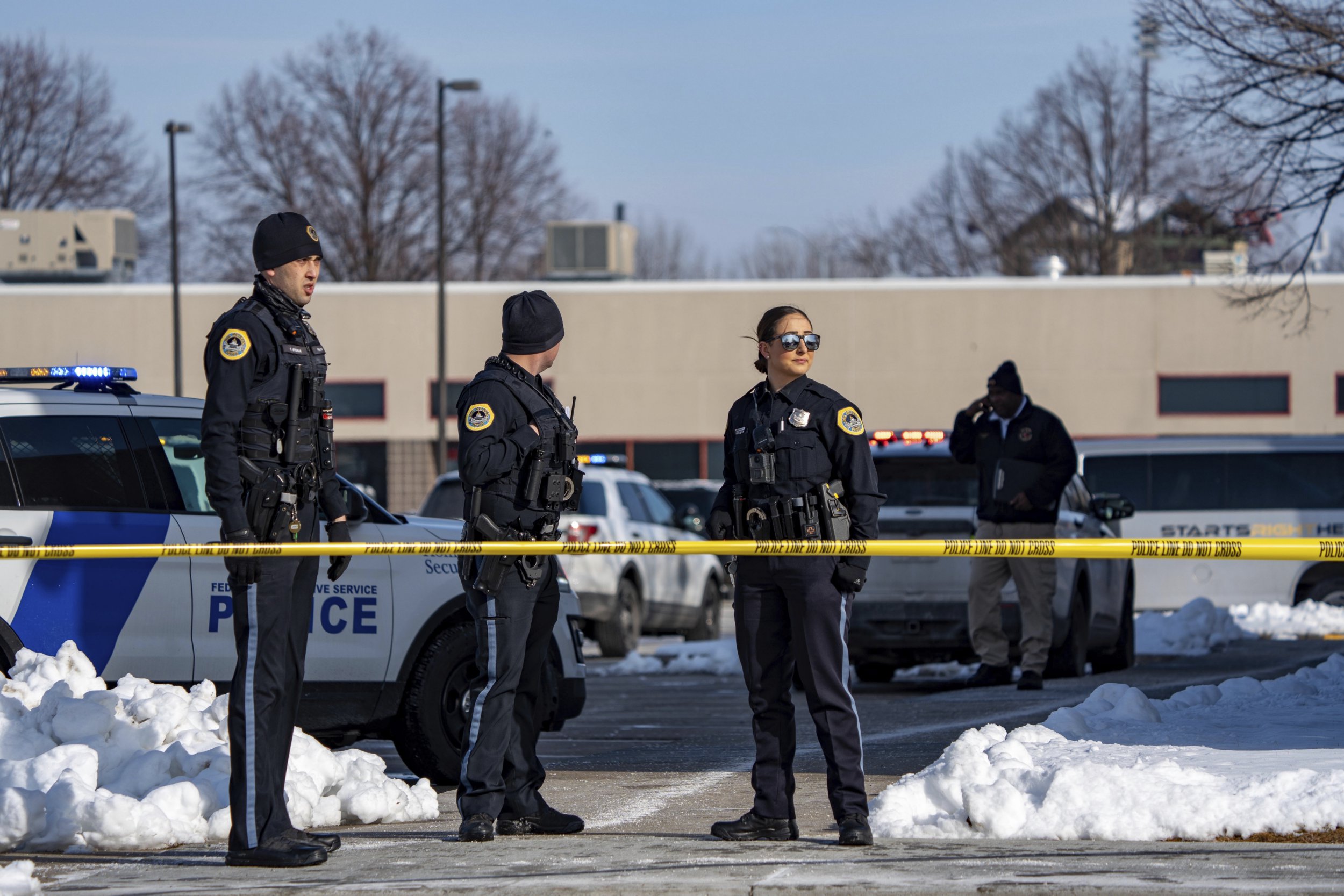 Two students at an alternative education program for at-risk youth were shot and killed in a ‘targeted’ attack, police said.

The two teenage victims were students at the Starts Right Here program in Des Moines, Iowa. They were not identified due to their age, but were described as males aged 16 and 18.

A third victim was identified as an adult employee of the program. He was wounded and hospitalized in serious condition, where he underwent surgery.

Police later identified the wounded victim was William Holmes, the 49-year-old founder of the Starts Right Here program. Holmes is an artist and activist who performs under the name Will Keeps.

Shortly after the shootout, officers from the Des Moines Police Department took multiple suspects into custody after a traffic stop.

Hours later, they identified a single suspect they believe responsible for the shooting. Preston Walls, 18, was charged with first-degree murder, attempted murder, and criminal gang participation. According to police, Walls entered a common area at the school with a 9mm handgun and an extended magazine.

About 16 minutes before the incident, Walls cut off a court-ordered ankle monitor. He was on supervised pre-trial release for another crime, the police said.

Holmes and other school administrators tried to escort Walls out of the building. That’s when police say he turned and opened fire on the two teenage victims.

‘It was not random. There was nothing random about this. It was certainly a targeted incident,’ Des Moines Police Sergeant Paul Parizek said.

‘Walls, and both deceased victims, are known gang members, belonging to opposing gangs, and evidence suggests that these crimes were committed as a result of an ongoing gang dispute,’ the police stated.

Starts Right Here is a community partner of Des Moines Public Schools, where it works with at-risk students, including those suffering from ‘cyclical illiteracy, poverty, and substance abuse,’ according to the organization’s website.

‘The school is designed to pick up the slack and help the kids who need help the most,’ Sgt Parizek said.

Homes himself is a former gang member who left to begin mentoring younger students two decades ago, according to the organization. He founded Starts Right Here in 2021.

The organization lists board members from of Iowa and Des Moines governments, including Governor Kim Reynolds and Police Chief Dana Wingert.

‘I am shocked and saddened to hear about the shooting at Starts Right Here,’ Reynolds stated. ‘I’ve seen first-hand how hard Will Keeps and his staff works to help at-risk kids through this alternative education program. My heart breaks for them, these kids and their families. Kevin and I are praying for their safe recovery.’