A number of caravans reportedly arrived on Sunday evening at Alun School, which shares grounds with Ysgol Maes Garmon, in Mold, North Wales. Pupils at both schools are using remote learning today as a result.

Surely the law needs to change. If we took a caravan on holiday and parked anywhere we felt like we would be paying massive fines

Police say they are “actively utilising legal powers,” reports North Wales Live. However, parents online have expressed their anger at their children having to miss their education.

“Surely the law needs to change. If we took a caravan on holiday and parked anywhere we felt like we would be paying massive fines,” wrote one man on Facebook.

“People think it’s ok to protest about Kill the Bill when it gives more power to the police to deal with situations like this and stop costing local councils thousands of pounds,” another social media user wrote.

Another posted: “What about the GCSE assessments? It’s ridiculous that they can do just what they want.”

One comment reads: “Here we go again! This needs to be stopped.” 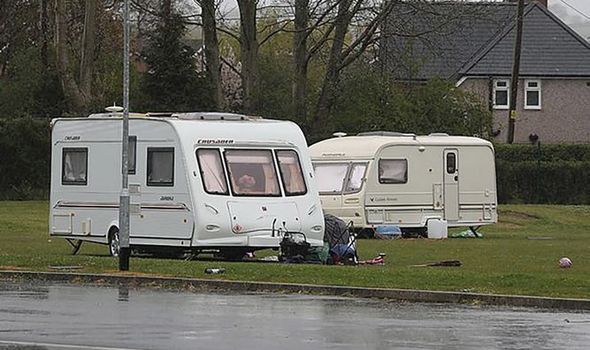 In a joint statement, both schools say they are working closely with the police and council to resolve the matter.

It reads: “Due to unauthorised visitors on the Mold Alun and Ysgol Maes Garmon shared campus, both schools will be closed to pupils and staff on Tuesday 4 May.

“Remote learning will be in place and pupils should follow their usual timetable.

“The school understands the disruption that this will cause for pupils and families.

“We are working closely with the council and North Wales Police to resolve the issues on site as soon as possible.

“Further information will follow regarding arrangements for later in the week and provision for families entitled to Free School Meals.”

Its post says: “We would like to reassure the local community that we are aware of the Travellers which are currently at Alun School in Mold and the matter is in hand.

“The group have been served notice to leave and we are actively utilising legal powers and are working closely with our colleagues at Flintshire County Council.” 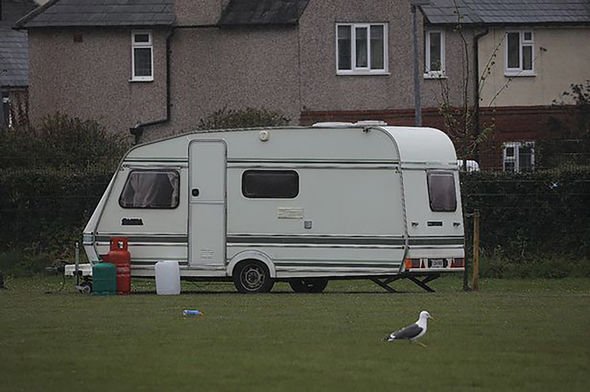 The authority, led by the Labour Party, has apologised for the disruption.

Claire Homard, Flintshire Council’s Chief Officer, Education and Youth, said: “Due to an unauthorised encampment at the Mold Alun and Ysgol Maes Garmon shared campus we have had to make the decision to temporarily close both schools – to pupils and staff – on Tuesday 4th May.

“We apologise for the disruption and are working to resolve the situation. Parents and carers are asked to check their emails for an update from the schools.”