People who assault emergency workers will face tougher sentences of up to two years in jail under a new law, the government has announced.

Ministers plan to bring forward legislation to double the maximum sentence for those convicted of assaults on frontline staff including police officers, firefighters and paramedics.

It is the second change in two years after a 2018 law increased the maximum sentence from six months to a year. 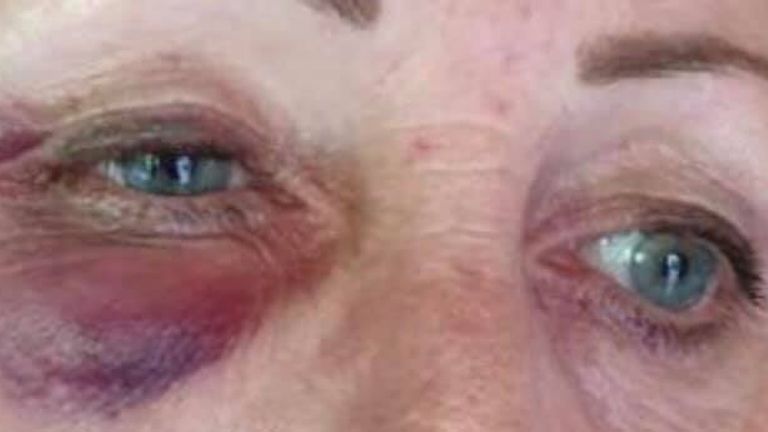 The new law change comes after Sky News revealed more than 1,600 violent attacks on ambulance workers were recorded between January and July – including a rise in sexual assaults – as the UK battled the coronavirus outbreak.

At least 149 sexual assaults on ambulance workers have taken place so far this year, as well as a rise in vandal attacks on ambulances and more than 2,000 verbal abuse incidents against crews, according to data released under the Freedom of Information Act.

The new law means that when a person is convicted of offences including sexual assault or manslaughter, the judge must consider whether the offence was committed against an emergency worker as an aggravating factor meriting an increase in the sentence.

The home secretary said the new legislation “sends a clear and simple message to these vile thugs – you will not get away with such appalling behaviour and you will be subject to the force of the law”.

Priti Patel added: “Our police officers, firefighters and other emergency workers are our frontline heroes who put their lives on the line every single day to keep us safe, yet some despicable individuals still think it’s acceptable to attack, cough or spit at these courageous public servants.”

More than 11,000 people were prosecuted for assaulting an emergency worker in 2019, the Ministry of Justice said.

Assaults cover acts including being pushed, shoved or spat at, but prosecutions can take place under more serious offences when an emergency worker is seriously injured.

Justice Secretary Robert Buckland QC said emergency workers “risk their lives to protect ours” every day and they “should never face being punched, kicked or spat at”.

He added: “Anyone looking to harm prison officers, police, fire personnel or health workers should be under no illusion – your disgraceful behaviour is unacceptable and you will feel the full force of the law.”

The chairman of the National Police Chiefs’ Council, Martin Hewitt, said the new law “sends a clear message that society will not tolerate abuse of our emergency workers.”

John Apter, chairman of the Police Federation of England and Wales, also welcomed the change and urged magistrates to “step up to the plate and dish out these maximum sentences of two years”.

He added: “The fact is attacks on blue light workers should never be considered ‘just part of the job’. Longer sentences can therefore act as a strong deterrent for those who think that it is acceptable to assault police officers or other emergency service workers.”