The report makes for grim reading and states one in seven UK businesses are at risk of collapse in the next three months. Accommodation and food services were the least optimistic of survival, with 34 percent saying that had no or low confidence they will withstand the next 12 weeks.

Steve Baker has responded to the report with shock, sharing the findings to his Twitter followers with an emoji of a person holding their head in their hands.

The Tory MP for Wycombe has been an outspoken critic of national lockdown, referring to the restrictions as an “infringement of our liberties”.

He joined 53 Tories in defying Boris Johnson by failing to vote for the second nationwide lockdown in Parliament earlier this month.

Mr Baker has also warned the Prime Minister he will face a Tory rebellion if he attempts to extend the current lockdown beyond December 2. 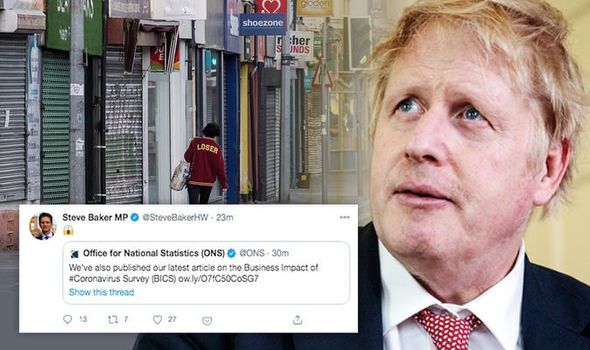 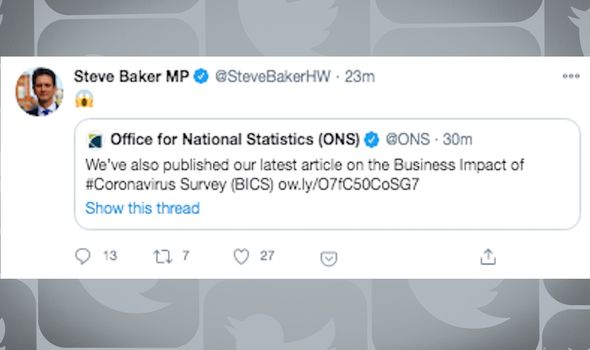 The official ONS survey was based on the period between 19 October and 1 November 2020, when 82 percent of businesses were trading.

It has highlighted a number of worrying findings.

Across all industries, seven percent of businesses said they expected to temporarily or permanently close a site in the next two weeks, including 25 percent of accommodation and food service firms.

It estimated 9 percent of the workforce was on either full of partial furlough leave during the two weeks to November 1, including 34 percent of people in the arts, entertainment, and recreation. 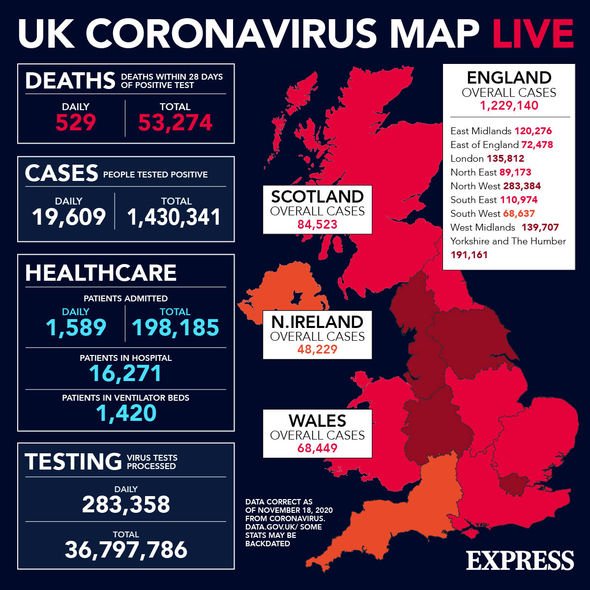 Other Twitter users have also responded to the reports findings.

One person wrote: “This thread is horrifying. This is insanity.”

Another user called on the Government to end the national lockdowns in a bid to save the UK economy.

They wrote: “This is sad reading, we must end the ineffective lockdowns now!”

A third wrote: “You’d really have to be confident in your #COVID19 policy to accept this degree of economic pain – ONS latest report on business impact.”