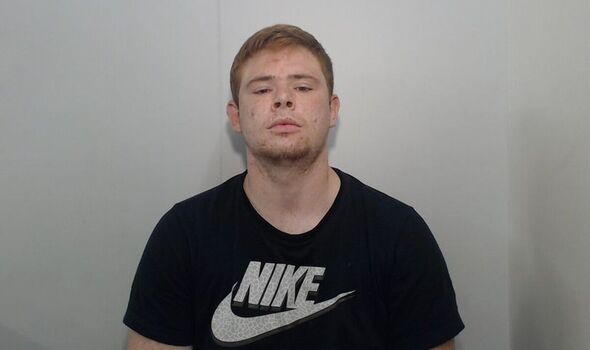 Connor Dillion left his girlfriend fearing for her life after his “jealous” and controlling behaviour resulted in him kicking and stamping on the victim’s head. In a victim impact statement, she said Dillion had “bullied me, mentally, physically and emotionally”. Dillon admitted actual bodily harm; controlling or coercive behaviour; and criminal damage at Manchester Crown Court.

The court heard that Dillion left the victim on the floor bleeding after the attack on the morning of July 17 last year.

In her statement, the victim said she was left worried he “may end up killing me” and “scared of what he may do next”.

Dillion, of Mythorn Walk, Newton Heath, Manchester has 25 previous convictions for 49 offenses including assault and battery on a previous partner.

Nicola Carroll, mitigating, said Dillion was “genuinely remorseful” for his actions, asking for a suspended sentence so he could get help.

She added: “This young man has come from the care system. He has been in the system all his life.

“He appreciates he must be punished. In fact, his response was ‘I have done the crime, so I must do the crime’.

“But we may take the view that society is better served by getting this young man into a position where he can become a fully functioning member of society. We are now in a position to do something proactive to break the pattern.”

But Judge Stephen Davies said it was “clear” that Dillion “regularly over an 18-month period physically, mentally and emotionally” abused his partner before a “final, vicious assault”.

He continued: “It appears that you were jealous of the complainant and her relationship with her family and friends. You set to control her by manipulating and threatening her.

“You regularly intimidated her and used violence, repeatedly punching and kicking her. Your unhappy childhood in care may explain your offending and your dreadful record.

Judge Davies added: “It may also explain in part your failure to build good relationships with your partners, but that does not justify your behaviour. The reality is you will have to do your punishment in prison, but you will also have to engage with any rehabilitation in prison.”

Dillion was sentenced to 30 months in prison and handed a five-year restraining order.