The Queen's coffin begins its journey to London from Edinburgh

Thousands of Britons across the country are having their medical appointments cancelled due to the Queen’s funeral on Monday, September 19, which has been declared a bank holiday. Treatments including maternity checks, eye surgeries and cancer treatments have been postponed, adding pressure to an already creaking health system dealing with enormous backlogs from the Covid pandemic.

Mira Doheny, 30 from Hampstead, West London, suffers from relapsing-remitting MS. She needs disease-modifying treatment every six months. She was booked in for her treatment in August but contracted Covid, so her appointment was rescheduled for Monday, September 19.

Speaking of the potential impact on her health, she said: “It was only postponed by one week which is fine, my particular medication (called ocrevus) stays in my system for six to nine months so it shouldn’t really affect me.

“However, since I was supposed to get it in August and now it’s the end of September, no further postponement is ideal. The treatment kills my B cells in my immune system. They are the part of the immune system which attacks the body so if I was off my treatment long enough I could develop new lesions on my brain or experience relapses.

“Again, a week isn’t a big deal and they are so great at the hospital to rearrange it right away. It just made me think how many other millions of things were cancelled that day and the ripple affect it will have.”

Ms Doheny added that she has been on treatment for three years, and her hospital has been “absolutely amazing” throughout. She is originally from Canada, but her treatment isn’t available there. Ms Doheny believes that if it were not for the NHS her illness could have been a lot worse. 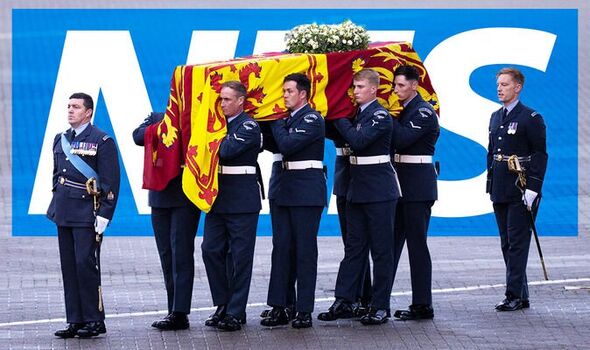 Rebecca Fitzgerald says that her father Kevin, 63 from Sudbury, Suffolk, has now had his operation delayed numerous times, most recently due to the Queen’s funeral.

She told Express.co.uk: “My father’s operation was originally scheduled for day surgery sometime in May, but his medical team decided he wasn’t able to have day surgery due to being on blood thinners for a heart condition. It was then scheduled for July 18, by which time he had picked up Covid from a holiday in Cheshire visiting the canals.

“Following this, the operation was rescheduled again for the afternoon of the 19 of September which is now the Queen’s funeral, which of course has been cancelled again! Luckily his local hospital are on it, and have already rescheduled the operation once more for October 10.

“He’s retired, so rescheduling it isn’t a huge inconvenience for him, but he said that if he was still at work he’d have been ‘rather annoyed’.” Rebecca’s father did not want to share what his operation was for. 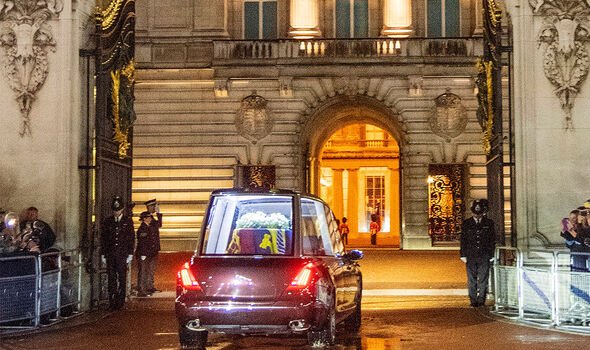 People on social media are also sharing their frustration with the cancellations. Sarah-Louise, a writer from Glasgow, said she is “absolutely seething” because two of her friends have been impacted by the cancellations.

She tweeted: “That’s me finally cried over the Queen dying. Not because I’m sad about her dying but because two people in a fibroids group I’m in have had their long-awaited operations cancelled due to it being the day of her funeral. I am absolutely seething.

“Very f****** fitting that chronically sick, disabled people can’t get the care that they need because the head of state is being buried after dying very comfortably in her home at the age of 96. Absolutely f*** every single part of this.”

As appointments continue to be rescheduled, A spokesperson for the NHS in England said: “As with any bank holiday, NHS staff will work to ensure that urgent and emergency services, including urgent dental and GP appointments, are available – and patients will be contacted by their local trusts, if necessary, regarding their existing appointments.

“Covid vaccination services, particularly in care homes, are being asked to continue their work given the importance of protecting people ahead of winter and the public should access NHS services in the usual way, including through 111 online or 999 in an emergency.” 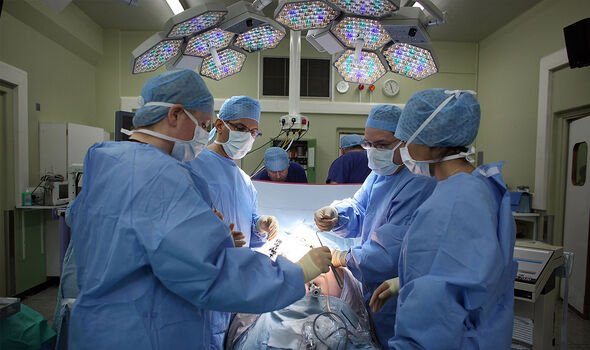 This latest wave of NHS cancellations will add to mounting hospital waiting lists that hit a record high of 6.8 million people in July, according to the latest figures, after the pandemic put a halt on all but the most essential procedures.

The health sector isn’t the only area at risk of being impacted. A number of foodbank have said they will shut their doors on Monday.

Morrisons, Marks & Spencer, Co-op, Lidl and Asda have become the latest retailers to confirm they will shut stores on Monday.

Most leading museums will be shut too, as well a slew of productions, from Les Miserables to Hamilton.