Theresa May announced she will return for “one more” EU Summit in Brussels despite her having resigned as Prime Minister on June 7. She is to return to Belgium to meet with other European Union leaders to resume discussion on candidates vying to be the next European Commission President. Mrs May made the announcement as she updated the Commons on the last summit held last week: “As there was no consensus on candidates at this meeting, the Council agreed to meet again after the G20 this coming Sunday as well as holding further discussions with the European Parliament.

“While I had originally anticipated that this would be my final European Council as Prime Minister, I will, in fact, have one more.”

Mrs May will hold the reins of the United Kingdom until Conservative Party members select her successor. Following four round of votes, Boris Johnson and Jeremy Hunt emerged as the top two candidates to take on the mantle of Brexit negotiations.

The party has announced the new Prime Minister and next Tory Party leader will be in place by July 22.

Asked whether she would miss attending summits with other EU heads of state, Mrs May responded: “I rather thought I was going to have more time available than it’s proving to be the case because of all the extra Council meetings I’m having to go to.” 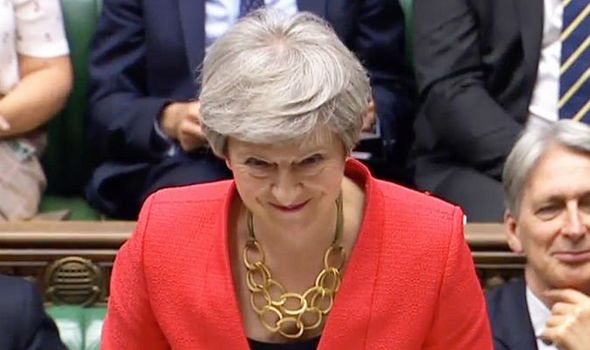 Mrs May also told Parliament the European Union had reiterated its “desire” to avoid a disorderly Brexit as the bloc pledged to collaborate with her successor in Number 10.

“The scheduled update we part of the agreement we reached in April to extend the Article 50 deadline for our departure from the EU until October 31.

“The Council repeated its desire to avoid a disorderly Brexit and committed to working constructively with my successor as Prime Minister.”

Brussels has repeatedly refused to reopen negotiations on the controversial Brexit withdrawal agreement despite the refusal of MPs in Westminster to see it through the House. 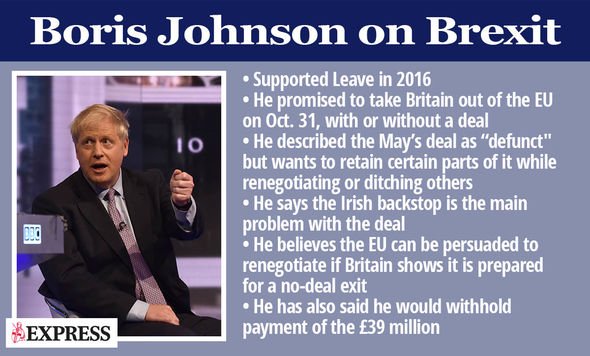 Boris Johnson, the bookies’ favourite to become the next British Prime Minister, pledged to ensure Britain is delivered out of the EU “with or without a deal.”

His opponent, Foreign Secretary Jeremy Hunt, admitted he would be willing to pursue a no deal Brexit “in extremis” as he insisted he would renegotiate the terms of the deal with Brussels.

On Monday, Mr Hunt has claimed a Boris Johnson-led government would rapidly collapse when faced with key decisions on Brexit

The Foreign Secretary said Mr Johnson had put together a “fragile” coalition of supporters and opponents of a no-deal Brexit which would quickly disintegrate in office.

His warning came as Defence Minister Tobias Ellwood said around a dozen Conservative MPs could be prepared to support a vote of no-confidence in the Government to prevent a no-deal break with the EU.

Mr Hunt said Mr Ellwood’s comments underlined the danger of pushing to leave the EU by October 31 – as Mr Johnson has promised – without a majority in Parliament.