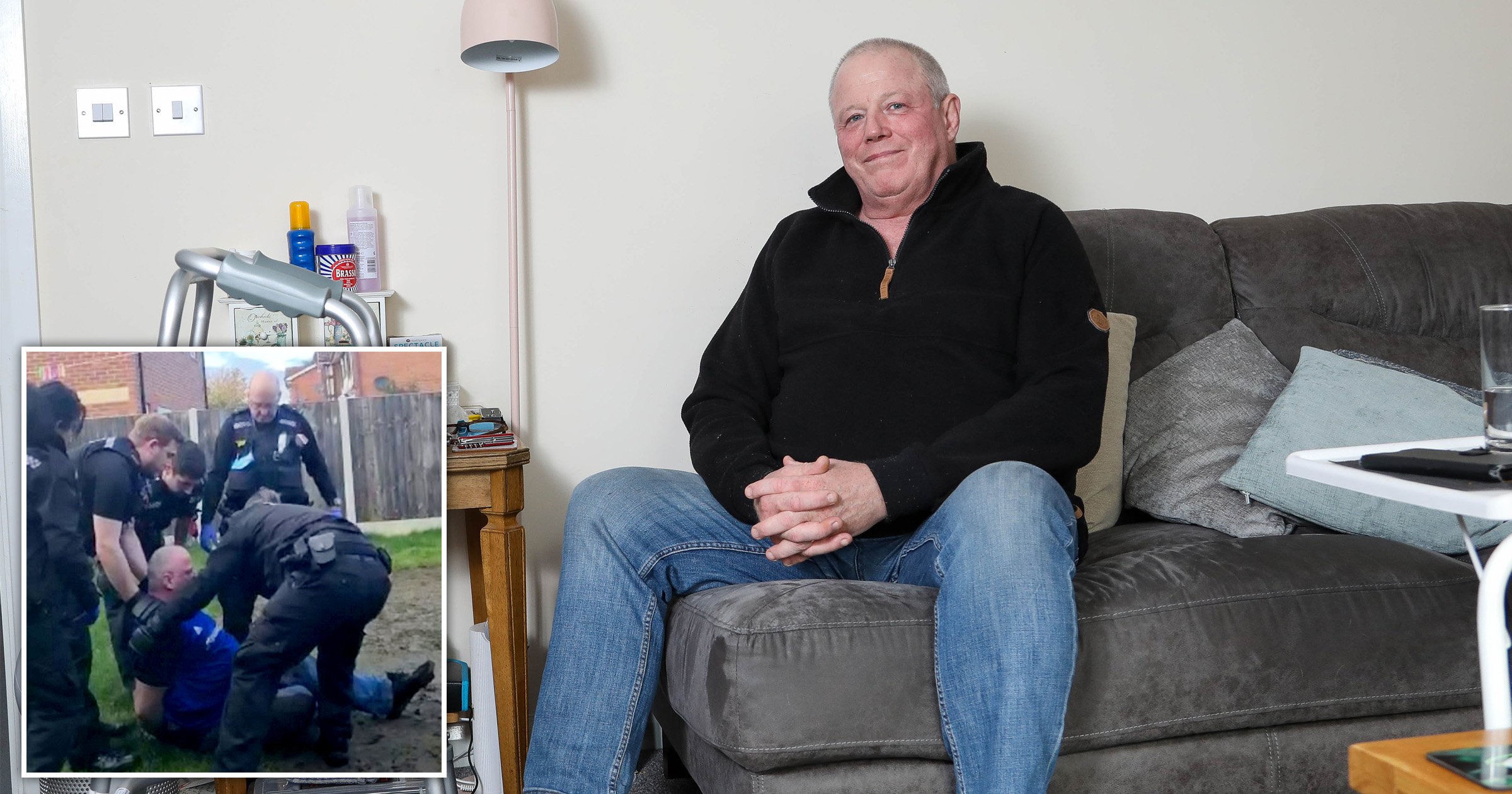 A man who mooned a speed camera has been cleared of criminal wrongdoing, after police broke into his garden and pinned him to the ground.

The retired university lecturer dropped his trousers at a mobile speed camera van in November last year as he ticked off his bucket list.

He mooned the van on while his wife Sarah, 36, went to get some bread from a nearby Tesco Express.

Later on, three police cars later pulled up outside his home in Kidderminster, Worcestershire and officers demanded to be let in.

Mr Meekcom refused, so they allegedly kicked down his garden gate, pinned the dad-of-two to the ground and put him in cuffs.

Footage filmed by his wife showed him telling officers: ‘Have you never wanted to moonie a speed camera? Well I did.’

Mr Meekcom, who used to lecture medical students at Birmingham City University, was arrested on suspicion of indecent exposure and dangerous driving.

The registered nurse was later bailed and says he was interviewed under caution in January 2022.

He was then charged with a series of offences, pleaded not guilty to all of them and was vindicated at Redditch Magistrates Court yesterday.

Clearing him of obstructing a constable in the execution of their duty, Chair of the bench, Justice Charles Townsend, still criticised the way he went about the confrontation.

‘We note that at no point during the hour-long plus incident did you cooperate with or inform the police of any health issues until you were taken to ground,’ he said.

‘We feel the police acted quite lawfully on Friday, 5 November by arresting you.

‘However, given the serious health conditions you are faced with, clenching your hands in the way that you did was justified, given the potential consequences of your hands being placed behind your back.’

Magistrates found the defendant not guilty of resisting arrest and said they ‘accepted’ his defence of self protection.

Meanwhile two counts of using threatening behaviour likely to cause harassment, alarm or distress were dropped by prosecutors.

He added: ‘When you’re unwell, you don’t want this. I maybe shouldn’t have done it anyway, but when you’re dying you think of things differently.’

West Mercia Police confirmed it had received a complaint, which will be referred to their professional standards department for a review.

A spokesperson for the force said: ‘We respect the decision of the magistrate in this case.

‘We can also confirm that we have received a complaint in relation to this case, and now court proceedings have concluded, this will be reviewed by our professional standards department.’