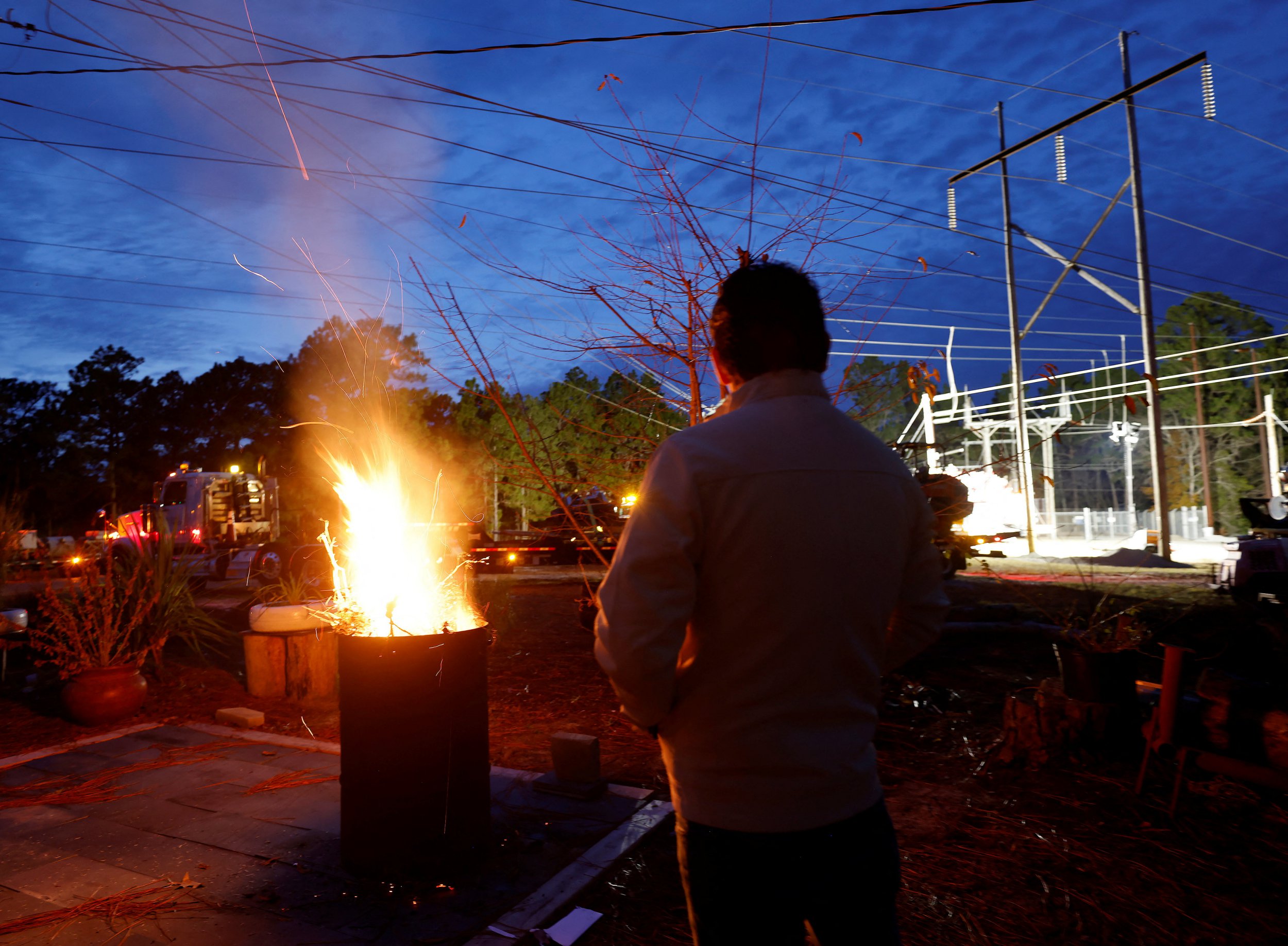 A ‘targeted attack’ on two electrical substations has left tens of thousands out of power in North Carolina.

‘They pulled up and opened fire on the substation. Same as the other one.’

Photos taken at the scene show the wooden poles of a gate destroyed by the attackers.

The FBI and the State Bureau of Investigation are assisting the county by securing the substations and investigating the shootings. Right now, authorities are investigating all possible leads.

‘We don’t have anything. No motivation. No group has stepped up to acknowledge or accept that they’re the ones that done it,’ Sheriff Fields said on Sunday.

‘I can say this: it was targeted. It wasn’t random.’

The FBI’s field office in Charlotte has confirmed that they are investigating the attack.

Meanwhile, power crews are working to restore power to about 36,000 customers left stranded in freezing temperatures over two nights.

At the press conference, Duke Energy representative Jeff Brooks said locals should be prepared for multiple days without power lasting most of this week,

‘We are looking at a pretty sophisticated repair with some fairly large equipment,’ he said.

A Duke Energy outage map shows that about 33,000 customers were still out of power in Moore County as of Monday morning.

Moore County schools were closed on Monday, and the sheriff declared a 9pm curfew in effect starting on Sunday night.

‘An attack like this on critical infrastructure is a serious, intentional crime and I expect state and federal authorities to thoroughly investigate and bring those responsible to justice,’ North Carolina Governor Roy Cooper stated on Twitter.

The governor’s office also confirmed it was assisting the county by providing transportation and security.