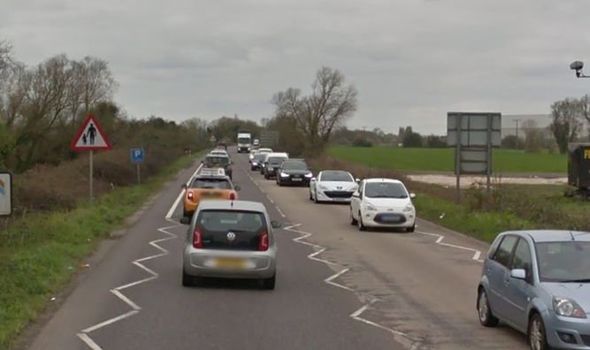 The 18-year-old woman, who was driving a white Volkswagen Polo, was pronounced dead at the scene after the accident with a Scania bus at around 9.20pm last night.

The crash happened on the A47 between Wisbech and Guyhirn near Peterborough, reports Cambridgeshire Live.

Seven people were cut free of the wreckage, four of whom were taken to hospital.

A 25-year-old man, travelling in the Volkswagen Polo, was taken to A&E in King’s Lynn, Norfolk, with serious injuries.

The bus driver, a 37-year-old woman, did not require treatment in hospital.

A spokesman for Cambridgeshire Fire and Rescue Service said: “At 9.22pm on Wednesday (May 19) crews from March and Wisbech were called to a road traffic collision on the A47.

“Firefighters arrived to find a collision involving a car and a bus near Guyhirn. Using specialist cutting equipment they released seven casualties who were left in the care of ambulance crews, four were taken to hospital.

“One casualty sadly died at the scene.

“The crews returned to their stations by midnight.”

An investigation is ongoing and no arrests have been made.

Anyone who witnessed the crash or who has dashcam footage of the moments leading up to it should contact police via our web chat function https://bit.ly/3vsiYDw, online forms www.cambs.police.uk/report or by calling 101, quoting incident 523 of 19 May.

Officers are also appealing for anyone who was a passenger on the bus and did not provide their details at the scene, to please get in touch via the above methods.