Scotland’s First Minister Nicola Sturgeon has launched a shocking attack on former Prime Minister Theresa May while speaking at an event at Edinburgh Fringe Festival with Iain Dale. Ms Sturgeon claimed her conversations with the former Conservative Party leader were “pretty soul-destroying” and that Mrs May would stick to a prepared script. The Scottish First Minister was asked about differences between her meetings with Mrs May and new Prime Minister Boris Jonson when she took the swipe.

On meeting Mr Johnson, the Scottish First Minister said: “It was a very different experience.

“I don’t want to be too derogatory or pejorative about Theresa May, she’s obviously no longer prime minister, but having conversations with Theresa May was pretty soul-destroying.

“She would never depart from a script, no matter where you tried to take the conversation.

“I remember in one meeting, going in and trying to think about how can we get this meeting off on a sort of gentler start before we immediately got into the areas where we disagreed. 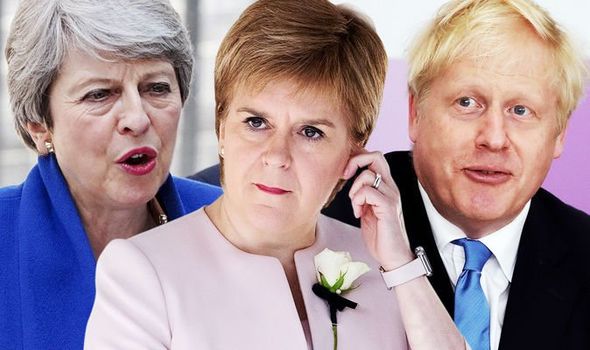 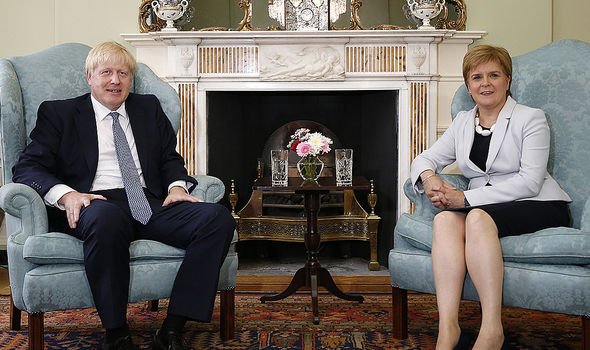 Having conversations with Theresa May was pretty soul destroying

“And she had, as she often did, a fantastic pair of shoes, a really stylish pair of shoes. And I quite like shoes, so I started the meeting off by saying, ‘before we get onto Brexit, fantastic shoes’, and in that instant I could see in her eyes, that she didn’t have an answer in the script before her for this.

“So it became, what should have been a light-hearted moment, really quite awkward.”

She added: “So talking to Boris, at least it was like having a conversation, albeit a bit of a crazy one.

“And you could debate and share views and disagree on things, more than agree, so I’ll say that for him. It’s a different experience.” 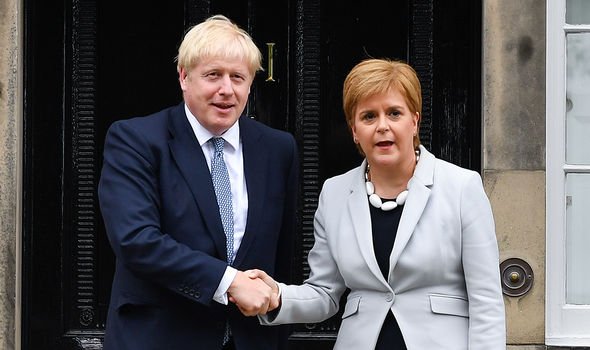 The Scottish First Minister also claimed the “vast majority” of people in Scotland would not choose Mr Johnson as Prime Minister if they had a choice.

Ms Sturgeon added: “Boris Johnson is a Prime Minister that the vast of majority of people in Scotland, had they been given any choice, would not have chosen to give the keys of Number 10 Downing Street to.

“So I wasn’t overly thrilled to be standing on the steps of Bute House welcoming Boris Johnson as Prime Minister.”

It comes after Mr Johnson travelled to Scotland last week during his first full week as Prime Minister to try to rally support behind his Brexit plan. 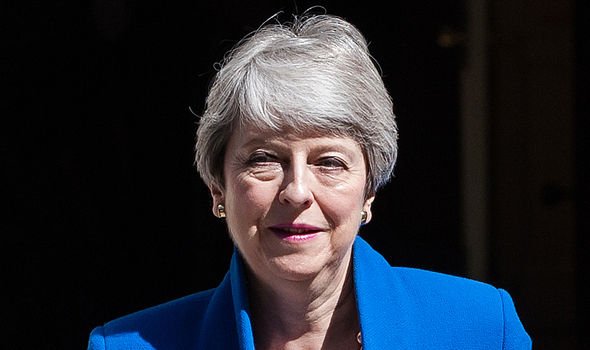 Ms Sturgeon said: “We had a very lively discussion, we had a session where it was just the two of us in the room and then we were joined by our officials.

“In both of those sessions, we had a very lively exchange of views about independence. I made clear my government’s intentions to pass the framework Bill to allow a referendum to take place next year.

“He made the case that he was for the Union, and didn’t think Scotland should have the right to choose. And we had a to-ing and fro-ing on the pros and cons of independence.

“At one point I suggested to him we didn’t have the debate in Bute House, we took that debate out into the public and let the public decide.

“I even suggested we might debate it live on television – at which point his adviser said it was probably time that we left. We had a very robust exchange of views about that.”