Home » Europe » Strike-buster ‘army’ of 2,000 drafted in to stop halt over Christmas 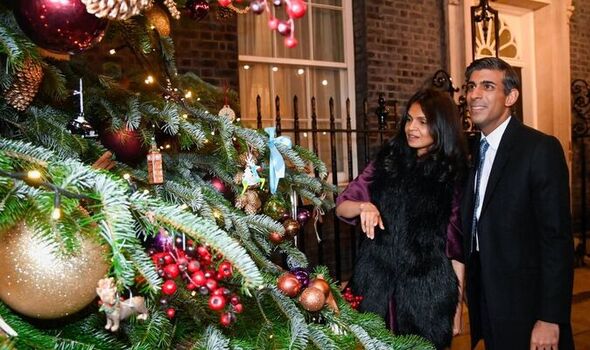 Up to 600 armed forces personnel are involved, alongside 700 staff from the civil service’s Surge and Rapid Response Team, set up in 2015 to respond to unexpected crises in the public services. Volunteers have also been enrolled from other parts of the civil service.

Firefighters, ambulance workers, nurses, teachers and postal workers are all holding strike ballots or have already voted for walkouts.

Border Force staff, who carry out immigration and customs checks, are threatening to bring chaos to ports and airports with strikes later this month, after the Public and Commercial Services (PCS) union voted for action to support a 10 percent pay demand.

Government sources argue there is still time to call off strikes and urged unions and employers to keep talking.

They also point out that public sector unions are demanding pay rises far higher than the average increase of between four and six percent received by private sector workers this year.

A source said: “The Border Force union’s plans to create travel chaos for families this Christmas are all about helping their friends in the Labour Party. They should put people before politics.

“We understand concerns about the cost of living – that’s why the government is providing unprecedented support with energy bills this winter – but pay deals have to be fair and affordable for taxpayers.

“People deserve to celebrate Christmas with their friends and family without enduring travel chaos. The government is doing everything it can to reduce the disruption, but the union needs to stop playing political games.”

The armed forces are being trained to carry out border checks but the Government says a final decision on their deployment has not yet been made.

PCS general secretary Mark Serwotka said: “It beggars belief ministers think military personnel can rock up to our airports with just a few days’ training and adequately fill the places of our Border Force staff.

“This cosmetic exercise to cover the government’s failure to adequately pay its own workers will also have a knock-on effect on post-strike staffing levels because courses for new recruits are being cancelled so trainers can train members of the armed forces instead.”

The strike-busting plans are coordinated by the Cabinet Office’s emergency COBR committee.

Demands for bumper pay rises have been driven by soaring inflation, which stands at 11.1 percent.

Ministers have accepted the recommendations of the NHS Pay Review Body, which proposed a £1,400 pay rise to full-time equivalent salaries, equal to an uplift between 4-5 percent for most workers and a pay rise of 9.3 percent for the lowest earners.

The Government has also accepted all the recommendations of the independent School Teachers’ Review Body and is awarding an increase of up to 8.9 percent for new teachers outside London alongside a 5 percent award for experienced teachers and leaders.

Ministers have introduced legislation currently being considered by Parliament to enforce “minimum service” levels on the transport network, to ensure strikes can only reduce services rather than shutting them down entirely. Sources say officials are working on options including similar laws that could be introduced for other public services.