Reading and Leeds Festivals have revealed their line-up for 2020, with Stormzy as their third headliner.

The rapper will join previously-announced headliners Liam Gallagher and Rage Against the Machine to top the bill.

More than 90 acts were announced including rock and indie names like Gerry Cinnamon and the Courteeners, and rap artists like Migos and AJ Tracey.

The festival takes place in Reading and Leeds from 28 August. 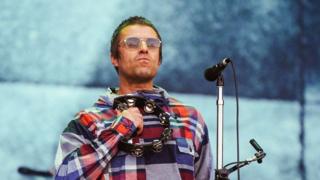 Stormzy was revealed as a headlining act on BBC Radio 1 on Tuesday morning. It comes after he became the first British rapper to headline Glastonbury in 2019.

Mabel, Lady Leshurr and Mahalia were among female acts named on the bill.

The complete line-up for all the stages can be seen on the official Reading and Leeds Festival website.